Farmers and their families are asking the hard questions.

As the devastating drought continues, farmers and their families in the NSW Central West are asking the hard questions about their future. We also asked graziers and horticulturalists how they're doing following the long, harsh winter season. WITH cash at a premium and farmers overseeing dry pastures, many are taking the opportunity the drought to take stock and evaluate their properties' future.

James Hamilton of Collective Advisory has been working as an facilitator with families on succession planning and said the number of inquiries had risen in the past six months.

"It's a very serious question - it's people's careers at stake," he said.

"The younger generation is saying, 'we need to have this conversation - I'm prepared to be here, but I need to know there's something at the end'.

"It's those doing the hard yards during the drought questioning the future, that 'if I'm not going to have the farm in the end, I might as well get out now'."

Mr Hamilton said children were not asking for their share of their farms "tomorrow", but they wanted certainty.

I wasn't prepared to sow dry and hope - last year there was a bit of that and it pays off sometimes. - NSW Farmers Narromine and Trangie branch chair James Hamilton

"They want to ensure the farm stays within the family," he said.

He said families had more choices available to them to keep the farm viable the more time they allowed to plan.

Despite state and federal government drought assistance, Mr Hamilton feared what shape town economies would be in once the drought lifted.

"Some of us have that ability to borrow money, but some of these people who own shops don't and they won't come back," he said.

"There needs to be a greater conversation about that." 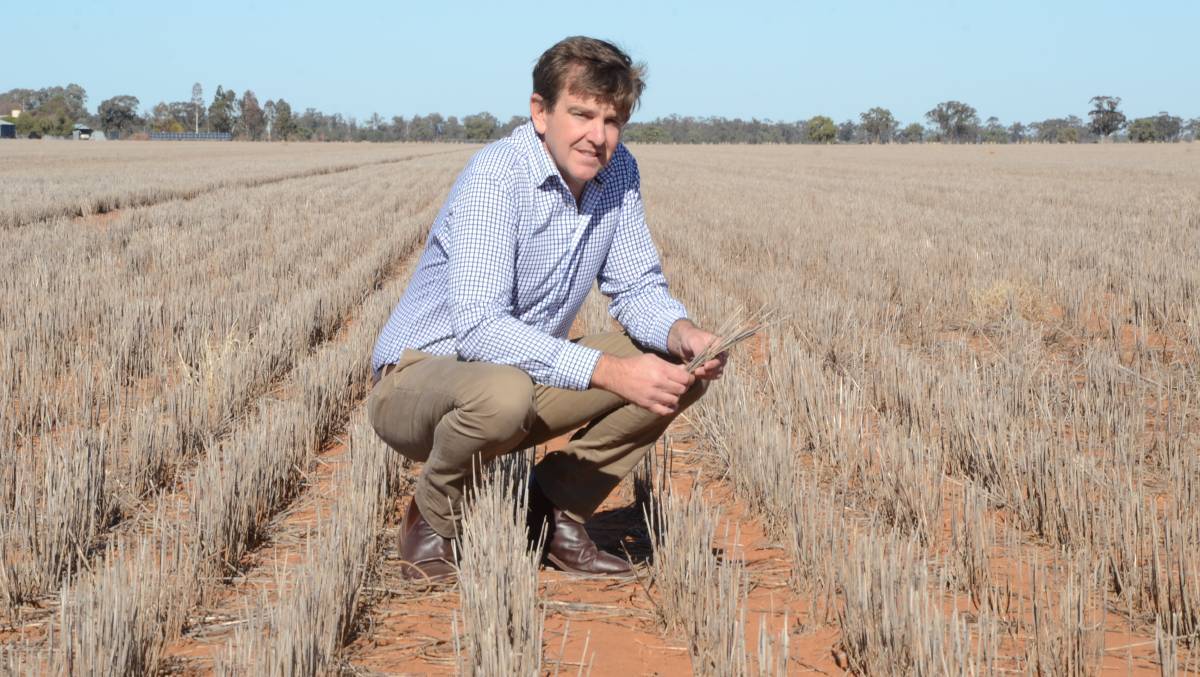 In fact, he said programs providing hampers of food could make the situation worse because they did not support local stores and suggested a voucher system where farmers could spend them in town and those stores could then claim the money.

Wellington Shire Council in Victoria's Gippsland region chose to spend its $1 million drought budget on $700 debit cards, which farmers could apply for.

The state government has offered a transport subsidy to cover up to 50 per cent of the cost of transporting fodder, water, farm chemicals, fertiliser and seed, stock to and from agistment, and stock to sale or slaughter.

Further rebates apply for farms where animal welfare is a concern, while horticulturists can now claim for emergency water infrastructure to keep their trees and vines alive.

The state government has also subsidised training courses for farmers to either upskill or move into a different career. LOWER YIELDS: Narromine agronomist Ryan Pratten says only about 15 per cent of the usual area has been sown.

THEY might only be a couple of hundred kilometres apart, but the region's farmers and horticulturists are faring vastly differently after another dry winter.

Farmers west of Dubbo would normally be looking forward to harvesting their winter crops, but many did not sow this season due to the dry weather.

NSW Farmers Narromine and Trangie branch chair James Hamilton, who grows wheat, barley and chickpeas, said he held out until July to see whether rain would come and none did.

"We haven't planted anything this year, which is the first time ever - myself, I've been here 20 years," he said.

"I wasn't prepared to sow dry and hope - last year there was a bit of that and it pays off sometimes."

He said he would continue to graze sheep for the time being.

I wasn't prepared to sow dry and hope - last year there was a bit of that and it pays off sometimes. - NSW Farmers Narromine and Trangie branch chair James Hamilton

"They've been lambing so once the lambs are big enough, we'll sell the lot if it doesn't rain," he said.

Narromine agronomist Ryan Pratten, who has been helping farmers make decisions on planting and management, said the only farmers still sowing across the Macquarie Valley tended to be cotton farmers with access to irrigation, as well as feed crops.

He said what winter crops were sown would be harvested within the next week. MOUNTAIN OF CHERRIES: Caernarvon orchardist Fiona Hall expects a medium to large crop despite the drought.

"It's probably 15 per cent of [the area] we normally harvest," he said.

"The average yield for us, just the wheat crop, is 2.5 tonnes a hectare - but the average this year will be less than a tonne a hectare.

"The prices are good, but not exceptional and they're not going to make up for the low yield."

Meanwhile, the cherry crop in Orange is set to be largely unaffected, provided the weather holds out at harvest time in November and December.

Last year, some fruit was lost due to hail storms.

Caernarvon orchardist Fiona Hall said she expected a medium to large crop this year, or up to 1500 tonnes, across the Bite Riot Group, which also extends to Mudgee and Griffith. "We've just gone out of blossom and the fruit set looks good so hopefully there will be no shedding," she said.

Mrs Hall said growers had been able to keep their crops irrigated and snowfalls had helped, but dropping dam and bore levels were starting to become a concern.

"We have enough to get us through the cherry season, but the apples might be a challenge," she said.

Orange Region Vignerons Association president Nicole Samodol said while there was "definitely a need for more rain" and growers in Canowindra were struggling, there was still moisture in the soil at the Orange vineyards.

"We've had a great start to the bud burst," she said. 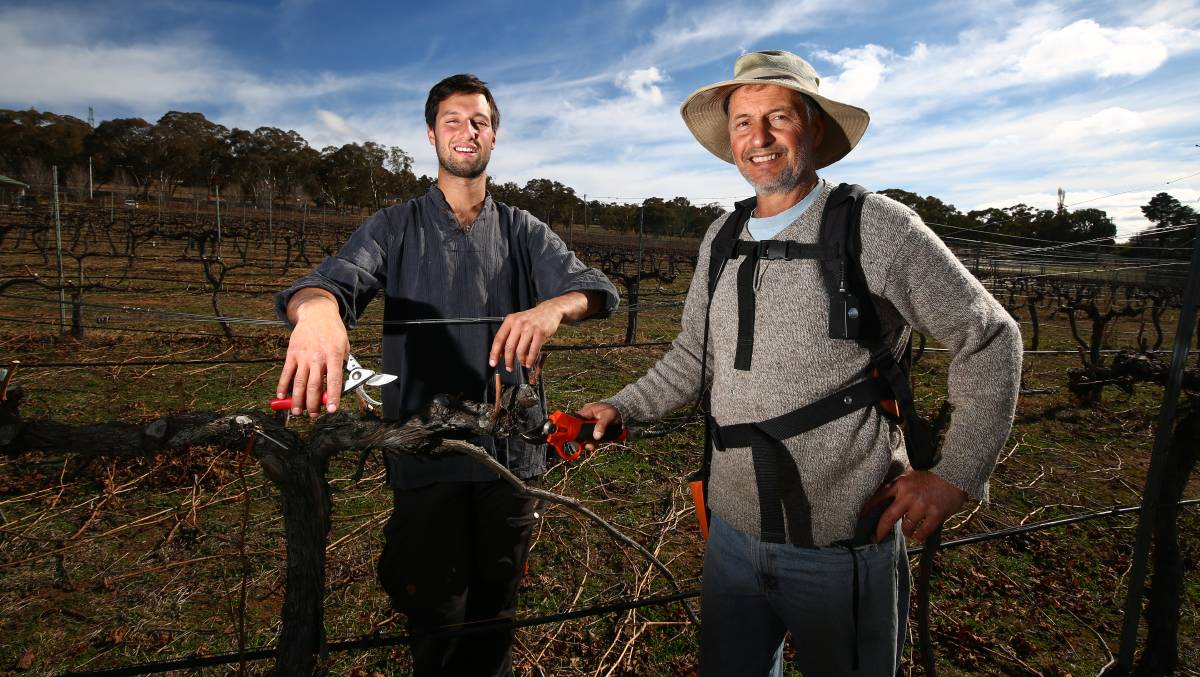 Last season, vignerons reduced the overall number of buds on the vines to concentrate the quality in the remaining fruit, a strategy Bathurst vigneron Mark Renzaglia intends to employ this season.

Last season, his vineyards yielded only a third of the fruit he would expect in a normal year and with limited options for irrigation, particularly at the Mount Panorama vineyard, he hoped the strategy would bring the crop closer to 70 per cent.

"You really want to give them some water prior to the end of winter," he said.

"We've pruned almost twice as hard as we normally would and we've left much less buds - if the vine is trying to support more shoots, that can lead to getting less foliage, which is what shades and ripens the fruit."

Mr Renzaglia will start harvesting in February, through to April. 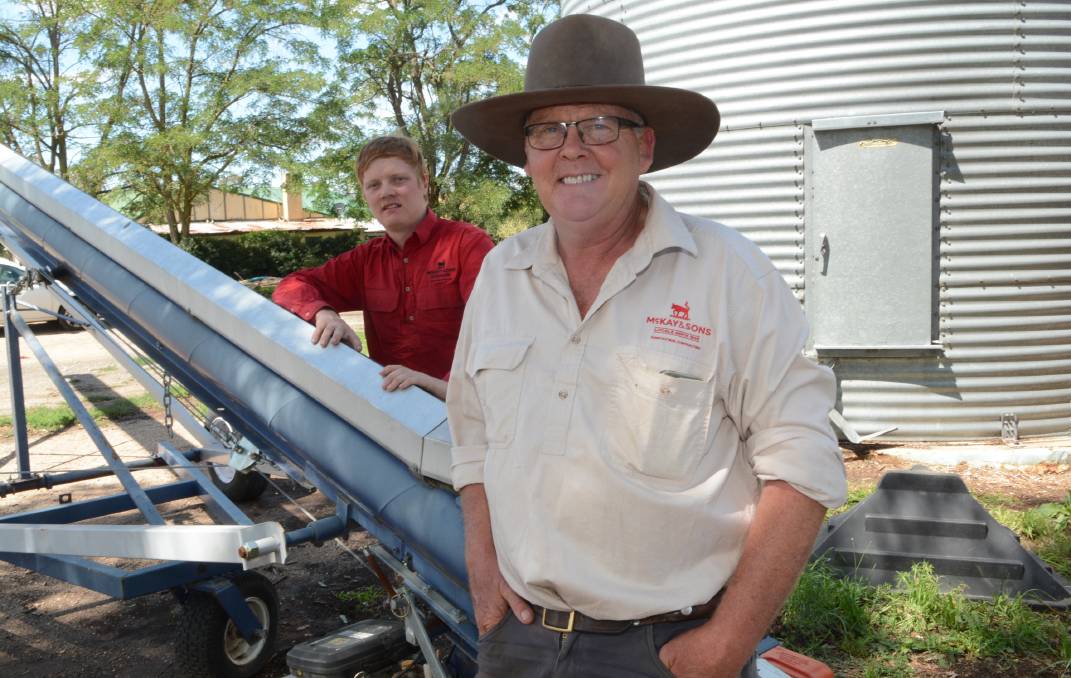 NSW Farmers Bathurst Branch chair David McKay, who runs cattle, said most farmers in the region were grazing pastures they might normally sow with lucerne and some were making hay.

He said his herd was down to 50, mostly breeding stock and the calves he was raising for market.

"A lot of people have been culling off their sheep - shearing them and then selling them - sheep are good because the wool's worth a bit still," he said.

"We're doing better than out west, but we're still on the knife." AS governments hand out money for pipelines and advertise the benefits of Snowy Hydro 2.0, councils remain concerned about the worsening water situation.

The drought was at the top of the agenda at last week's Local Government NSW annual conference, with 16 separate motions submitted from across the state.

Orange, Cabonne, Parkes and Narromine councils submitted five of them - Orange called the state government to form an emergency plan for the current and plan long term infrastructure, while Cabonne also called for a plan in partnership with the stakeholders in its catchments.

Parkes called for a taskforce, while Narromine called for an immediate boost to dam storage.

The conference delegates passed two overarching motions, which have become Local Government NSW's platform - one asked the state and federal governments for more funding to help communities deal with the drought and set extra aside for recovery, through joint organisations.

The other asked for an emergency plan, including the flexibility to transfer water without a water allocation and securing town water supplies, plus a 40-year plan for infrastructure ensuring population and economic growth targets could be achieved.

The resolution stated strategies "should not exclude" ambitious projects the size of Snowy Hydro and should include stormwater harvesting, demand management and recycling.

Local Government NSW president Linda Scott said it was an emotional issue for the councils who watched their communities struggle.

"They're desperate to get help," she said.