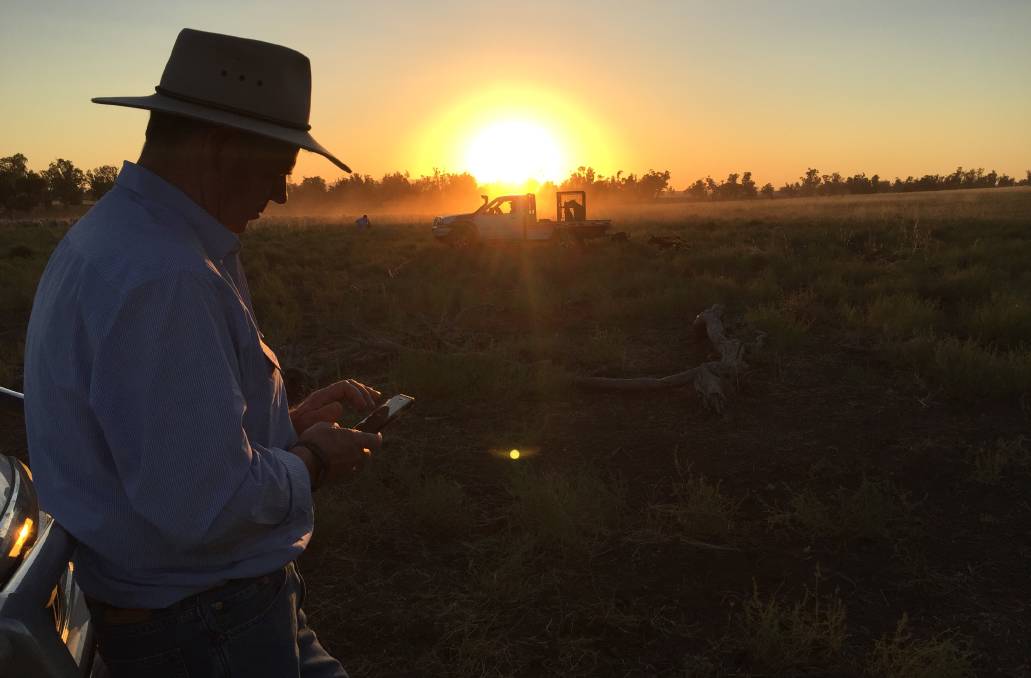 When most people think of tech entrepreneurs they think of a hoodie wearing millenial from Silicone Valley, not a lifelong livestock agent from Gunnedah, but that's exactly what Guy Gallen is.

When most people think of tech entrepreneurs they think of a hoodie wearing millenial from Silicon Valley, not a lifelong stock and station agent from Gunnedah, but that's exactly what Guy Gallen is.

When he began his career back in the early 1970s, he never could've imagined the technological advancements his industry would make in the coming decades, let alone the fact that he would one day be driving them.

Long before he developed his revolutionary livestock trading platform FarmGate Auctions, he worked for his father. In fact, he worked for free for the first 12 months of his career before finally receiving his long awaited $18 paycheque. He spent the next 50 odd years gaining invaluable insights into how the industry works.

In his time he has seen a lot of changes - from carcass weight pricing to computerised selling - however perhaps the biggest evolution occured with the launch of the internet.

Not only did it allow agents to sell online but the increased connectivity heightened awareness around animal welfare in transit. It was this trend that first prompted him to sit down with his business partner Matt Murphie and discuss their future. 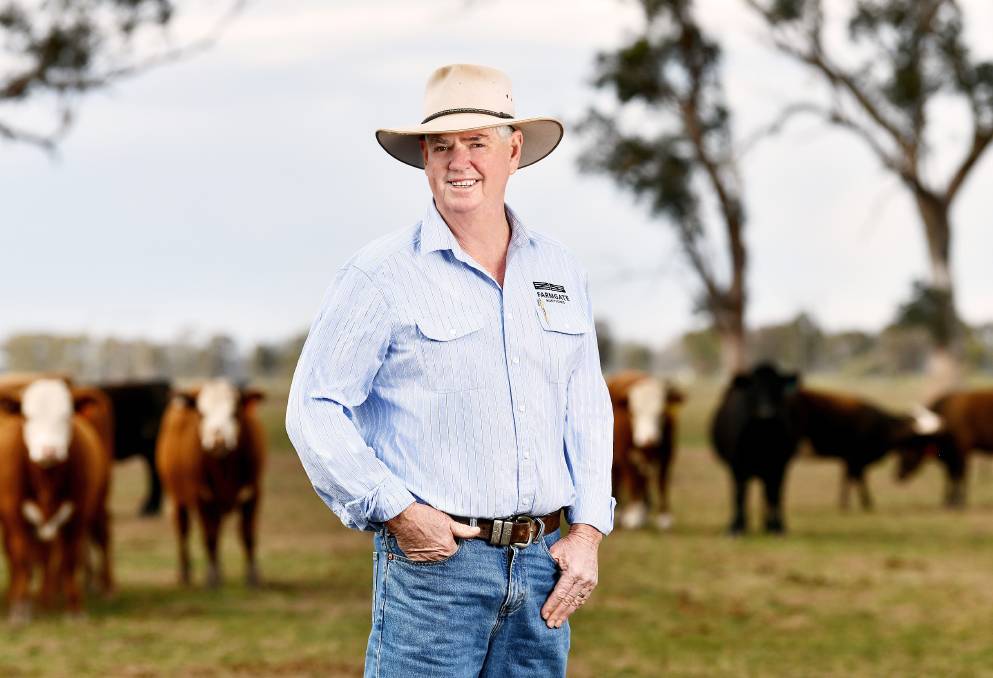 "There was a real shift underway in the industry towards an online assessment process and sales and it was mostly due to concerns around animal welfare," Mr Gallen explained.

"If you can market livestock in the comfort of their own surrounds, by the time you truck them to their final destination they arrive in a better condition than what they do if it you truck them here, there and all over the place," he continued.

"The more you truck and poke and prod them the worse their condition becomes... So, we could feel that shift in the industry happening and being independent agents, we didn't want to be left behind."

At the time, the only online platform for stock and station agents was owned by two large firms. The pair believed it was possible however to build their own platform and introduce some competition into the marketplace.

Mr Murphie worked in financial services and had a lot of experience in tech. Mr Gallen had a lifetime of industry experience and an understanding of what agents and his clients need when trading online.

So the pair sat down and over a couple of schooners agreed to pool their collective knowledge to build the future of the industry. Four years later, they've done just that.

FarmGate Auctions is held its inaugural cattle sale last month and achieved a clearance rate 89 percent, with sales reaching close to a quarter of a million dollars.

Mr Gallen expects this is just the beginning for their platform, which has been specifically designed for the local market and is brimming with the features and functions vendors, agents and producers have all been clambering for.

One of the major selling points: if you're a livestock agent, you don't need an internet connection to enter your assessment data.

All you need is the app installed on your device and an active account. That way you can go out to the paddock, enter all relevant information, add your photos and videos, and then when you have internet, you can simply sync it.

"A great percentage of producers have no internet connections at all," Mr Gallen said.

"So, having the ability to enter data and save a Lot offline is a huge step forwards... We have pioneered the technology."

Another of the app's innovative functions is the introduction of the Live Auction, not dissimilar to the ones most people are used to on platforms such as EBay. It gives buyers the ability to watch, bid or walk away, whilst simultaneously alerting them of other Lots they may be interested in. This way, if they miss out on the Lot they were bidding on, they can still snag another.

It also empowers vendors too by allowing them to set a reserve for their livestock, if that price isn't met they can withdraw it from sale and re-offer them in a future action. It's no skin off their nose.

This is a big step forward for vendors who currently feel compelled to sell because they've already splashed thousands of dollars on feedlots and trucking them to the saleyards.

Perhaps most appealingly though, Mr Gallen says, is the fact that it connects everyday producers with a much larger marketplace, which is especially important to drought stricken farmers, where every dollar counts.

"At Gunnedah, where I am, it's so dry at the moment, it is actually unprecedented. So, what I can do is list some cattle and market them to everybody in Australia," he explained. 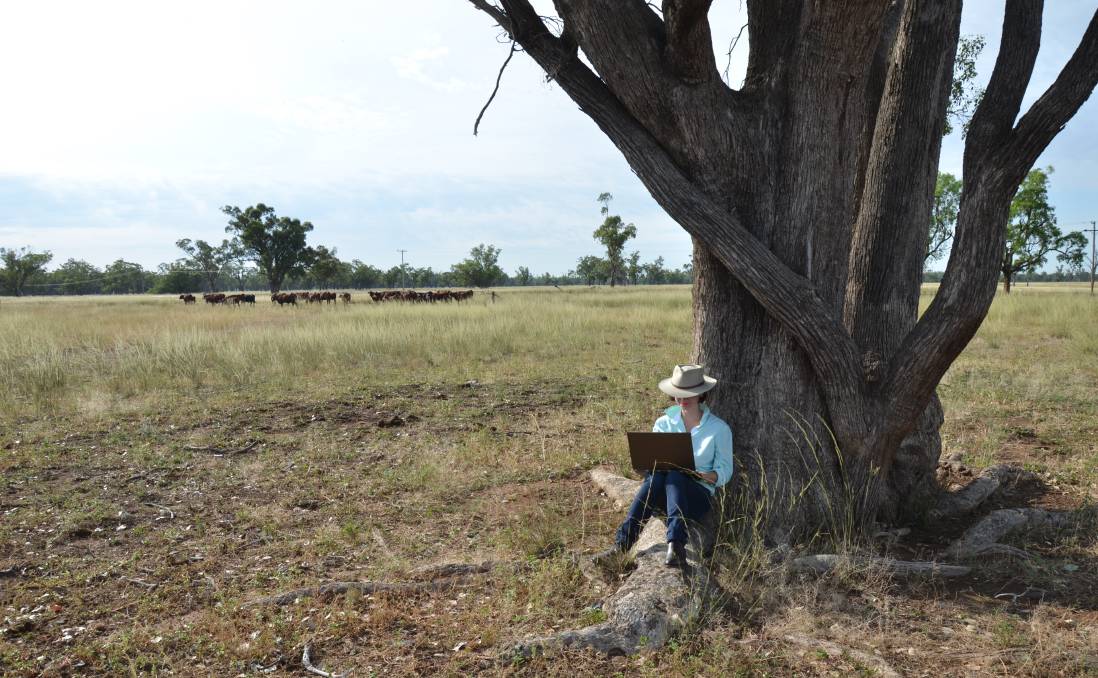 The app also offers customers extra security and peace of mind to customers thanks to anti-scammer measures. In order to sell livestock on the platform you need to be a licensed agent or a permit holder in your relevant state or territory.

While Mr Gallen acknowledges there is always going to be a need for saleyards and clearance sales, he believes online marketplaces are the way of the future.

"Over the years, I've jumped in cars and driven hundreds of kilometers to buy cattle from a sale and on the morning they've been scratched, even though they were confirmed as being on offer the night before.

"You don't have that issue with us. As a buyer it saves you a lot of time and money on travel. So, there's a lot more plusses with online assessments."

FarmGate Auctions will continue holding fortnightly cattle sales until the end of the year with the aim to introduce sheep sales early 2020. The platform also has the capability of doing stand-alone sales on upon request.

Livestock buyers and sellers are encouraged to download the free mobile app for iPhone and iPad on the App Store or head to www.farmgateauctions.com.au on desktop to register.