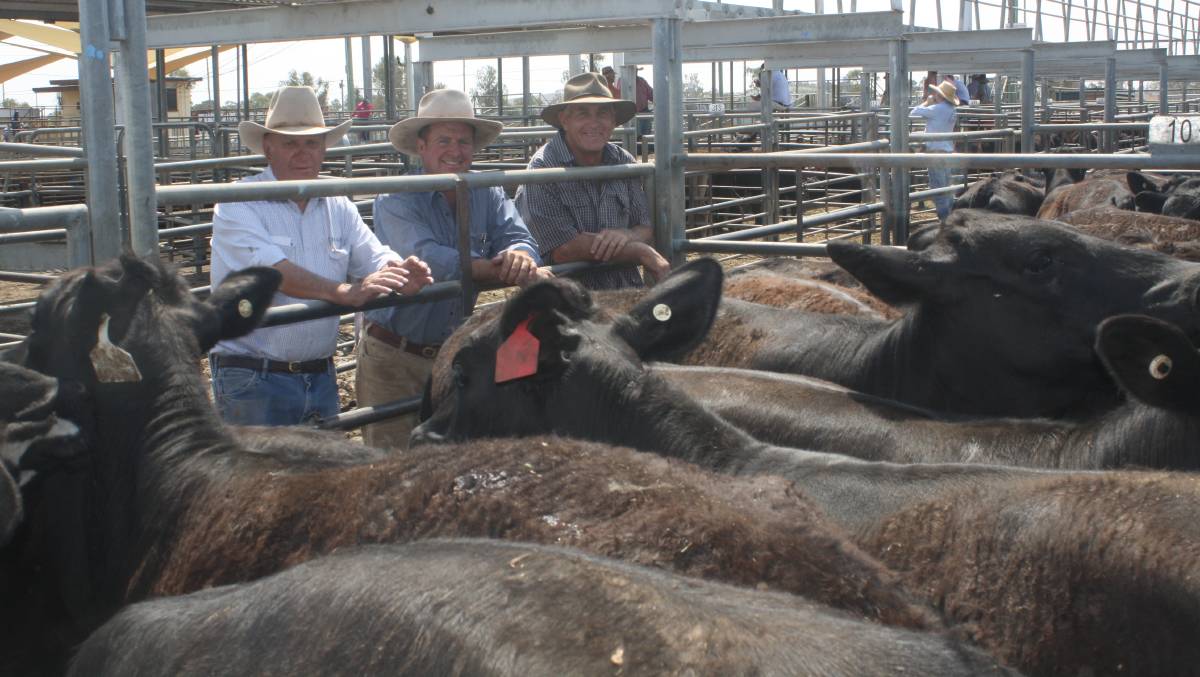 PT Lord Dakin agents Tony Morcom, Mark Garland and vendor Mick Walker, Coonamble, with the top price pen of steers which sold for $950/hd to an Echuca, Victoria, buyer. Heifers sold to $880for a pen of 80 selling to Geurie. The Walker family's 2500 steers and heifers drew widespread attention with strong interest and competition for the big heifer drafts.

HEIFER drafts in numbers appealing to beef producers who can either fatten or keep to join, depending on weather conditions, were the centre of attention among the 2500 complete 2018 drop of Angus/Santa Gertrudis steers and heifers sold in the 3000 head yarding at Dubbo's store cattle sale last Friday.

Selling to a top of $880 for a pen of 80 head bought by a Geurie restocker, the heifer portion of the yarding had attracted much of the interest from near and far, according to selling agent, PT Lord Dakin and Associates' Paul Dakin.

Steers sold to a top of $950 for 110 head to an Echuca, Victoria, buyer, while Walker-bred youngsters from Turilla and Cashmere West, St George, Queensland and Notongong, Coonamble, sold to four states. 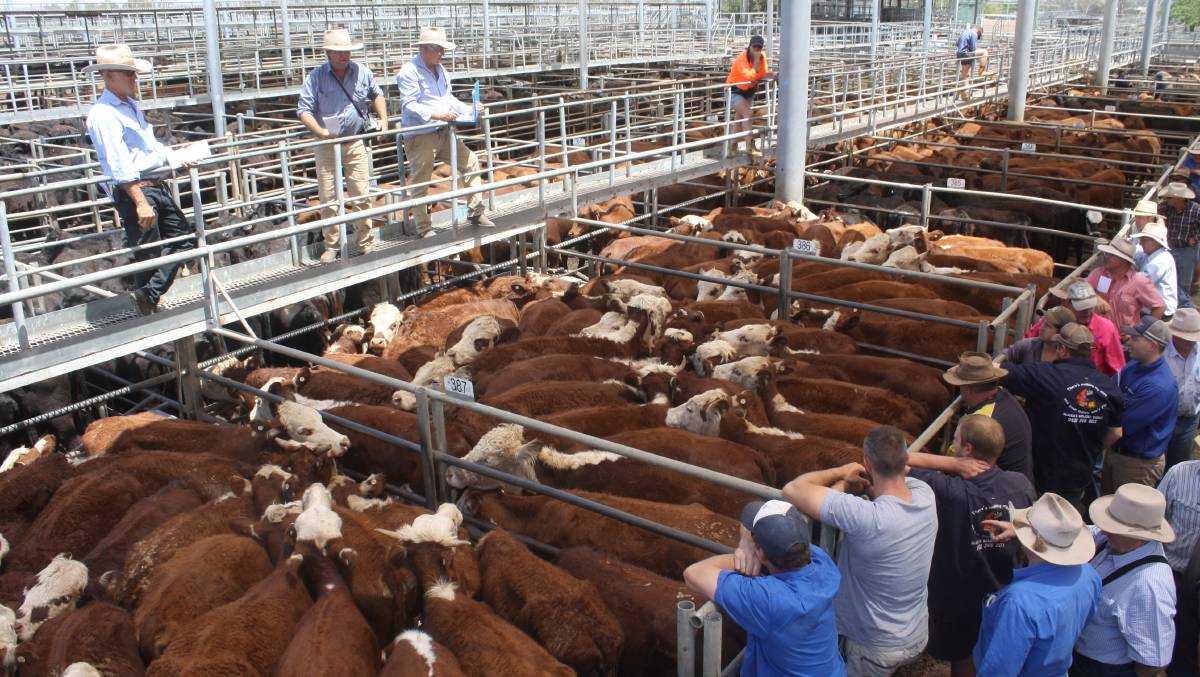 "Enquiry was wide-ranging with more interest in the line of females which set up positive auction results," Mr Dakin said. "We fielded more phone calls about heifers than steers, but buyers really drove the female market.

"Mind you, the steers were right up there with rates equal to what has been achieved throughout the year."

Overseeing the sale, Mick Walker said the family decided to sell the complete drop of calves at one centre on the one day.

"The drought has forced us to make the decision, and it was a big risk, but it's paid off and we appreciate such strong support as many buyers who know our cattle have backed up to purchase," Mr Walker said.

"We moved most of the cattle down to Coonamble six to seven months ago."

Notongong is normally the growing out and fattening ground for each of the Walker drops.

Mr Dakin said there were good lines of steers for backgrounding, but also the runs of heifers went to both lot feeders and potential breeders.

A draft of 40 Santa Gertrudis steer weaners, 10 to 12 months of age, from Umagarlee, Wellington, sold to Shepparton, Vic, at $740 a head. A showy pen of Angus cows with calves-at-foot topped the cow/calf market at $1460 a unit while a run of Angus and Angus-cross cows presented from Moree made to $1080 a head.