The Peterson Farm Brothers are back with another parody tune - Crazy Grain.

The Peterson Farm Brothers are back with another parody tune - Crazy Grain.

Originally by Ozzy Osbourne, Crazy Train has been given a decidedly farming feel by the brothers Greg, Nathan and Kendal, from Assaria, Kansas, US.

It's certainly a heavier feel for the brothers who've previously covered everybody from ACDC with Tractorstuck (Thunderstruck parody); PSY's tune Gangnam Style which became Farmer Style, and even Katy Perry's song Roar has been given a farming feel with Chore. 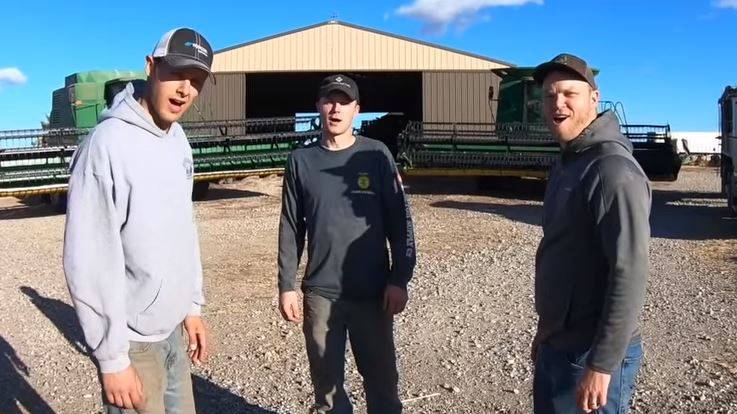 The brothers are fifth generation family farmers who farm together with their parents David and Marla, their sister Laura, and wives BrookeAnna (Greg's wife), Riley (Nathan's wife) and Caelan (Kendal's wife).

Never encountered the Peterson Farm Brothers before? Well, let us take you through some of their excellent back catalogue.

The time they took off LMFAO's I'm Sexy and I Know It, making it I'm Farming and I Grow It:

You can see them all on their YouTube channel here.