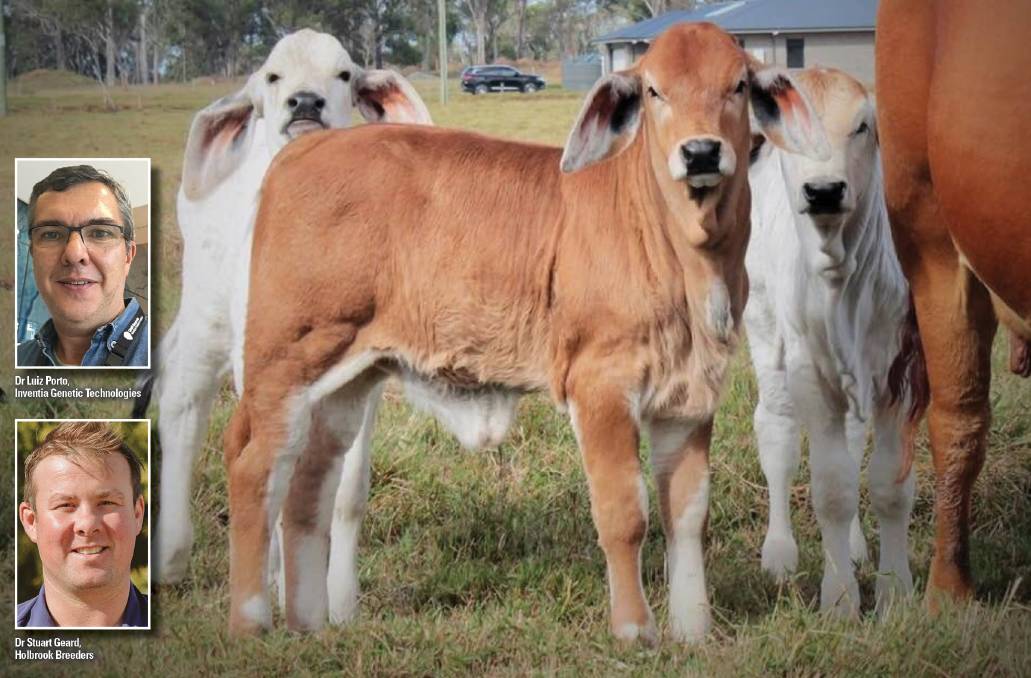 Ultimately, the choice of IVF or conventional flushing depends on the individual and what suits their system, but there are pros and cons to both techniques. Photos: Supplied

We summarise some of the main differences between and the pros and cons of in vitro fertilisation and conventional flushing of cattle.

WHEN optimising genetic material in cattle there has been a long held argument as to what is better - in vitro fertilisation (IVF) or conventional flushing?

Both reproductive procedures allow rapid genetic gain, optimise lifetime productivity of elite females, introduce new bloodlines and ensure quality genetics are retained despite injury or outside challenges, which is proving important in the current drought.

Ultimately, the choice depends on the individual and what suits their system, but there are pros and cons to both techniques.

IVF started commercially in the industry in 2000, but had substantial growth from 2004. Inventia Genetic Technologies business development manager Dr Luiz Porto of Brisbane spent 16 years doing IVF in Brazil and now completes work for some of Queensland's biggest seedstock breeders.

"Eggs are taken directly from the ovaries (oocytes from follicles) to the lab for fertilisation," he said.

"They keep growing for seven days in an incubator and after seven days they are ready for freezing or fresh embryo transfer."

Conventional methods are just as relevant today. Holbrook Breeders veterinarian Dr Stuart Geard flushes between 800 to 1000 donors per annum and transfers between 5000 to 8000 embryos per year depending on season. It involves super stimulating donors using follicle-stimulating hormone.

"The embryos are fertilised within the cow for seven days, and are flushed seven days post AI (artificial insemination)," Dr Geard said. "Considering a cow can only have one calf per year, the ability to flush on our artificial breeding centre every 35 days can optimise the multiplication of preferred genetics" 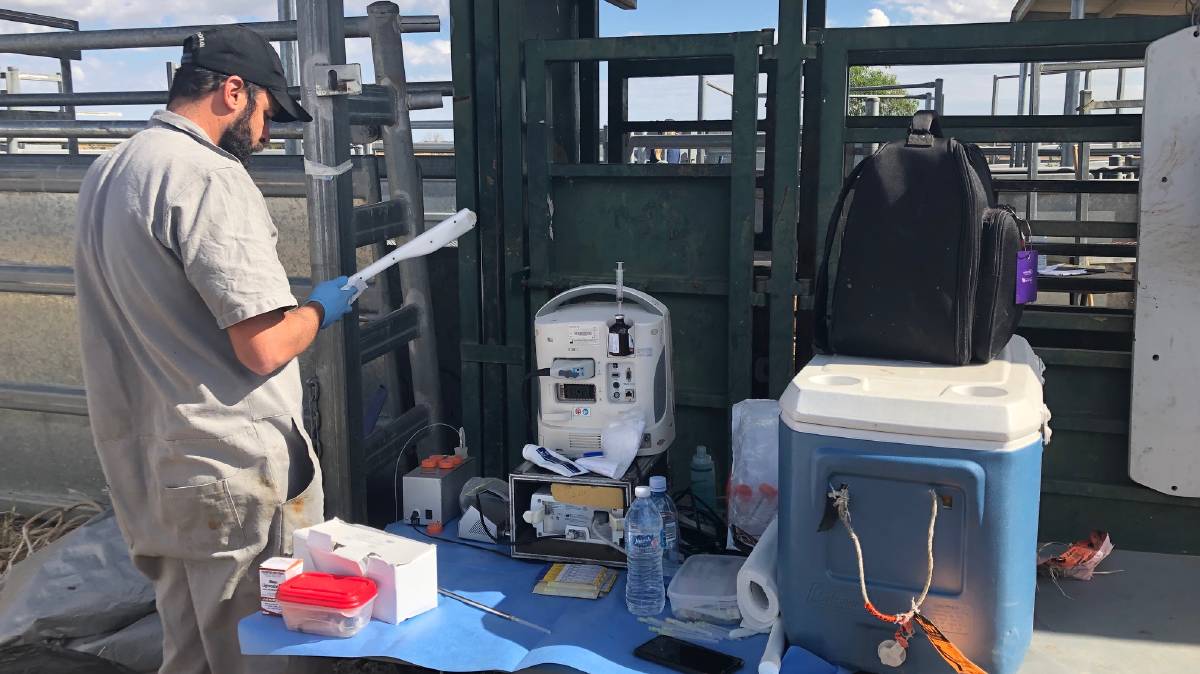 IVF has a shorter interval between programs as a donor can undergo egg collection every 14 to 21 days. For conventional flushing, collection can be every 35 days.

One of IVF's biggest advantage is donors don't require drugs prior to egg collection; no synchronisation takes place and no FSH is given to superovulate. Dr Porto said it was not as time consuming for farmers, making collection quicker.

"There are no eight injections, two AIs - it is more practical from a time perspective," he said. "All farmers have to do is run their cow in when we are there for collection. We can do four to five cows per hour."

In a conventional flushing program, a course of FSH is given with dosages varying between programs and animals. Controlled internal drug release technology that slowly releases progesterone is also used, as well as oestradiol, gonadorelin acetate and prostaglandin injections.

"The drugs do not noticeably impact the donors," Dr Geard said. "We have flushed cows every 35 days on centre for two years straight and have had no problems getting them back in calf. However, if the drugs are used irresponsibility or incorrectly, they can cause problems." 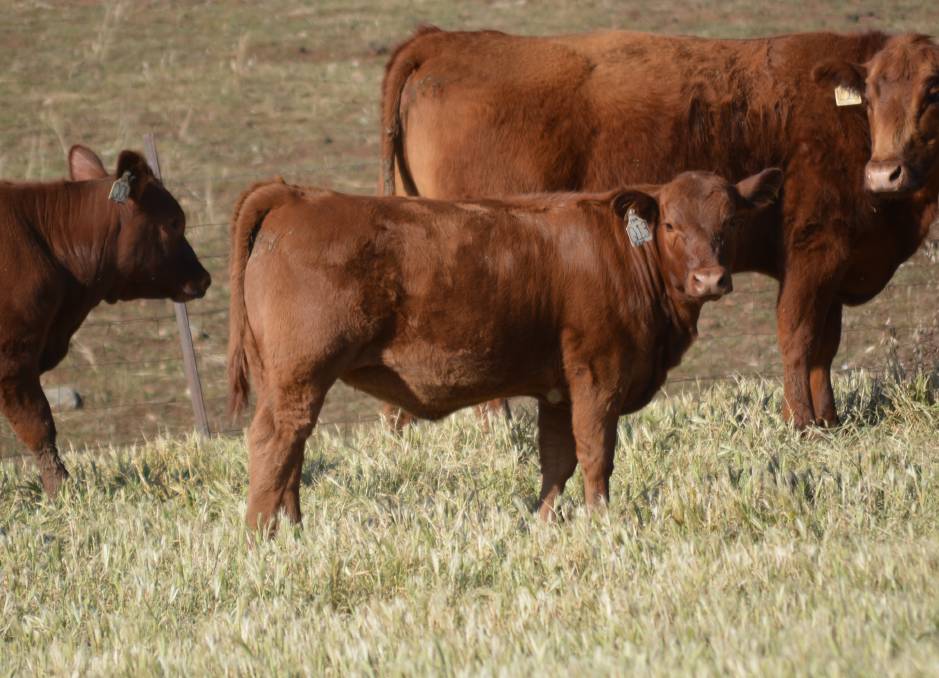 Both techniques are available to all breeds, however the success rate varies between breeds for IVF.

Dr Porto said IVF tended to work better on Bos Indicus cattle including Brahman, Droughtmaster, or composites such as Brangus and Ultrablacks.

"They tend to respond better to the process than the Holstein, Jerseys, Brown Swiss, Angus, Wagyu and Bos Taurus breeds," he said.

"The average for Bos Indicus can be more than seven embryos per aspiration from each cow, whereas some Wagyu clients may only average four embryos/aspiration/cow." Dr Geard said Bos Indicus cattle tended to have a lot more follicles in their ovaries allowing a greater ability to pick up more oocytes in an aspiration compared to Bos Taurus.

"The thing about flushing, and all programs, is so many factors can affect results," Dr Geard said. "Genetics of the animal, nutrition, disease, and stress - they all need to be managed but nutrition is a big thing. Energy drives reproduction, while high protein levels will cause poor results. We recommend no more than 12 per cent protein, anything over will cause a decline in fertility."

"This means avoid highly volatile grains (barley and wheat) that will cause acute fluctuations in rumen pH and early stage clover and lucerne pastures which are very high in protein. We get the best results in December and January when the feed hardens up."

"Generally we can range from 40 to 90pc," he said. "Over a year, if we tally it all up, we can average 5.5 freezable embryos and seven fresh embryos per donor per collection.

"Recipient reproductive productivity is conventional embryo transfers biggest advantage over IVF. Reproductive performance is a major driver of profit in our production systems within Australia. With producers looking to have shorter more productive joining periods of 6-8 weeks, empty recipient cows do not fit this production model."

In IVF, Dr Porto said their average across the 8000 embryos they put in over the past 18 months saw a 52pc conception rate for fresh embryos across 72 properties.

Dr Geard said there were key stages to conception, and losses could occur along the way.

"The first is fertilisation, then maternal recognisation of pregnancy at around day 16 when the embryo signals to its mother that it is there and not to cycle," he said.

"At around day 35 to 42 the embryo placenta attaches to the maternal uterus and that is a critical point of pregnancy. In conventional embryo transfer there is a loss of 10pc between day 35 and 42, whereas from what I have seen IVF can be significantly higher." 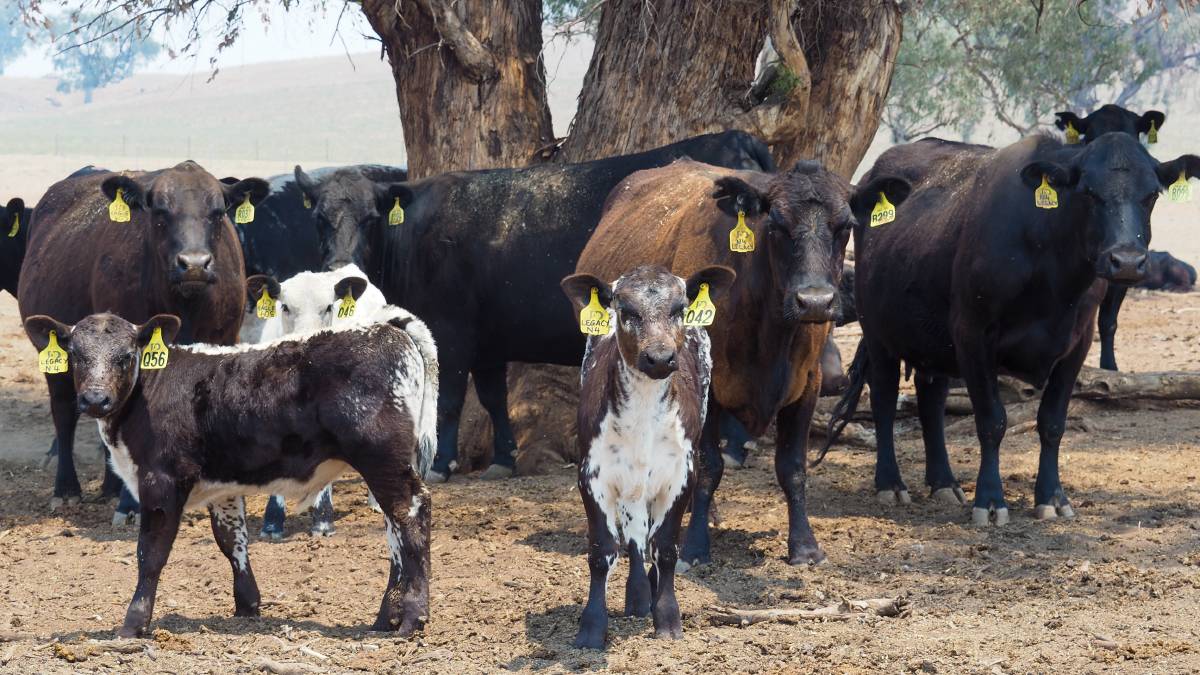 Charging on with conventional ways

When establishing their JAD Speckle Park stud, Justin and Amy Dickens used conventional embryo transfer to bring new genetic lines into the country, and establish a point of difference.

They have spent more than $460,000 on embryo purchases from Canada and New Zealand alone, which paid off during their inaugural sale earlier this year when bulls averaged $11,214 and heifers averaged $11,365. The Dickens have continued to flush more of their cows and will be expecting 170 calves in 2020.

"We are now working with a cooperator recip herd and using our own cows to build our numbers," she said.

"For us, with the cost of Speckle Park embryos, we will never buy IVF embryos because the embryo quality isn't as high, and therefore the stick rate isn't as high. From a perspective of producing IVF eggs, we cannot justify the cost verse the reduced stick rates."

The ability to collect eggs from pregnant cows is the biggest difference between the two reproduction techniques. Conventional flushing requires the donor to be empty prior to the collection procedure as fertilisation of the eggs occurs within the animal. But with IVF, eggs can be collected one to two weeks after calving or until the female is 90 days in calf, Dr Porto said. Therefore cows stay in their traditional autumn or spring-calving programs, and produce a natural calf annually.

IVF could be up to 2.5 times more costly per calf produced if conception rates are low, based on empty recipients, making conventional flushing a cheaper option, according to Dr Geard.

Dr Porto said the costs were lessened when spread across a higher pregnancy rate. IVF can be cost saving in other ways with one straw of semen able to fertilise eight to 10 cows while one sexed semen straw can fertilise up to eight cows.

For some breeders in the north, in vitro fertilisation (IVF) has been an easy choice for them to speed up the rate of genetic gain.

After doing conventional flushing on and off for the last 15 years, Cambil Brahmans at Proserpine, Queensland, moved to IVF in the last five years to multiply the genetics from their leading females.

Lawson Camm from Cambil Brahmans found the best bulls they were selling came from their strongest cow families, and they wanted to optimise their genetic potential.

"We were running into trouble with (conventional) embryo transfer - some were responding well to the drug FSH (follicle stimulating hormone), others couldn't handle it," Mr Camm said.

"But with IVF we have had no problems because no drugs are used. IVF lends itself to Brahmans and to us with where we live.

"We can access bull semen from leading bulls around the world and with IVF we can multiple the genetics from the leading females as well."

"We have a number of donors ... we can do our cows that are early in their first trimester of pregnancy," Mr Camm said.

"Because we are using superior cow families, we find their progeny more predictable so we aren't frightened to use a young heifer (for IVF) knowing she is coming from our strongest cow family."

The Camms transfer about 80pc of embryos fresh, but also put frozen embryos in recipients throughout the year.

"It has been more expensive (than conventional flushing), but we are consistently getting about a 50 per cent pregnancy rate from embryos put in," Mr Camm said.

"When we get those rates, it becomes more economical ... and it is less labour intensive."

"It is an aid to us with Brahmans because there has been demand for poll genetics coming into the breed," he said.

"It gives us the opportunity to multiply the superior poll cattle a lot quicker."