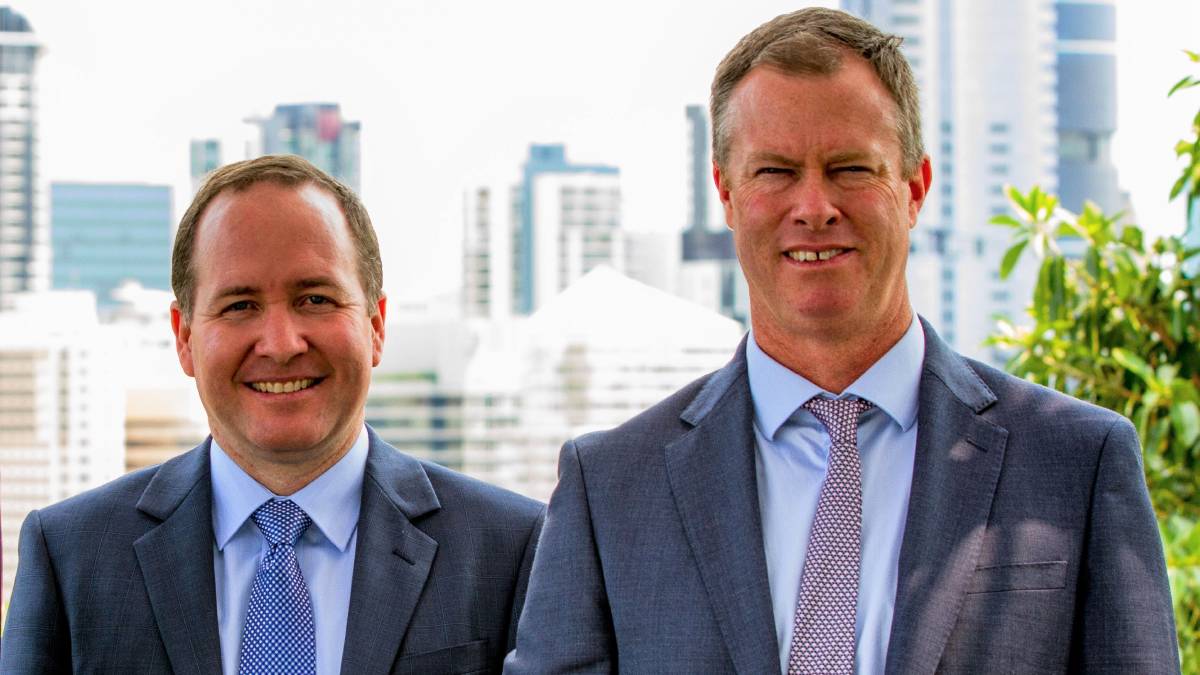 Ben Forrest and Grant Veivers have launched a new company in specialising in agribusiness transactions.

A NEW agribusiness company is set to enter the Queensland and Northern Territory markets in 2020, servicing both family and corporate stakeholders.

Headed by Ben Forrest and Grant Veivers, Resolute Property Group will specialise in agribusiness transactions. The Brisbane-based company also has its sights set on commercial and industrial sector as well as valuations.

"The culture of Resolute Property Group is focused on servicing both the family and corporate sectors," Mr Forrest said.

Mr Forrest is no stranger to agribusiness. Born and raised on grazing country in western Queensland, the former jackeroo completed a degree in agribusiness at UQ Gatton.

In 2016 he joined Colliers International in Brisbane where he was involved in medium and large scale transactions. In 2019 headed up the Colliers' Queensland property transactions team.

Mr Forrest, who is also a qualified finance broker, has been involved in more than 50 transactions with a value of $220m-plus, which has included a wide variety of agri-sectors. A highlight was the $35 million-plus sale of Clifton Hills.

Grant Veivers brings a strong emphasis on production to the new business. He was based in the Arcadia Valley for the past 25 years operating as a commercial and stud beef producer.

During the same period the Veivers family also owned the highly productive 3800ha Arcadia Valley property Billabalong. The highly regarded property set a new record for that district of $4940/ha when in was sold this year.