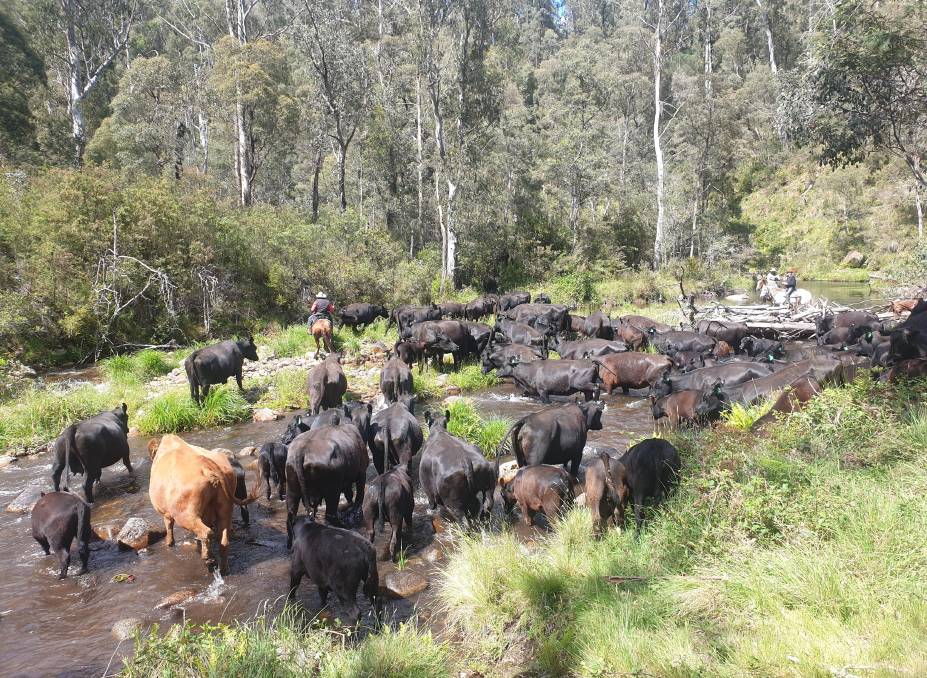 INTO THE BUSH: The McCormack family push their cattle up into the King Valley each December, leaving them there until April the following year. Photo: Rhyll McCormack

Grazing cattle in the Victorian high country has been a practice extending over 150 years, but very few families now take advantage of the summer pastures on the Alpine plains.

But the McCormack family from Mansfield, Victoria proudly continue the timeless trek taking three days to drove their Angus cows with calves slowly along the Buttercup Road over Mountain Number Three to the flats alongside the headwaters of the King River.

Other Mansfield district families have long had an association with the High Country and include the Lovicks, Stoney's and Purcell's. 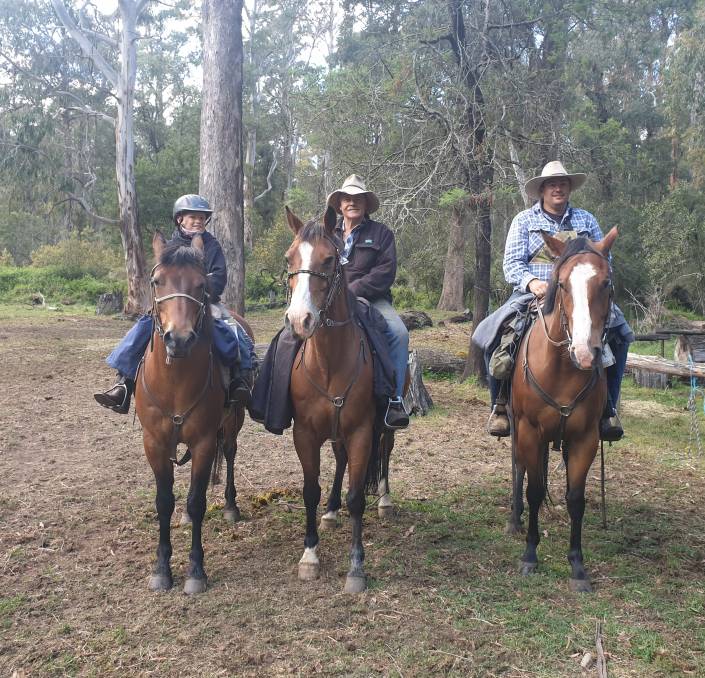 Most have had their licenses taken away, or have chosen to remain in the low country over summer, but Bruce McCormack would not swap his muster for all the tea in China.

Each year is different and in December the riders were dodging snowflakes as the cattle huddled together to avoid the cold summer rain.

But despite the inconvenience of wet jeans, slicked hair and misty mornings smiles can be found on every face of the McCormack family from the youngest grandchild, four years old, who is riding on the saddle with Nan to Bruce himself as he mounts his horse to lead the riders out of the home yard gate.

Whereas a lot the cattle are trucked to the high country leases, Bruce prefers to walk his herd into the mountains.

"It's all about spending time with the family, and doing that while we are out in the bush together.

"Showing the kids where the cattle need to go, helping them find them again in the early morning on day two and three."

With fires raging across the country, Bruce noted it is more important than ever to keep the practice of cattle grazing in the mountains alive.

"There have always been arguments for and against grazing in the High Country, and our run has moved back to the State Forest as a result," he said.

"But it is pretty obvious, just by driving through the National Park, that not allowing cattle in does make a big difference - there are blackberries and bracken where there would once have been grass."

Bruce McCormack is also president of the Mountain Cattlemen's Association of Victoria (MCAV), and said he considered his grazing run a privilege, not a right.

"I like to think we are doing something for everyone by being up here," he said.

"That the cattle keep the weeds and undergrowth at bay, while providing a living link to our pioneering ancestors."

While the cattle are in the high country, they are regularly checked and salt licks are replenished ensuring the stock stay in the area.

They are also accustomed to being called and when its time to bring the cattle down the muster is made easier.

Families come from near and far to help out on the muster with some flying from interstate to take part in the long-standing tradition.

It is not uncommon for the cows with their calves to make their own way home down from the high country once the weather starts to turn cold and often the local shire gets frantic calls from people concerned at seeing small mobs of cattle apparently wandering along the bush roads.

But they are assured it is only the McCormack cattle and that they know where they are going.

That is one of the advantages of droving the cattle into the high country as they recognise the way home.

"All I want is that we all learn about the bush, about the best way to manage it and to appreciate what we have here on our doorstep," Bruce said.

"After all looking after the High Country is something we have been doing for 150 years."