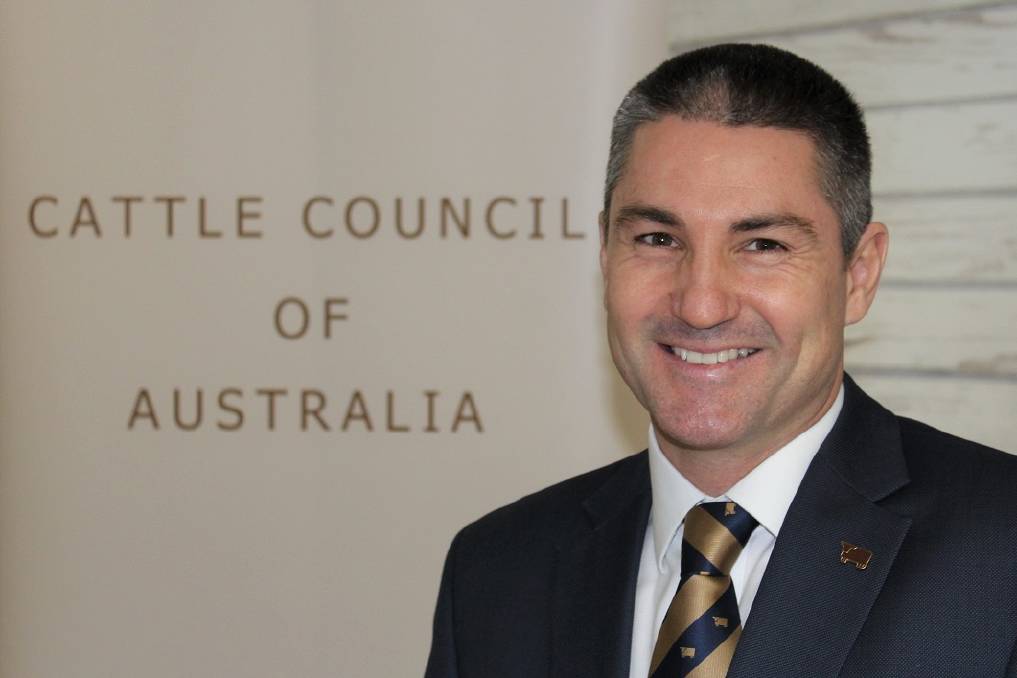 For those of us fortunate enough to have enjoyed some down-time over the Christmas period, we should spare a thought for producers on the land for whom, due to seasonal conditions, any sort of meaningful break was impossible.

Summer is often a period when the extremes of Australia's weather are front of mind.

In the past 12 months, we've seen the full range of those extremes with floods, fire and prolonged drought which, in one way or another, have all been unprecedented.

The perseverance of the producers who have been caught on the frontline of these events is inspiring.

Given the determination and resilience shown at a grassroots level by producers, it is only appropriate that the same commitment be shown by those who are charged with representing producers and advocating on their behalf.

While the year-to-year challenges and opportunities over those four decades have regularly changed, Cattle Council's commitment to representing all of Australia's beef cattle producers has remained constant.

The Council's focus on setting the strategic direction and the right policies to lead Australia's livestock and red meat industry towards a sustainable future are unwavering. The imperative of maintaining throughput and supplies to our cornerstone markets has seen cattle-on-feed numbers hit record levels in the past 12-months.

That future success depends on the productivity and profitability right through the beef supply chain, with producer and farmgate sustainability at its foundation.

In the midst of widespread, devastating dry conditions it can sometimes seem that all of our research and investment in building productivity is made undone when cruel seasons cripple our production.

However, an industry-wide focus on fertility and modern genetics, coupled with ever improving utilisation of pasture and water, means a quicker post-drought recovery is now achievable.

What's more, the boom-bust extremes of previous droughts have been smoothed somewhat as the supply chain has grown more sophisticated.

The imperative of maintaining throughput and supplies to our cornerstone markets has seen cattle-on-feed numbers hit record levels in the past 12-months, as lot feeders played a huge role in absorbing the flow of cattle which might typically be finished on grass.

The drought has reinforced the shared objectives of red meat industry stakeholders, from producers and grass finishers through to lot feeders, processors and live exporters.

Our mutual goals need to be reflected in the way we effectively advocate on behalf of the whole supply chain.

In 2020, that whole-of-industry representation structure will be front of mind for Cattle Council as well as other peak industry councils.

The drought has reinforced the shared objectives of red meat industry stakeholders, from producers and grass finishers through to lot feeders, processors and live exporters. - Travis Tobin, Cattle Council of Australia CEO

As we have in 2019, Cattle Council will continue to enable producers to have significant input into the development and implementation of Red Meat 2030, which sets out the strategic direction of the Australian red meat and livestock industry over the next decade.

Producer input to these plans are critical - if the foundation of the broader supply chain doesn't have a strong sense of ownership, they are unlikely to succeed.

We will also ensure that transparency and accountability are embedded in the Red Meat MoU and Cattle Council's own direct-elect restructure model.

These reforms are important, as is the need to ensure the voice and priorities of beef cattle producers - the biggest red meat industry stakeholder - are always heard loud and clear.

Market access will be high on the entire industry's wish list, with particular focus on new trade deals with the UK and the EU.

Capturing some of the increased demand from China, given its sizeable protein shortfall, will also be important.

Working with the federal government on developing trade, while grappling with the way the seasons challenge our long-term sustainability and pushing through with structural reform at an advocacy level, means that 2020 is going to be a busy time for Cattle Council.

Continuing to adopt the same grassroots determination and resilience will ensure we get the best results on producers' behalf.