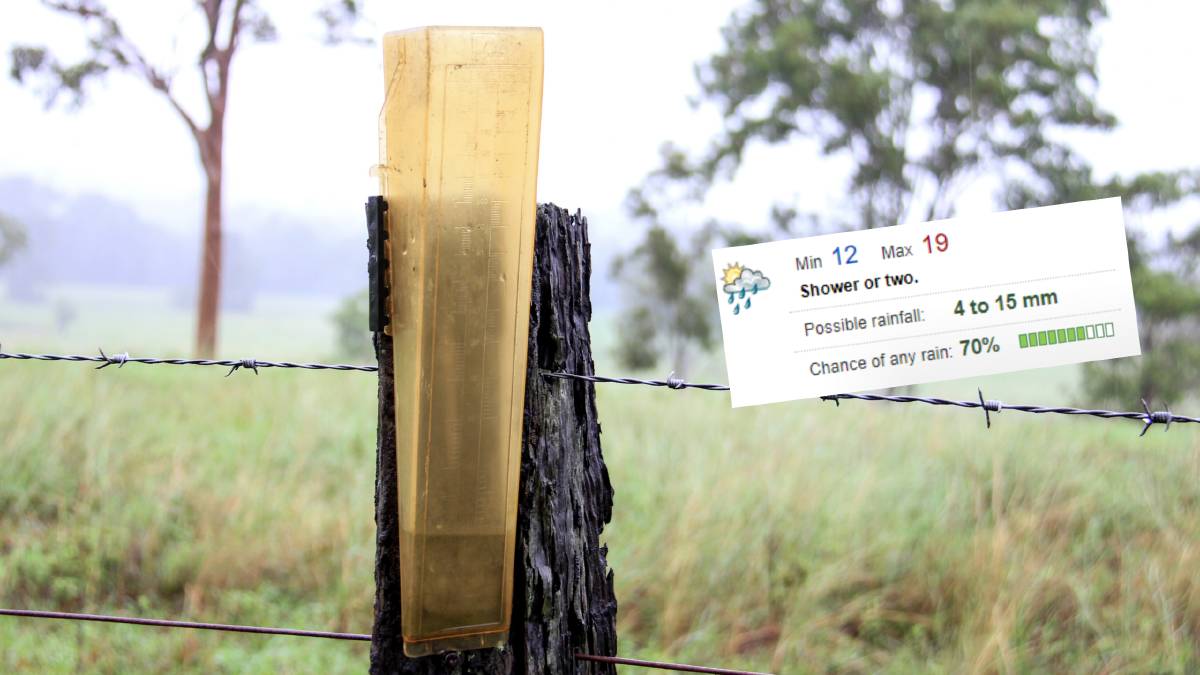 Daily forecasts, like the one on the right, are often misinterpreted.

Reading forecasts isn't what it seems.

But years after information about forecasting changes was released to the public, the Bureau of Meteorology's daily town forecasts are still not being interpreted correctly.

Daily rainfall forecasts from BOM offer details on the chance of rain and possible rainfall measurements.

Often people will correlate the percentage for chance of rain with the possible rainfall amount but that isn't correct.

An example of a daily forecast. Photo: BOM

The chance of rain figure refers to the likelihood of any rainfall in a given location.

Instead, the first number of possible rainfall represents a 50 per cent chance of at least that figure falling while the second number has a 25 per cent chance.

"To simplify things, it's worth breaking these fields down into two questions: 'Will it rain today?' and 'If it does, what sort of rainfall amount is likely?'" a BOM statement said.

"Days where the rainfall range is larger generally suggest a storm day where anyone under the storm path will receive a lot of rain but others may stay completely dry or get just a few drops.

"On the other hand when the rainfall range shows reasonably large totals but a relatively small range like 15 to 20 mm, there's usually widespread rain falling from a broad-scale cloud system, not just showers or thunderstorms popping up here or there."