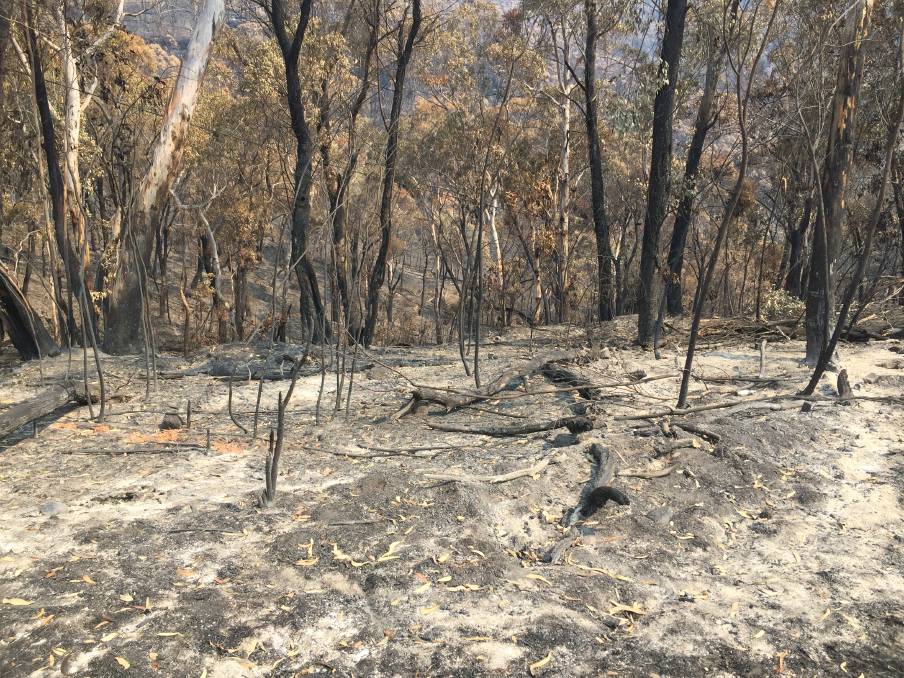 We've had an average of one inquiry into bushfires every two years for the past 80. Why bother? Asks Kevin Tolman.

As our country battles the most extensive fires of our lifetime, there are increasing calls for a royal commission into the states and territories' preparedness and the federal government's response to the disaster.

A royal commission has coercive powers beyond a government inquiry, and the need for one implies there are facts and evidence that would otherwise be "hidden" to an inquiry or review.

Research I've recently conducted with other fire experts has concluded there have been 57 formal public inquiries, reviews and royal commissions related to bushfires and fire management since 1939, most of which are listed here.

I have given expert evidence to at least seven of them, including the 2009 Victorian Bushfires Royal Commission.

That is more than one inquiry every two years in the past 80 years. Do we need yet another?

Some of the recommendations of the Stretton Royal Commission following the Black Friday fires of 1939 have still not been fully implemented.

Many of the recommendations of the subsequent 56 inquiries have not been fully implemented either, so it raises serious questions about whether another royal commission will offer anything new or compelling.

Royal commissions are also expensive and time-consuming. The 2009 Victorian Bushfires Royal Commission had a budget of A$40 million and ran for about 18 months.

This cost did not include the very considerable time and resources committed by various government agencies, companies and individuals who prepared and presented evidence to the commission. When these costs are taken into account, I estimate the total cost of the commission to Victoria would have been much more.

This begs the question as to how money spent on a federal royal commission could be better used to deal with bushfire management across the country.

Having a Royal Commission could be a double edged sword and miss the 1,336 recommendations since 2009!

We need to implement the existing recommendations and seriously review the structure of fire service provision across Australia. https://t.co/nDaSn15cMZ

In response to the 2009 Victorian Bushfires Royal Commission and various other inquiries, fire managers from government agencies in all states and territories prepared a National Bushfire Management Policy Statement for Forests and Rangelands.

This policy statement was signed off by all COAG (Council of Australian Governments) members by early 2012 and published in 2014. As yet, there has been little action on implementing this policy.

fire regimes are effectively managed to maintain and enhance the protection of human life and property, and the health, biodiversity, tourism, recreation and production benefits derived from Australia's forests and rangelands.

Central to this vision is:

the role fire plays in maintaining and enhancing biodiversity. Sustainable long-term solutions are needed to address the causes of increased bushfire risk.

To achieve the intent of this policy, 14 national goals were identified.

The first was to maintain appropriate fire regimes with the right combination of size, intensity, frequency and seasonality to properly sustain the ecosystems in Australia's forests and rangelands.

Another goal was to promote Indigenous Australians' knowledge of fire management. This recognised the benefits of widespread, low-intensity, patchy fires across the landscape that are sustainable and create landscapes resilient to climate extremes.

And a third goal was to create employment, workforce education and training in bushfire management. This recognised the importance of fire management as an integrated part of our lives.

These goals - along with the 11 others in the statement - still need to be developed into measurable outputs and outcomes, but they set a comprehensive and sustainable fire management strategy for the country.

This policy statement goes much further than just considering how to respond to a bushfire emergency, which seems to be the focus of the call for a new royal commission by Prime Minister Scott Morrison.

Over the past 20 years or so, the tertiary education for land managers, such as professional foresters and rangers, has been reduced to the level of generic "environmental science". This has largely been due to the politicisation of public land management.

Bushfire science is complex and fire management even more complex, so we need to have highly trained and qualified people managing our parks and forests. Instead, we typically have groups of individual specialists trying to collaborate without the strong leadership and direction such a task requires.

We do not expect a physicist or chemist to build a bridge, even though they could provide great detail about the forces acting on it and the metallurgy of the structure. Instead, we employ engineers. Likewise, we should not expect botanists, zoologists, ecologists or environmental scientists to manage the natural landscape. That, however, is what is happening now.

The responsibility for land and fire management rests with each state and territory government. However, with support from the federal government and coordination through COAG, we should be able to develop an efficient and effective fire and land management program across Australia.

In his 1939 royal commission report, Judge Stretton observed of the Victorian Forests Commission chairman of the time, A.V. Galbraith, if his Commission were placed beyond the reach of the sort of political authority to which he and his Department has for some time past been subjected, he would be of greater value to the State.

His meaning is clear: good fire and land management needs to be done with long-term perspective, not a short-term political focus.

Stretton also observed the need to have public support, because without their approval and goodwill, there can be no real plan.

Our changing climate has put more pressure on our natural ecosystems and the weaknesses in our land and fire management are being ruthlessly exposed.

Rather than using time and resources on inquiry No. 58, we should instead commit to fully implement the recommendations of all the previous inquiries, reviews and royal commissions we have already held. Another royal commission will only reiterate what we have known for decades.

This article is republished from The Conversation under a creative common license.