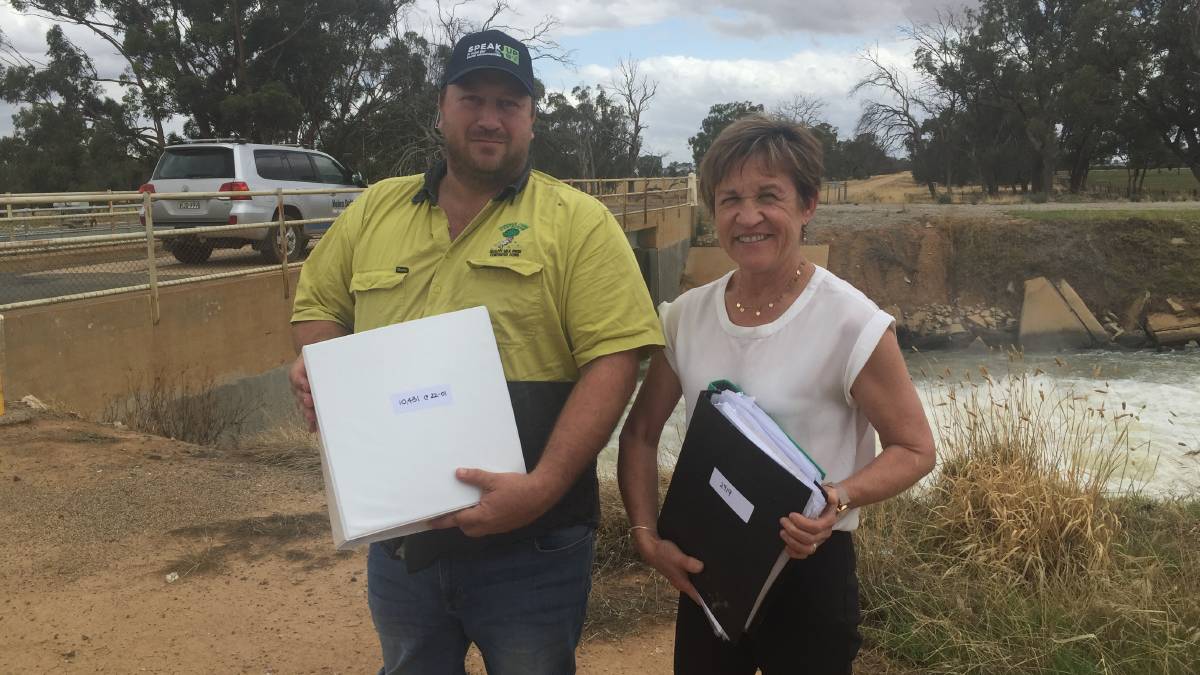 "We need to know who has the water."

More than 10,000 people have signed a Speak Up 4 Water petition calling for a national water register and federal royal commission into the Murray Darling Basin Plan.

Member for Murray, Shooters, Farmers, Fishers' Helen Dalton said she will present the petition to the NSW Parliament on February 4, parliament's first sitting day of the year.

"Because the petition reached 10,000 signatures, NSW Parliament is obliged to debate and vote on the petition motion," Mrs Dalton said.

"Hopefully they will come to their senses and implement a water register like we have a land register, where we can find out who's who in the zoo."

Mrs Dalton said it was in the public interest to find out who owned Australia's water.

"At present, politicians, foreign companies, Sydney traders and celebrities can buy and trade water but there's no way for the public to identify them," Ms Dalton said.

"Currently we have politicians making decisions about where the water goes, if they own water they will clearly want to make water scarce so they make more money when they trade it.

"We also have foreign companies and foreign governments, I believe, snapping up water.

"Water is an incredibly valuable resource, we must be the dumbest country in the world to allow other countries to come in and buy our water."

Mrs Dalton said she understood privacy was a big issue, but personally she had been very happy to declare she herself owns water.

"I bought a fantastic irrigation farm that didn't have a lot of water, so I have bought water, high-security water, but I'm a farmer," Mrs Dalton said.

"We need to know who has the water, I buy in water for my farm, but the issue is finding out what foreign companies, politicians, celebrities have the water."

She said she understood some farmers themselves had little choice but to trade the water they owned, with water prices so high it was difficult to make a profit from growing anything with it.

"If they have a low allocation, particularly with annual cropping, farmers will put their water on the market and they'll just leave their tractor in the shed," Mrs Dalton said.

"That impacts big time on the local community."

More than 10,000 signatures in five months

Speak Up 4 Water chair Shelley Scoullar said the response to the petition had been remarkable, with 10,000 signatures collected in five months.

"It was not only irrigators, but people from all parts of the community, who put their hands up to collect signatures and support," Ms Scoullar said.

"Getting a water register debated on the parliament floor was one of our objectives, we want everything out in the open and we want transparency so we have a future for our entire country."

She hoped the speed at which they gathered the signatures would add pressure to the government.

She said the other aspect of the petition, a Royal Commission into the Murray Darling Basin Plan, may now be too late for a number of businesses but was still needed.

"What other tool have we got to motivate our politicians to make the changes needed?," Ms Scoullar said.

Southern Riverina Irrigators', Darcy Hare said the government committed to setting up a water register in the National Water Initiative which was agreed to in 2004.

"One of the parts of the National Water Initiative was the Water Access Entitlements be recorded in publicly-accessible reliable water registers that foster public confidence and state unambiguously who owns the entitlement, and the nature of any encumbrances on it," Mr Hare said.

"The states and territories agreed to have these pathways in place by 2004 and to be fully implemented by 2006, so they could all be listed and categorised before the Water Act started its water buy-back program."

Mr Hare said now you could only look up permanent ownership of water if you had the owner's Water Access Licence (WAL) number.

"You can register as a broker to look at those WAL numbers but the point is that this register is meant to be publicly accessible, it's meant to free and unambiguous," Mr Hare said.

National Irrigators Council CEO, Steve Whan said while they would like to see greater transparency in the water markets, a single water register is probably a long way away.

"It's an ideal but probably not a short-term achievable one."

"The first step I would have thought was at least moving the government registers in the Southern Connected Basin together," Mr Whan said.

"The Northern Basin is actually a lot more paper-based in many areas so it has a bit to catch up on."