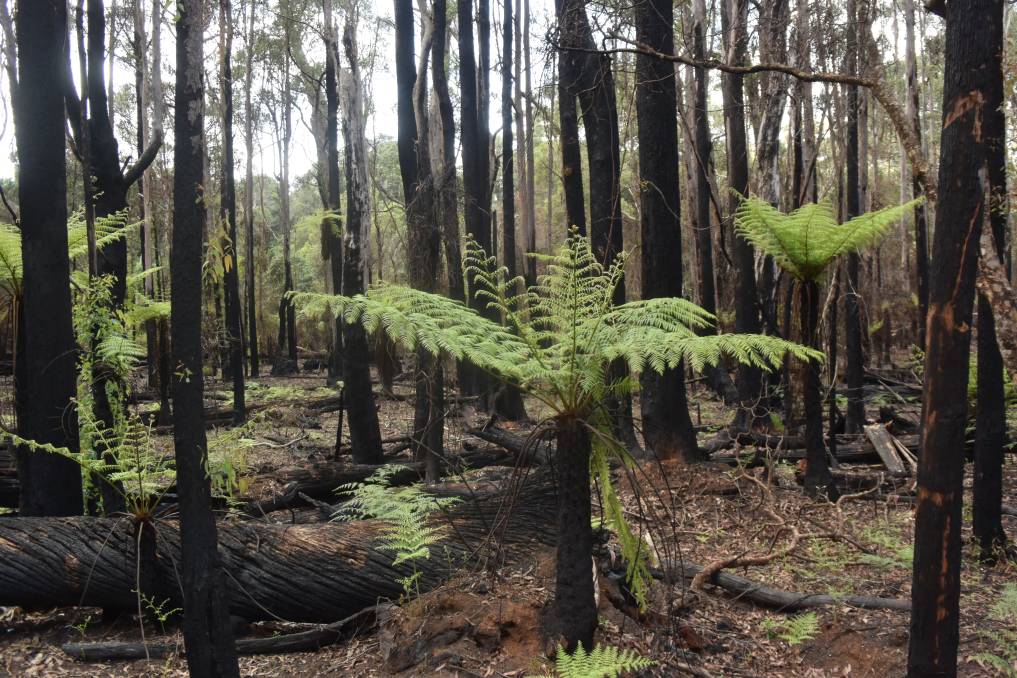 Wet forests can swallow fire and keep a mega blaze at bay but they must be protected from frequent burning if they are to be maintained, advocates fire scientist Dr Philip Zylstra.

Plant diversity within a forest, not just its fuel load, is at the crux of predicting fire behaviour and Dr Philip Zylstra, Curtin University, says longer rotations between fire in some forests would make them less prone to burning.

The proof, he says, lies in Australia's past.

"There is overwhelming evidence through charcoal fire scars that there has been far more burning of the landscape since white settlement," he says. "In some cases we can see this through scars on trees enabling us to look back over centuries and over millennia, and we can see a lot less charcoal pre-Europeans. After that time there was a huge jump."

Dr Zylstra started his fire science career in the Snowy Mountains working for National Parks and Wildlife Service before moving into academia and has made the Snowies a study priority.

Since 1830 -1840 when graziers moved into the high country there has been a seven fold occurrence of fire scars.

Dr Zylstra says many Australians have over-simplified fire management through the idea of fuel loads alone.

"If it was that simple it would make sense to burn more often," he says. "However, as every fire fighter knows, it is the shrubs and trees that make a fire hard to fight."

As we can already see across parts of the fire ground blessed with rain, the come back is phenomenal and that flush of new growth, fertilised with fresh nutrients, will create another bush fire hazard in as little as three years. New growth, close to the ground, easily ignites in a low burning fire.

Once plants grow tall again, they are out of reach from the flames. The shrub layer thins out under a taller canopy and fire can't as easily get a bite.

This was proven by analysing 58 years of fire history, and Dr Zylstra has developed the Fire Research and Modelling Environment (FRaME) to predict it from the plants.

"When the September Bees Nest fire threatened tall Tallowwood trees with an understory of rainforest near Dorrigo, FRaME said there would be only small flames through that forest despite it having been unburnt for 700 years. NPWS mapped the fire severity of that event. From what we can tell if there was a fire through that area it was so cool as to be undetectable."

Dr Zylstra says these natural fire breaks need to be maintained with less fire, not more.

Frequent fires literally burn the life out of a forest and establishing rainforest requires zero fire for a long time.

"Rainforest bark is very thin, unlike eucalypts, and even a cool burn, 10cm high, can kill the trees."

Dr Zylstra said he had no issue with a frequent burn regime in the right place.

"You would be effectively doing it as a technique of land clearing," he said. "And in remote areas the only way to burn a lot of country that often is to burn in dangerous conditions. This is a technique that should be used close to houses. It won't stop fires, it will slow them down for suppression. If you're doing it to big areas you need a lot more resources."

Scars on trees enable us to look back over centuries and over millennia, and we can see a lot less charcoal pre-Europeans. - Dr Philip Zylstra

For the past decade National Parks and Wildlife staff have carried out more hazard reduction burning than any other.

"There is an enormous focus on burning," he said. "But importantly a lot of these guys have been fighting fires on their same patch for years. That local knowledge is extremely valuable."

The fact that old Gondwanaland rainforest patches were burned this fire season because it was dry enough, at Nightcap near Lismore for instance, points to "a real marker of climate change," Dr Zylstra said.

"These dinosaur era remnants have held off fire. For them it is an extremely rare event. There is no evidence of charcoal in many of these places."

Importantly for future fire management, these rainforest remnant strips have the ability to swallow fire and stop them becoming monstrous. But when they are burnt, as in this year, that microclimate can be lost. Shade is gone, moisture no longer trapped and more fire tolerant plants take root.

"To restore such a rainforest will take a long time."

To follow Aboriginal knowledge in fire management is a good thing, says Dr Zylstra, but most white fellows don't realise the planning that goes into a burn, taking into account so many factors and working with kinship to plant and animal species.

"It is simplistic to say they burned all the time. When you see them in action you realise there are tight controls on exactly where the fire goes and where it does not. Tiny areas are being burnt. It is done so carefully with tight prescriptions and enormous knowledge.

"Aboriginal burning is based around stories and spirit connectivity and kinship with species. We've simplified 65,000 years of knowledge as 'creating big fires'."