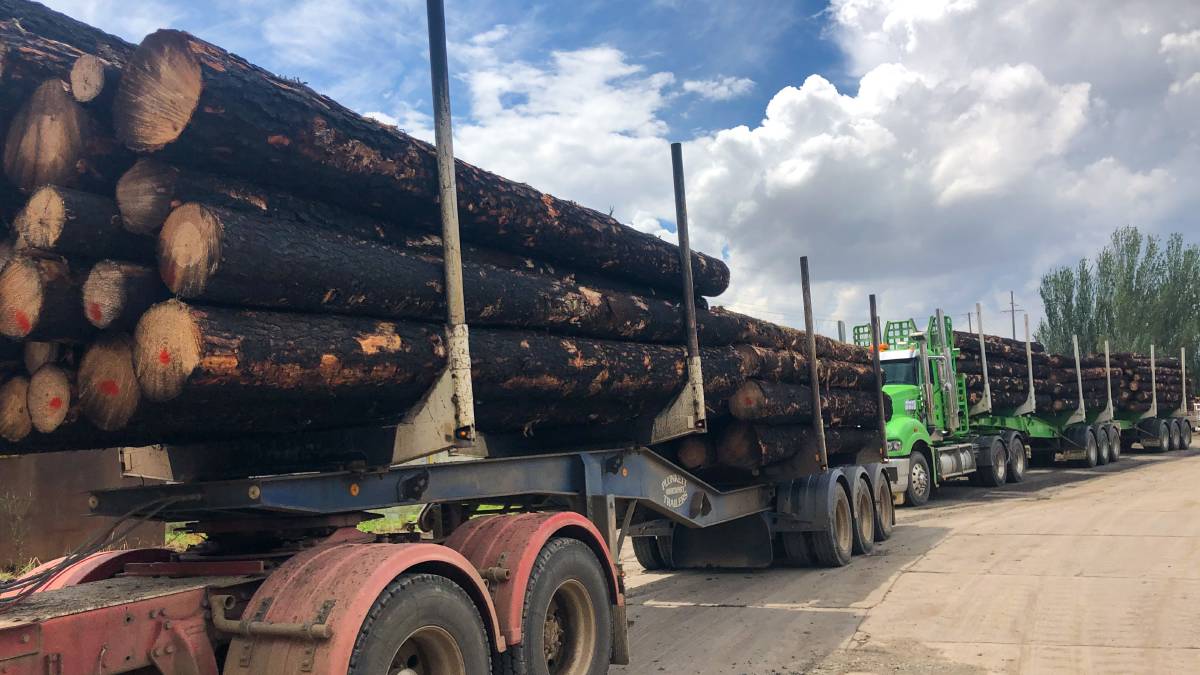 Trucks carrying burnt timber wait to be unloaded at the AKD Softwoods Mill in Tumut. The mill has ramped up its throughput by around 20 per cent to salvage as much burnt wood as possible before it deteriorates.

Around 2000 jobs could be lost in the Snowy Valleys region.

Trucks carrying dozens of burnt logs are lining up at the AKD Softwoods Mill, Tumut.

Site manager, Rab Green, said the mill has raised its throughput by around 20 per cent to try and salvage as much burnt wood as possible after bushfires ravaged the region.

"After the bushfires there's a short window to harvest what's burnt before it deteriorates, we're hoping 12 months or more but it depends on weather conditions and how badly burnt the timber is," Mr Green said.

Mr Green said to do this they would employ an extra 10 to 15 people, run the mill for longer hours, look at any time-saving efficiencies and focus on maintenance to reduce break-downs.

However, after what's set to be a manic 12 months for the industry, timber supply is expected to dwindle significantly.

Mr Green said around 30 per cent of the timber resources that supply their Tumut mill had been damaged.

"It's early days still and we've been upfront with our employees in saying we don't know what the future holds," Mr Green said.

The NSW Forestry Corporation said over 850,000 hectares of State forests in NSW have been impacted by fire, including around 37,000ha of State forest pine plantations impacted in the Tumut region.

The Snowy Valleys Council Deputy Mayor, John Larter, said preliminary reports estimated the damage could lead to the loss of around 1930 jobs in the region. 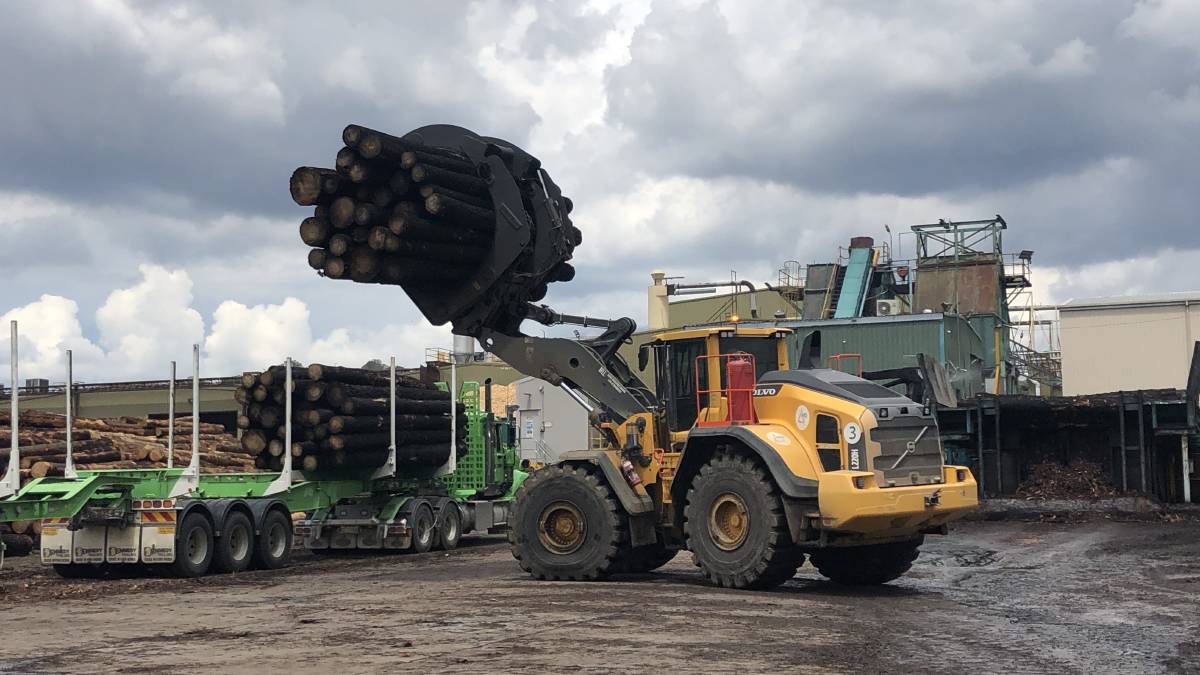 Once the burnt logs are unloaded they are put through sprinklers, the water helping to wash away charcoal and loosen the bark which can shrink to the timber due to heat.

Australian Forest Products Association (AFPA) chief executive officer, Ross Hampton, said the association was pleased the federal and state governments were looking at what they could do to help fill the predicted gap in timber supply.

"An example could be subsidies for freight to allow timber that was previously out of reach economically to be brought to the area," Mr Hampton said.

The association also urged quick action from government to assist the salvage and recovery operations, including allowing the harvesting of burnt trees in multi-purpose forests.

Additionally, Mr Hampton said it was crucial that the majority of replanting gets underway this winter.

"One of the best things that can happen is to get all the roadblocks out of the way and get all the seedlings in the ground this winter not next," Mr Hampton said.

"We want to have as small a hole to fill as possible."

He said unless action was taken he believed the bushfires could cost the industry up to a billion dollars a year for 20 years.

NSW Labor Leader, Jodi McKay visited the Tumut region along with the rest of the shadow cabinet this week. Labor has called for the state government to appoint a Forestry Recovery Commissioner following the fires. Photo supplied.

NSW Labor held its shadow cabinet meeting in Tumut on Tuesday and called on premier Gladys Berejiklian to take immediate action to assist the industry, including appointing a Forestry Recovery Commissioner, committing to replanting plantations and abandoning plans to privatise the state-owned Forestry Corporation.

NSW Labor Shadow Minister for Natural Resources, Paul Scully said the government needed to take privatisation off the table, "now and for good."

"It is probably the greatest uncertainty facing forestry in this region," Mr Scully said.

A spokesperson from the NSW Treasury said the impact of the fires would be considered as part of an ongoing scoping study into the softwood plantation assets.