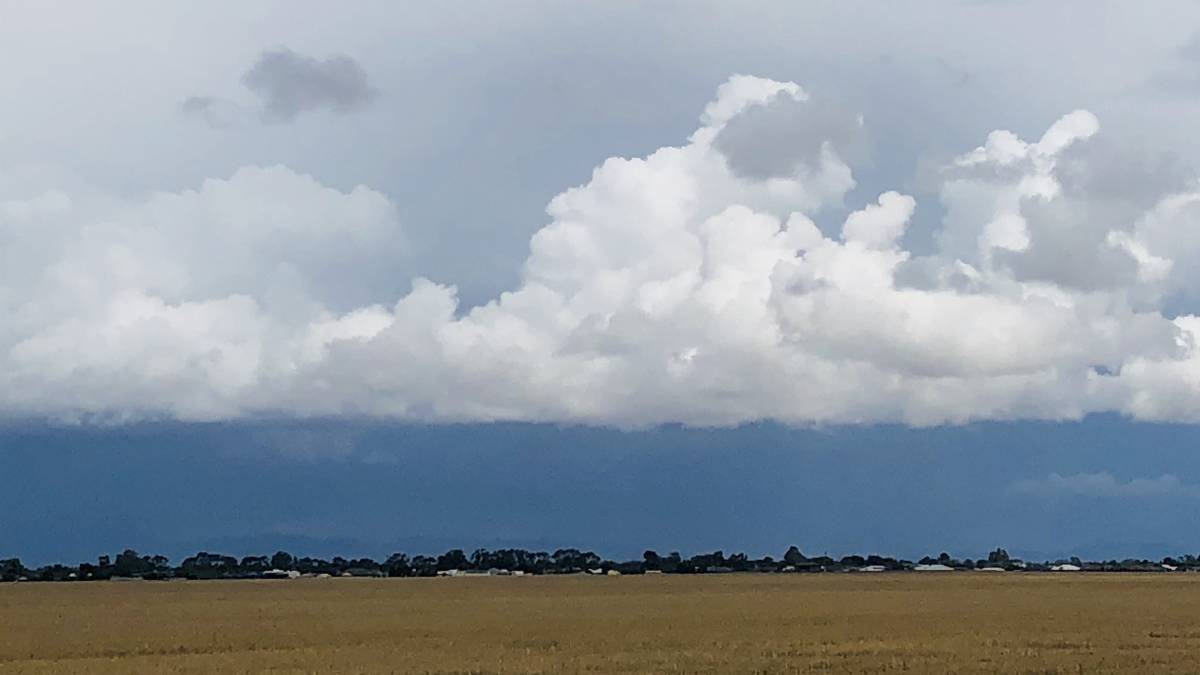 Welcome rain from storms has transformed the Murray Darling Basin but leaders warn much more rain is needed.

The deluge on the east coast may have lulled some into thinking the drought was over, but in the Murray Darling Basin it is far from done.

FARM leaders in the Murray Darling Basin have a strong message for the 90 per cent of Australians who reside within 100km of the coast - the drought is far from over.

Those living along the east coast, having been swamped by repeated deluges of rain that have replenished dams, could be forgiven for thinking the worst is over, but on the other side of the ranges authorities warn follow-up rain is critical.

This is highlighted by data from the Murray Darling Basin Authority (MDBA), which shows that as of February 5 the entire MDB was at just 26pc of capacity and in the northern basin that figure dropped to just 8pc.

While parts of the northern MDB catchment are now in flood, following the equivalent of a year's average rainfall in six weeks in parts of Queensland's Darling Downs there are other key catchments that remain dry.

"There has been great rain in parts further out but in the Upper Macquarie places like Bathurst and Orange there has been virtually no rain and this means the big dams have not had any meaningful inflow.

"Further out people in our system may have got farm dams filled with local rainfall but we are still very much staring down the barrel of another year of zero allocation of irrigation water," Dr Tranter said.

The region's major storage, the Burrendong Dam, remains at just 2pc of capacity and while it is receiving inflows Dr Tranter said they would not be enough to dramatically improve the situation.

"It's nice to see some water running in, but realistically 7000 megalitres is not going to make a big difference."

Burrendong is not an isolated example, with even dams in catchments that received good falls only rising slowly.

Other cornerstones of the irrigation sector, such as the Keepit Dam on the Namoi River, 6pc of capacity and the Chaffey Dam, on the Peel River, 13.5pc full, are only showing modest increases in volumes in spite of good falls throughout their catchments, although the Keepit Dam now has 20 times more water in it than at Christmas time.

Even in Queensland, where the falls over the basin have been markedly higher, there are still many dams at just a fraction of capacity.

Leslie Dam, near Warwick, has had some inflows but still remains at just 18.5pc of capacity.

"We need to get the message out there that just because there have been a couple of weeks of good, if patchy, falls the drought is not over," Mr Whan said.

"It is great to see the urban storages such as Wivenhoe (supplying Brisbane) and Warragamba (servicing Sydney) get such good inflows but this has not been replicated in many parts of the MDB," he said.

But the rain is slowly transforming the outlook in some areas.

The Beardmore dam near St George in south-west Queensland has filled.

"This will allow irrigators on that system an allocation this system."

He also said private storages were filling up in Queensland with floodplain harvesting taking place, while there was also a three day lifting of the embargo on pumping in NSW, which allowed some irrigators in catchments such as the Namoi, Peel and Gwydir a window to collect some water.

While there has been some dissent from those further down the ailing Darling River system than any water has allowed to be diverted from the system there is also the prospect of reasonable flows down the river.

At Walgett flows of 12,100mL are still being recorded while the MDB has said it expects some flows to get down as far as the Menindee Lakes in the lower Darling, although it said at present it was too early to assess just how much water would pass through.

The flow has reached Brewarrina, with 8190mL a day going through as of Tuesday.

Mr Whan said the take-home message was that the agriculture sector would not rebound overnight.

"There are places that have had a good start, but it is just that, a start and the critical thing will be to continue to receive follow-up rain over coming months, a one-off period of wet weather offers some temporary relief but it is by no means a drought-breaker."

The story It's not over yet first appeared on Farm Online.