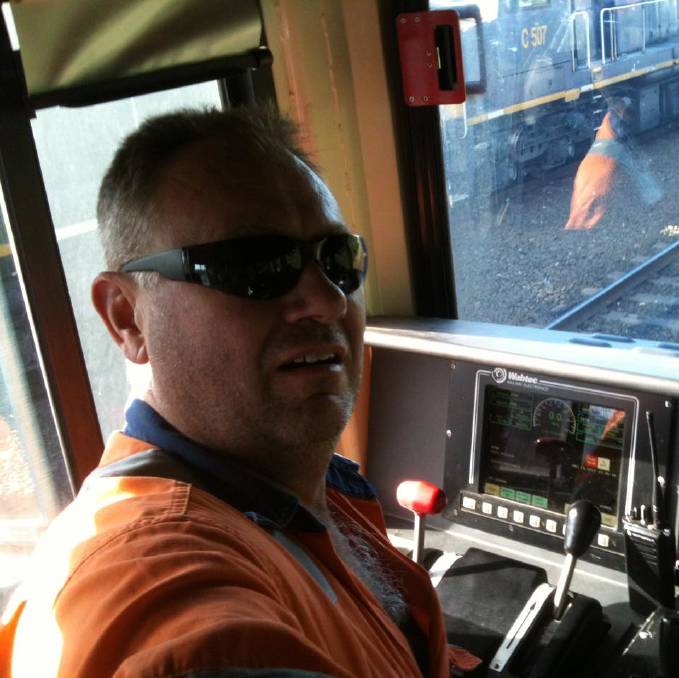 LOSS FOR JUNEE: John Kennedy will be forever remembered by his fellow railway workers as a passionate train driver and a good-natured bloke. Picture: Supplied

The Junee community has been rocked by the death of train driver John Kennedy, who was one of two people killed in the XPT derailment outside Melbourne.

Mr Kennedy worked out of Junee's train depot and will be remembered by his fellow rail workers as a good-natured man who had a passion for his work.

Junee councillor Matt Austin, who had worked at the Junee Railway Workshop, said the station would be a poorer place without him.

"It's a massive shock to a lot of people and a great loss to the rail industry and everyone who knew him," Cr Austin said.

"He was a really good fellow. He was a competent, professional, very capable and a good person to work with."

Mr Kennedy and his pilot, a 49-year-old from Castlemaine, died when five carriages derailed at about 8pm on Thursday near Wallan station.

There were 153 passengers onboard at the time of the derailment, and although 11 were injured there were no further casualties.

The Australian Transport Safety Bureau will investigate what caused the derailment and will release a preliminary report in about a month and a full report in 18 months.

No cause has been confirmed as of yet, but the Australian Rail Tram and Bus Industry Union has said they had been complaining about the condition of that particular stretch of track for years.

However Transport Minister and Deputy Prime Minister Michael McCormack hit back at accusations the track was unsafe, saying investigations were still under way.

Transport for NSW secretary Rodd Staples said Mr Kennedy worked for TrainLink NSW and was well known across the business.

"He was based for work in southern NSW, and TrainLink staff knew his passion as a train driver. It was a thing he loved to do," Mr Staples said.

"He worked in different parts of the business and drove freight trains and was a very well regarded driver."

Among the passengers, a man aged in his 60s was taken to Royal Melbourne Hospital in a stable condition for an upper-body injury while the others were taken to local hospitals with minor injuries.

A report will be prepared for the coroner.

Three cranes were brought in to begin winching the derailed XPT train from the tracks at Wallan on Sunday and clean-up efforts will continue over the next few days.

The Australian Rail Track Corporation and Transport for NSW are leading the recovery and clean-up of the train carriages and locomotives, and track repairs are expected to start on Tuesday.