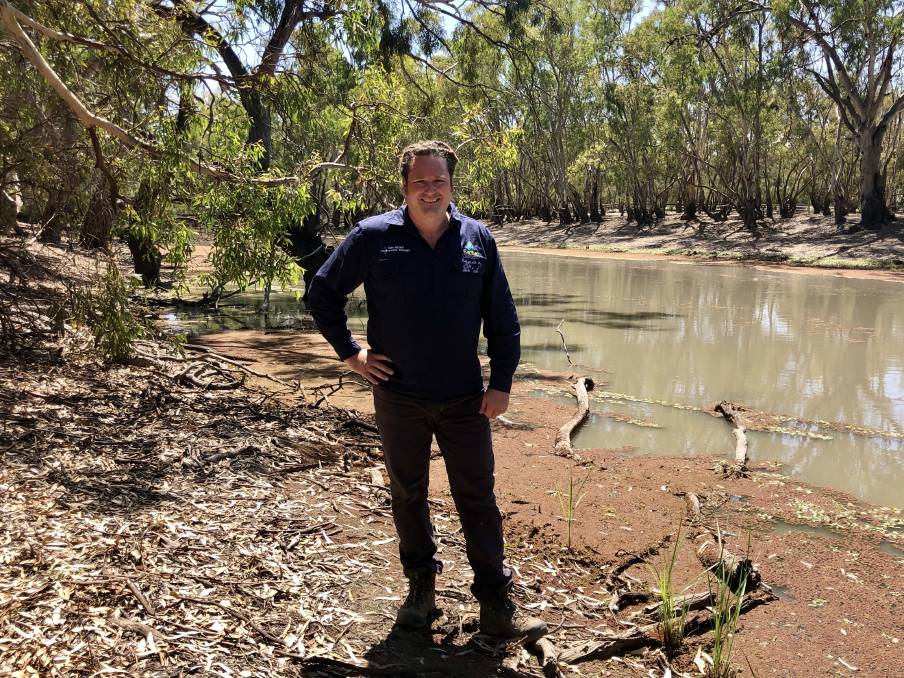 An increase in the population of threatened Southern Bell Frogs at Yanco Creek has highlighted the ability for irrigation water to benefit the environment.

Researcher from Charles Sturt University's Institute of Land Water and Security, Anna Turner, said they had known there were Southern Bell Frogs in the Yanco Creek area since 2017, however they were unsure how many they would find last year due to the dry conditions.

"During the first surveys in November, suitable Southern Bell Frog habitats looked to be drying up and only one Bell frog was spotted at selected sites along the creek line," Ms Turner said.

"However, we heard a chorus of Bell Frogs calling during the second surveys in January.

"Calling is stimulated by a rise in water level and indicates breeding could be occurring.

"We counted over 20 Bell Frogs in the area, much higher numbers than were recorded during the 2017 surveys."

Environment Manager of the Yanco Creek and Tributaries Advisory Council Inc (YACTAC), Dr Dale McNeil, explained the rise in water levels was not due to rain events or an environmental flow.

Instead it was caused by inter-valley transfers between the Murrumbidgee and Murray valleys by Water NSW.

"The inter-valley transfer usually just goes down the Murrumbidgee, but we were able to demonstrate a high ecological benefit by sending small amounts of water through the creek system in early summer," Dr McNeil said.

"These flows would be hardly noticeable going down the Murrumbidgee, but in the Yanco Creek they have had an amazing benefit to native biota and ecosystems." 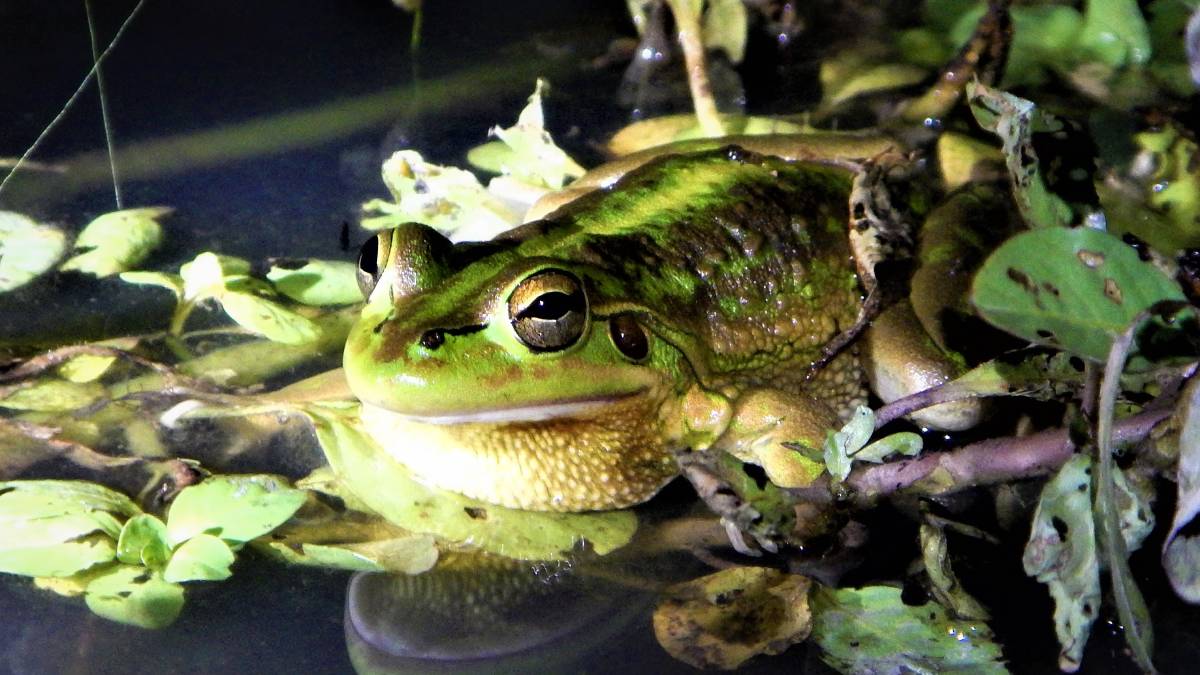 In a November survey only a couple of Southern Bell Frogs were discovered along the Yanco Creek line. But after an inter-valley transfer of irrigation water rose water levels, 20 of the rare frogs were found at just one location. Photo supplied.

Dr McNeil said sending some inter-valley transfers through a creek system for environmental benefits, was an example of how YACTAC believed the whole basin system should be run.

"The way we move water around the basin, can either lead to poor environmental outcomes, or, if we do it cleverly, it can lead to environmental benefits," Dr McNeil said.

"In this case WaterNSW has moved water from point (a) to point (b) in a slightly different manner and in doing so they have created this amazing ecological event.

"This could very likely save the Yanco Creek's population of the endangered southern bell frog and it has been achieved with little impact on Water NSW operations and without expensive purchases of environmental water."

Dr McNeil explained that as the Yanco Creek had not been listed as an area of environmental significance, its health and water levels was dependent on irrigation activity.

"If people on the Yanco stopped irrigating, if people stopped buying water into the creek, then the creek would collapse and die," Dr McNeil said.

He said he believed the Murray Darling Basin Plan needed to account for the environmental benefit of irrigation and stock and domestic water.

Jerilderie landholder and YACTAC member, Mark Wettenhall said all the water that went into the Yanco Creek system was environmental water until someone uses it.

"If our last water user orders 1000 megalitres in the Spring to finish their winter crop, it coincides with when the trout cod need water, it's an environmental flow for the trout but the irrigator uses it at the end," Mr Wettenhall said.

Mr Wettenhall said he was part of a group of farmers paying an environmental levy of up to 90 cents per ML of general security water to help protect the Yanco Creek.

He explained that the reduction in water available for irrigation had a direct correlation to the Yanco Creek's health.

"We've lost 50 per cent of our flows since 2000 due to buybacks, people selling their water and the government cutting off sections of the creek," Mr Wettenhall said.

"That means our creek has 50 per cent less water for the environment."