Richard Daughtery, Balala Station, in a lush cover crop planted into a bare containment paddock after Christmas that took advantage of the first rain.

After years of drought Richard Daugherty wanted to make the most of his first falls of rain, so he devised a plan and this is what he got!

From bare, hard packed containment paddock to a lush cover crop, Richard Daugherty's example of regenerative farming at Balala Station, west of Uralla, is pushing the boundaries of acceptable farming - and its potential is enormous.

Like much of the Northern Tablelands and coast, as much rain has fallen on these western slopes in the past two months as all of last year. When it began just after Christmas, it was regarded as a gift and Mr Daugherty was determined not to waste it and so he devised a way of turning a barren, hard-packed containment paddock into something else.

"A cover crop is a tool, just like livestock," he said. "The drive for this project was to get something to grow. You have got to have green above ground."

He devised a plan that included a custom built narrow row air seeder, with a tank attachment that injects worm juice at the same time to boost production on his light granite and trap soil country, with alluvial loam on the flats.

What went in the ground made up five families that are mutually beneficial - grasses like brome and prairie grass; cereals such as maize and tap rooted sunflower; legumes including serradella and clovers; brassicas like forage canola and chenopods which include spinach and the native, vigorously growing amaranth.

Sunflowers and turnips are being used to help break up an existing hard pan of clay, under the surface, left from over-cropping that began on the historic station in 1841.

"I never sprayed out the paddock and encouraged what came up by itself," Mr Daugherty explained, pointing out purslane, which is a first responder after drought, before becoming drowned by new growth.

Mr Daugherty quoted Dr Christine Jones, who impressed a lot of people at a regenerative grazing field day at Wilmot, Hernani last week, when he advocated for uncoated seed, free from bug-killing agents, in order to give soil biology a chance to populate.

A cover crop such as this one fully qualifies as a soil carbon building exercise, and Mr Daugherty is examining the best ways of achieving reward for effort. While the obvious return comes from increased soil health, the lure of adding another diverse stream of income to the farming enterprise is attractive.

However, he is wary of accounting schemes which purport to take 30 per cent of the bottom line for soil carbon traded on the open market. After 20 pc government tax there is little incentive left to cover crop as a mix in the carbon trading scheme. 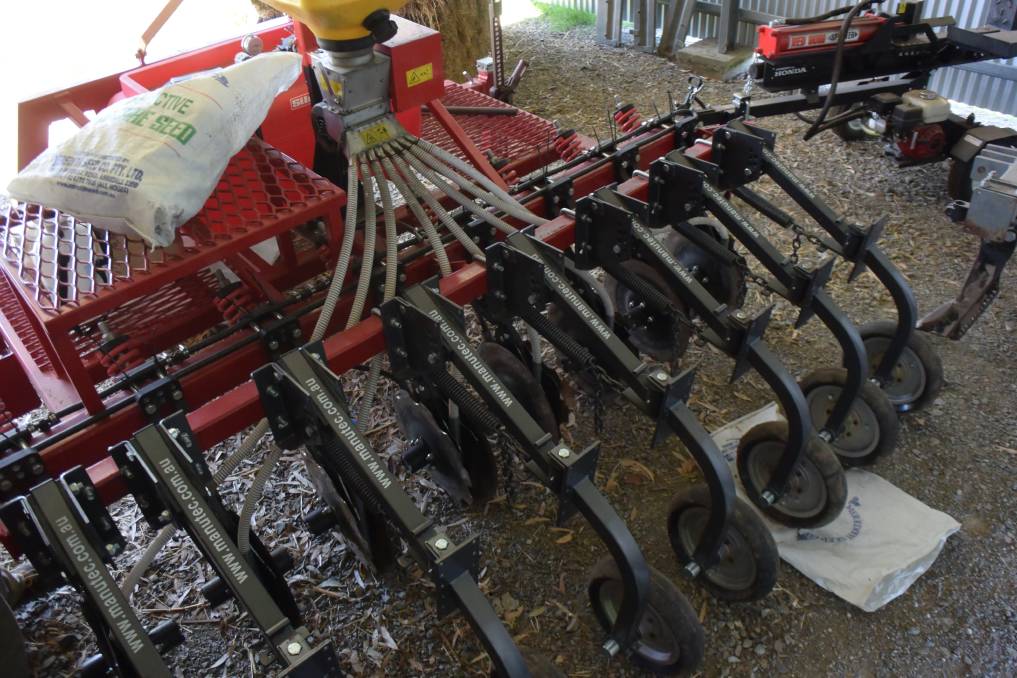