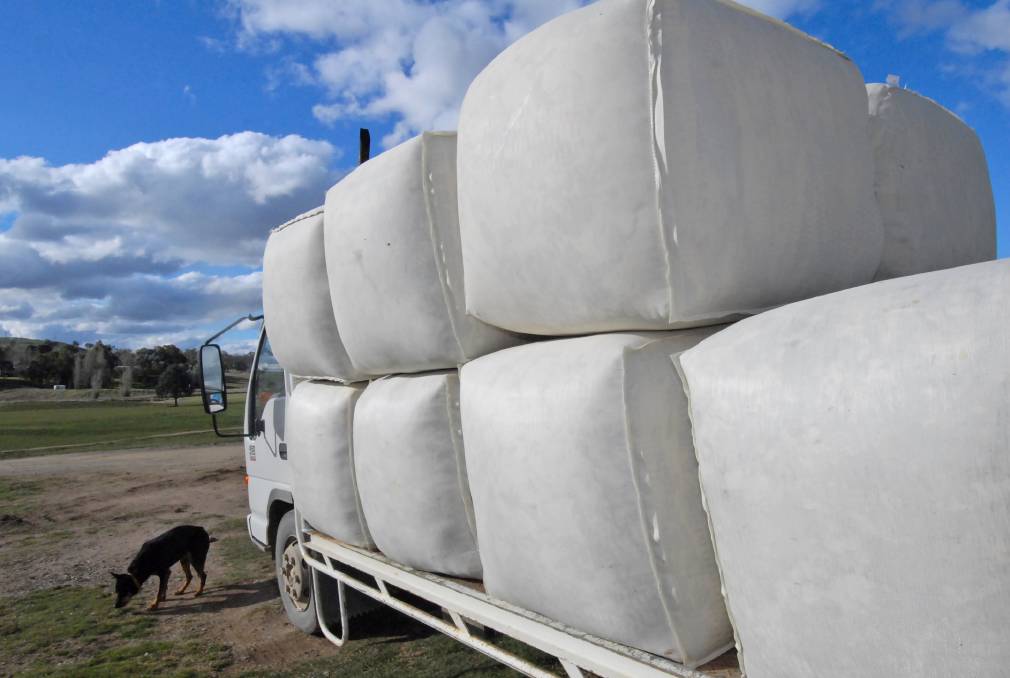 The simple mechanics of volumes required to fill orders and funds available meant buyers were more selective in the lots they purchased.

Sales resumed again across Australia after the 'Talman recess' and the market struggled to absorb the extra quantity on offer, as everyone expected it would.

The simple mechanics of volumes required to fill orders and funds available meant buyers were more selective in the lots they purchased, with discounts for 'off style' opening up, and orders being filled a little earlier in the week than usual.

At the end of two big selling days, the AWEX Eastern Market Indicator had closed down 19 cents a kilogram in local currency terms, US17c/kg and EU45c/kg after the euro staged a quite remarkable comeback.

In all the gyrations of world markets, the euro had been pummelled down to 1.0800 or thereabouts, but then like share markets around the globe, it recovered just as quickly to a more normal level 1.1250 to the US dollar.

With the larger volume of lower style wools on offer, the main indicators for the market are all being dragged lower simply by weight of numbers.

Good types of wool desired by the processing trade however are still fetching reasonable prices.

The Fremantle market is a good case in point, with some buyers lamenting the fact the offering contained virtually no 'better' style wool and practically everything was style five or worse.

Some of this is simply due to the time of year, with sheep running on stubble and picking up dust, but buyers need to purchase what the overseas customer demands, and some of them will simply not accept style five or below.

This lessens the price for the bottom end of the clip, but at the same time makes the market look as if it were much cheaper.

Trying to convince a client sitting 10,000 kilometres away that the good style he or she wants is actually firm or increasing in price when the headline EMI indicator is going down, is always a difficult conversation to have.

Thankfully ex-tropical cyclone Esther has drifted across the continent and delivered a good drenching to some parts, and at least settled the dust in others.

This will lead to higher sheep prices no doubt, and a gradual increase in micron, but importantly less topsoil being exported within bales of wool, and next season a return hopefully, to a more normal quality of wool on offer.

All in all, the wool market is still proving remarkably resilient in the face of Covid-19 and the angst filtering across the globe.

Smart people will no doubt be stockpiling neck tubes made from Merino wool, which can double as face masks but also keep the wearer warm and comfortable, and are machine washable and have a low carbon footprint.

The wool trade in general is looking a long way forward, as greasy wool sold this month will generally find its way onto a garment shelf only in September.

Surely by then, the Americans will have decided who is running against Donald, Boris will have tidied up his divorce and Brexit and the virus will have died out.

However, manufacturers in China this week, still trying to get their workers back into the harness and seeing governments around the world feverishly dropping interest rates, could only watch with bemusement as their supply chain hiccupped.

Then they turned the other way toward their customers in Japan, Korea and Italy and they didn't see a lot of good news anywhere.

So, not surprisingly the mood of Chinese buyers and traders dropped a little last week.

Adding to the feeling of malaise was the bottleneck in production that has become evident in China.

Whilst it will only be temporary, the early stage processors like scourers, top makers and carbonising plants have been able to quickly ramp up production again and are delivering orders both domestically and to their export customers.

Further along the chain, the restart procedure has been a little slower with more labour-intensive processes like garment making, simply meaning they have to get more bods through the quarantine barriers, and they have to be the right, skilled and trained workers, not just someone who can drive a forklift.

So, the middle stage of production is running a bit slower than the early stage processing industry, thus creating a bit of a bottle-neck which will take a few weeks to clear.

All this played out, back along the pipeline to a more cautious approach to greasy wool buying where a larger than normal volume was rostered for the week.

So, a result where good Merino fleece was 'off a tad', and poorer style fleece 40-50c/kg cheaper to see the overall market down 20c/kg was a pretty comforting result.

No doubt the talking heads, and 'experts' in the media will be on their pulpits for the next couple of weeks until the weather in the northern hemisphere starts killing this bug.

In the meantime, the wool industry is valiantly trying to keep things on an even keel and continue forecasting production requirements for six months ahead.

Most are remaining calm and focused which should see the market remain firm once we have got over the 'Talman hump' and the supply chain has digested its current lump.

Many in the growing fraternity who got a slice of Esther's rain will be happily repairing flood gates and making plans for the season ahead, whilst those who missed out are at least seeing a change in the weather pattern and more optimistic forecasts from BOM for the months ahead.

The smart operators will be looking at the forward market on Riemann and hedging against the global economy taking a more severe hit than it currently has.