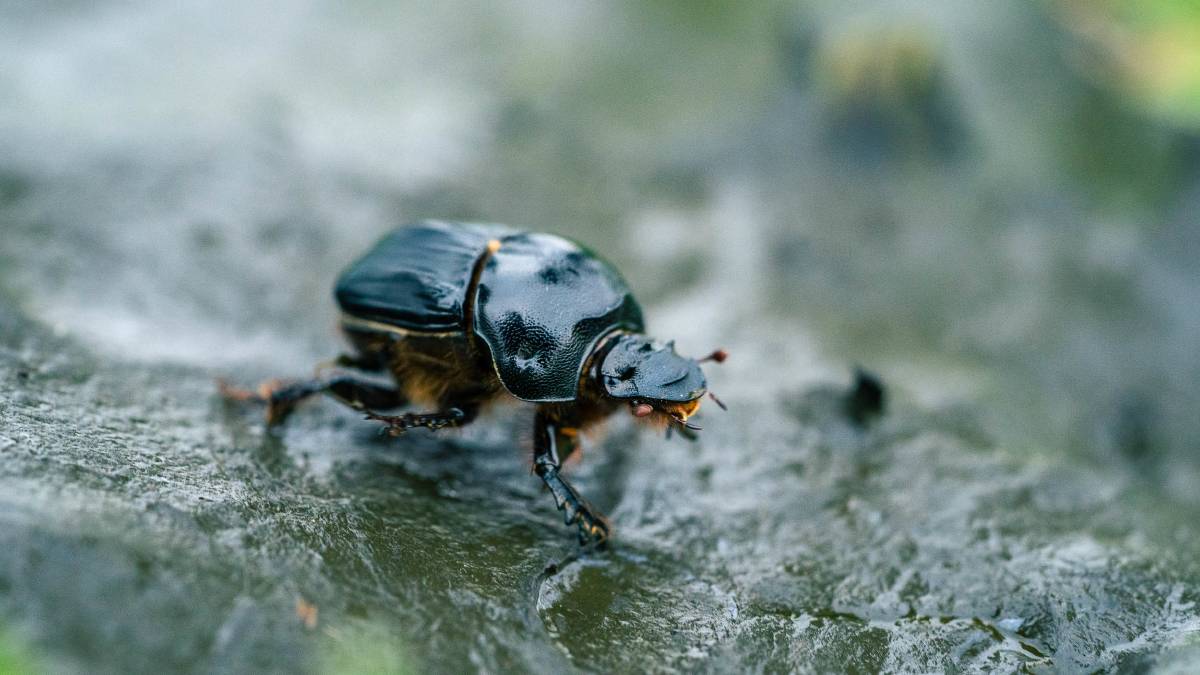 Getting stock back on country quickly critical to dung beetle populations

Scientists have been pleasantly surprised by the abundant and diverse populations they are finding as they conduct surveys in burnt out areas of the NSW south coast and South Australia's Adelaide Hills.

It's thought most winter-active beetles were underground when fires came through and many of these remained unharmed.

The key now is to get fences mended and stock back on country as soon as possible, they said.

The Dung Beetle Ecosystems Engineers team is also looking at ways summer-active beetles affected by the fires can potentially be re-introduced once pasture has regrown and animals are back on deck.

Dung beetles, which efficiently bury dung ensuring the soil is enriched with nutrients and stopping worm parasites and flies breeding, are a big economic boost to livestock producers.

Most producers are very fond of their dung beetle populations and have even become competitive in regards to their numbers. DBEE is a five-year project, supported by Meat & Livestock Australia and the Australian Government, focused on importing and mass rearing foreign dung beetles to fill seasonal gaps in Australia.

Technical research coordinator and Charles Sturt senior research fellow Dr Russ Barrow said it's early days - surveys have been conducted at the start of February and March - but it was very promising that field workers were constantly locating beetles.

"Numbers are reduced but that's to be expected and we are actually finding new generations in fire-impacted regions, which indicates beetles in areas where kilometres of country was burned out have survived," he said.

"Pastures in some bushfire-affected areas is coming along beautifully and stock are already back, providing the necessary resources for beetle populations.

"It will take a lot longer but we will eventually be able to state the impact of bushfires on beetles and that will be valuable information."

Country affected by floods is also on DBEE's radar and about to be assessed.

The ultimate aim is to be in a position where healthy populations can be re-established after natural disasters, which may mean some redistributing.

"We call the dung beetles 'mini livestock' and recovery from natural disasters, including drought, means building up their populations again," Dr Barrow said.

In severely drought-affected country, there are expected to be issues with needing to restock dung beetles.

"Drought obviously reduces the number of cattle and if a producer completely destocks, dung beetles can to some extent move on but the distance they can travel is not too great and realistically, many are lost," Dr Barrow said.

There could be an argument to keep a few head and hand feed, rather than completely destocking in dry times, for the purposes of dung beetle population maintenance.

DBEE is looking at mapping regional depletion of populations but data is still in the early stages.

Dr Barrow said the bushfire surveys were good news for farmers who had incurred significant losses in the disaster.

"Once they get stock back onto the properties, beetles are potentially going to be there providing their economic benefits and this will one less issue the farmers face," he said.

He said it was important for producers to relocate cattle on fire-affected properties or in close proximity to these areas once pastures have been regenerated, typically three to six months later, to ensure populations of beetles have dung as a food source and place to lay their eggs.

Producers can find out how beetles fared on their own property by getting in touch with the DBEE team via www.dungbeetles.com.au.