Producer and consultant with The Natural Rice Co, Steve Rogers, with a crop of Sherpa variety planted December 27 at Tuckurimba via Lismore.

Dryland rice is showing its potential during this perfect North Coast summer season.

Sherpa variety dryland rice planted a month later than normal at Tuckurimba, via Lismore, is showing how the crop can perform in a wet summer.

Rice grower and consultant with The Natural Rice Co, Steve Rogers, has welcomed the season, so different from the past few, especially last summer when little rice was harvested, with most crops baled for silage after an in crop rainfall of just 180mm.

This year the first rains came late, with crop direct drilled immediately after a Christmas fall of 50mm. In the dozen weeks since more than 600mm has fallen on the part of the Richmond floodplain which combined with warmth and sun, has worked in Sherpa's favour.

"It hasn't missed a beat, said Mr Rogers. "We need a season like this to remind people why dryland rice is so suited to the North Coast."

Having said that, this year's late planting came in the nick of time, with much cooler weather arriving just after pannicle initation - a critical period in grain development when temperatures must remain above 17 degrees Celcius.

With fungal disease prevalent in the north and water pricing a setback for irrigated growers in the south, coastal subtropics provide something of a sweet spot for this fledgling industry with no fungicides required and pesticides used rarely for African black beetle and wire worm. 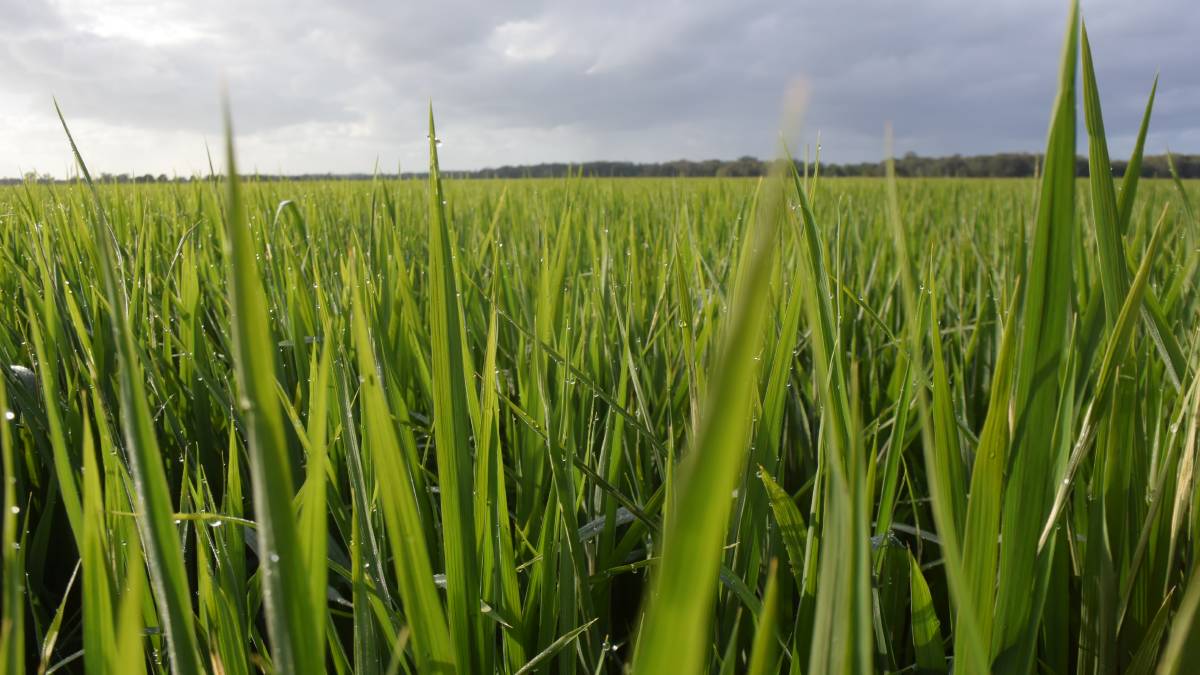 Grass control, however, is regarded as part of the management, with Cortiva's new group A and I chemical Agixa proving to work well, especially blended with group C propanol to reduce resistance. Meanwhile, group A Barnstorm remains in short supply.

The Natural Rice Co has long held plans to develop its own mill at Kyogle, on land it owns, when paddy production hits 10,000t but for now grain is milled through a private contractor and packed in Sydney.

Some of it goes into healthy rice snacks produced by the company which are gaining access to supermarket shelves. There is now government funding to research other niche rice varieties - like red, as well as black, that could play into farmers' favour.

Rice being a grass doesn't fit into a sugar cane rotation as neatly as broadleaf legumes, like soybeans but is a good option for growers who have a bad broadleaf weed problem. But when it come to cash return Mr Rogers says the crop offers merit - especially when a season like this rewards little else.

"Economically, dryland rice can fit into a rotation," he says, noting the Tuckurimba paddocks had the potential to deliver 9 tonnes to the hectare at $500/t.