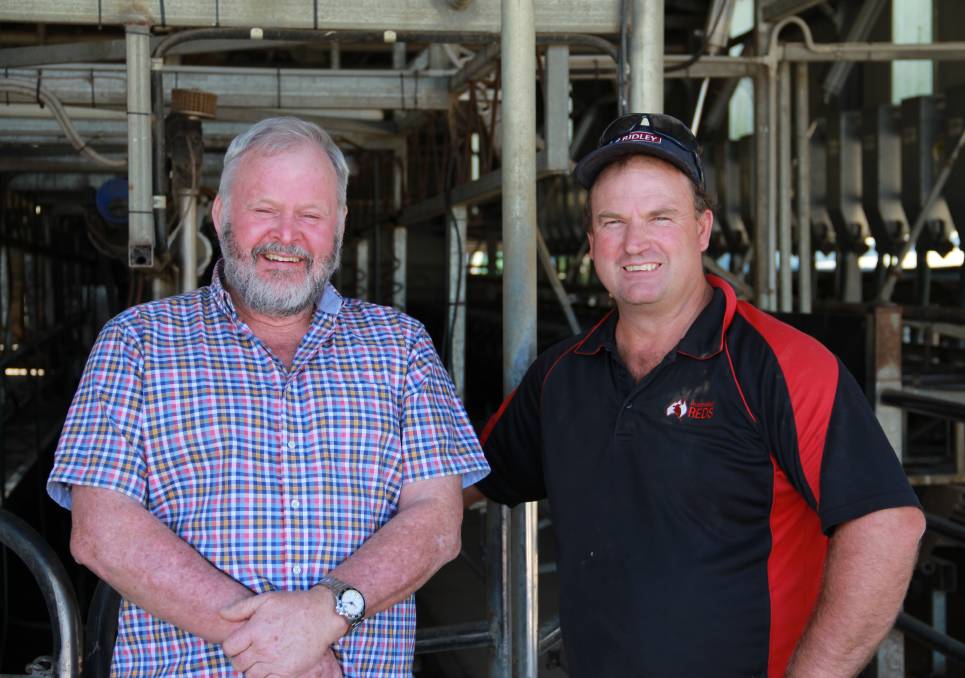 Idea for retiring farmers to lease water to local irrigators.

A group of farmers in the Cohuna district in northern Victoria have come up with an innovative idea to keep irrigation water in their community.

The Gannawarra Water Guardians (GWG) would like to see retiring local farmers lease a parcel of their water assets to younger irrigators in the region.

Gannawarra Water Guardians steering committee member, Skeeta Verhey, said their group was started around 18 months ago when a few concerned irrigators got together to discuss the impact low water allocations and high water prices were having on their businesses and community.

Mr Verhey said many of the irrigators in their region were dairy farmers and they were seeing their water traded downstream for permanent plantings.

"Your water assets are the biggest driver in an irrigation area," Mr Verhey said.

"We were thinking about how we could keep that water asset local, without trading it out.

"We knew we had a lot of people retiring with water assets and we knew we also had young farmers coming into the industry with little water.

"So we thought how can we transfer those water assets to keep it in the community?"

Mr Verhey said the idea was that retiring farmers put a portion of their water up for a medium-term lease within the local area.

"It goes into a register, we align that water with a local irrigator and they lease it on fixed terms in a contractual arrangement for three years," Mr Verhey said.

"If it was 300 megalitres of water, I would suggest we would break it into three parcels of 100ML, rolling out a parcel every 12 months to have a variance in it."

He said keeping water in the community was crucial for every local irrigator, both economically and socially, no matter their water portfolio.

"It's not just about the dairy farmer, it's about our services, keeping the doctor, the teacher, the pharmacist in town," Mr Verhey said.

He said if the number of irrigators in the region reduced there would also be fewer people to pay the bill for the irrigation system.

"You couldn't threaten an irrigator with not paying a water bill. You could say 'I'm not going to deliver you any more water', but they could say 'well fine, I'm not using your system, I'm just trading my water'," Mr Verhey said.

"We'll have a patchwork quilt of irrigators that have got to pay for an irrigation system they can't afford."

It will take selling to do it, it may or may not be successful, but you can't not have a crack. - Stephen Henty, Cohuna dairy farmer on their idea for keeping water in the community

Fellow committee member, Stephen Henty, has been a dairy farmer since November 1973.

"I've just about got it nailed, every year I think, I've learnt a bit more, still haven't got it quite right but every year I'm getting closer," Mr Henty said.

While, he's not ready to give the gig up yet, he said he had thought about what he will do with his water assets when he retires.

"I'm getting closer to getting out, we haven't got succession happening on the farm, I own water and I kept thinking to myself, do I want to sell the water and just end up with a wad of money?," Mr Henty said.

"I like the idea of saying, okay the water, that's my superannuation, I take some of the money and buy a house in town and some of it I could put in a pool that could be leased out to farmers.

"This could allow us to offer other local irrigators price stability so they can remain active producers in the area and keep the economy of our district sustainable.

However, Mr Henty and Mr Verhey said it had been difficult to get the idea off the ground in the current climate. The gap between the price retiring farmers can sell their water for and what local irrigators can afford being too large.

"Water's just gone berserk and it's difficult to ask someone to forgo the amount of money you can now get, even with the social return," Mr Henty said.

"It's something we're still very keen to do and we're hoping to have all the t's crossed and i's dotted, so when it does rain and the water price comes back to a sustainable level, we can get some traction.

"It will take selling to do it, it may or may not be successful, but you can't not have a crack."