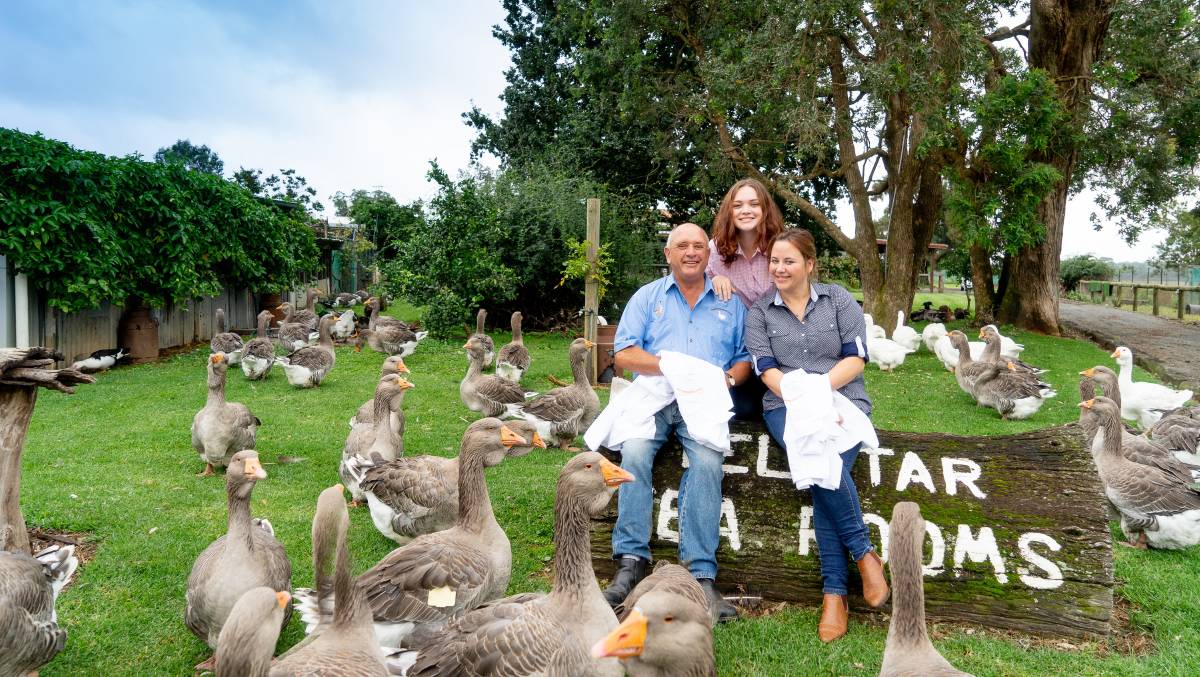 A passion for poultry passed down.

For the first time in generations the Peel family, Camden are not in the midst of getting their animals to the Sydney Royal Easter Show.

Michael Peel of Peel Ridge Stud said they usually take 70 to 90 waterfowl and poultry entries to the Sydney Royal, the whole family on board to help.

"It's a big job, the family really throw themselves into, it's like Noah's Ark getting down to the show," Michael said.

"I don't know how many more years I've got in me, every year I say this is it, so now I'm doing my encore."

Daughter, Kate said the family had been involved in the Sydney Royal for five generations.

"Dad's one of six and with his family we would nearly have animals in every pavilion at the show," Kate said.

"It was like a family holiday, we would all go down and hang out there.

"The agricultural industry has supported my family for many generations and the Sydney Royal has always been a big part of that, I volunteer at the show to honour and give back to the industry."

Michael's granddaughter Olivia, 19, is also involved with the show, following in Michael's footsteps, with a passion for all things poultry.

"I've been walking around with Pop checking eggs for as long as I can remember and I've been showing in our local shows since I was seven-years-old," Olivia said.

"At school you had people interested in cattle and sheep, but my friend and I were so passionate about poultry that we would hold little classes on it during lunch."

"Dad's one of six and with his family we would nearly have animals in every pavilion at the show." - Kate

Olivia said her grandfather had always encouraged her to push the boundaries when it came to showing poultry.

"Every year I did showmanship for the poultry at the Sydney Royal, I would bring a bird up and do a talk on it," Olivia said.

"My first year I did Belgian D'uccle chicken and Pop, ever the waterfowl lover, said 'why aren't you doing a duck?' So I became the first person in showmanship at Sydney Royal to do waterfowl.

"I did a Rouen drake duck the second year, then I had to up it so I did a Toulouse Goose, I was the first to do geese, the next year I did a Bourbon Red turkey, which the crowd loved, it was the first turkey."

Olivia and Michael now work as a team in the judging ring and with breeding.

"I'm big on type, I say it's like building a house, you can always hang the curtains and paint the place but if you haven't got type, you've got no foundation to work with," Michael said.

"But, Olivia's very good on the colour, the lacing, she has a really good eye for detail in this area, so I bounce things off her and it works very well."

After winning a young judges competition at Sydney, Olivia, 19, was invited to steward at the UK's National Poultry Championships at Telford, which has around 7000 entries.

She also ended up taking the British waterfowl judging exam while she was there, meaning she's now qualified to judge waterfowl in both the UK and Australia.

The trip quickly ended up being a whole family affair.

"When Olivia got invited over there I said, 'well I better come with you,'" her grandfather Michael said.

"When they heard I was coming over they invited me to judge the geese section at Telford."

Michael's daughter Kate also came along as the official photographer, the three generations touring water fowl breeding operations and shows in both the UK and Germany.

"It was my first time seeing the poultry industry overseas," Olivia said.

"I was amazed at the scale in Britain and then we went to Germany and it was five times bigger again."

Kate said it was interesting to see how the countries dealt with a lack of space, Germany setting up community poultry clubs where everyone kept their birds on the same farm.

"The shows had so many entries there was no first prize only gold, silver or bronze issued for the standard of the bird, like wine competitions here in Australian."

Now back in Australia, the family will begin to look to Sydney Royal 2021.

"The upside is I don't just breed for the show, I breed because I love having the birds about.

"I can sit out, under the shade of the tree and watch the birds graze and enjoy themselves, it's a lovely place to self-isolate."