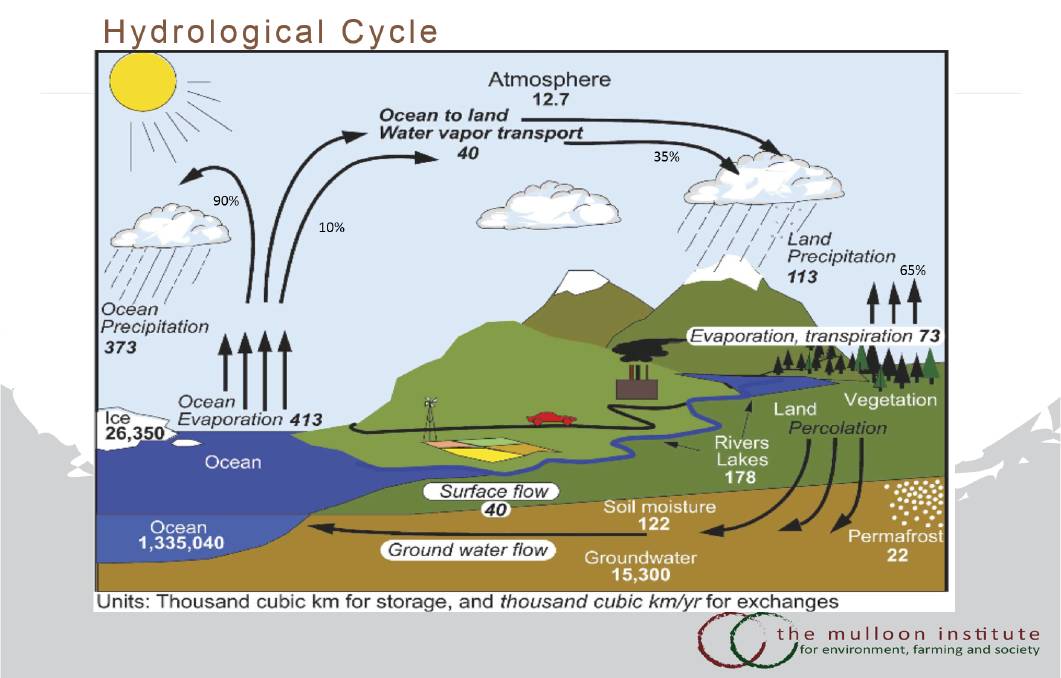 Australian farmers have access to the most natural and abundant resource in the world, solar energy.

It is a free and consistent source of power which can be turned into whatever product they wish to sell.

Yet, according to Peter Hazell project co-ordinator with the Mulloon Institute, Bungendore, few are actively engaged in tapping that resource to enrich themselves and ultimately the nation.

"We can use solar energy to build or otherwise to destroy a landscape and there has been a lot of landscape destruction going on," he said.

"It has been dried out over many years and when we do get a big rain event the water often just runs across the surface causing damage to topsoil and fences.

"We have to dissipate energy pulses from both sunshine and rainfall events to alleviate that loss. But also, as our climate becomes warmer, rainfall becomes less frequent and more intense. The way to turn this around is to employ strategies that actively cool our environment." 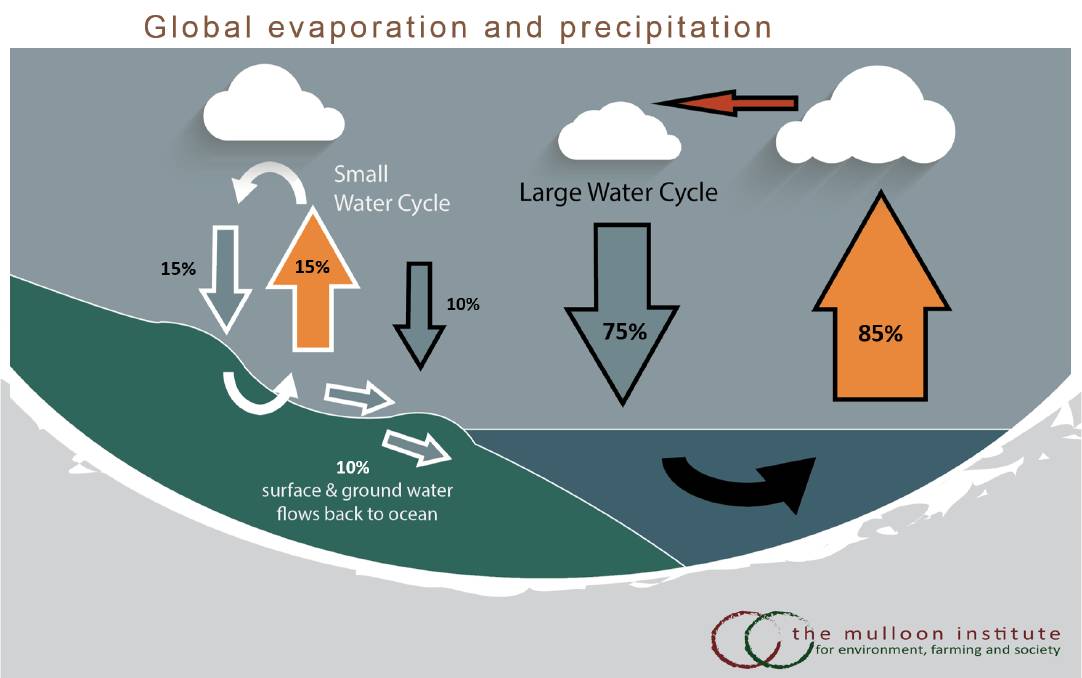 Mr Hazell explained that as pockets of air become cooler they are able to become saturated with water vapour and with 100 percent humidity then you can get condensation either as dew or as rain.

"Those landholders who have been able to maintain good ground cover and other vegetation are finding they have a better water cycle happening because, when it does rain, more water soaks into the ground rather than running off, but importantly they also have greater leaf surface of area for evapotranspiration, which absorbs energy, cools the air and increases humidity. That same leaf surface area then provides sites for dew to form on at night." he said.

"During this past period of drought we were seeing plenty of rain falling just off the coast, which is cooler than the land, but very little falling on the land.

"And when it does it either runs off or evaporates almost immediately."

Mr Hazell said if the eco-systems and landscapes were functioning properly then water from rainfall events that fall over the land would cycle several times over the land before that water would eventually reach the ocean again.

"We need to re-hydrate the land because as you dry the land rainfall is less effective even though we still get rain events," he said.

"Unfortunately most of those events either runoff causing serious erosion or evaporate and so very little actually soaks into the landscape to begin the natural water cycle sequence." 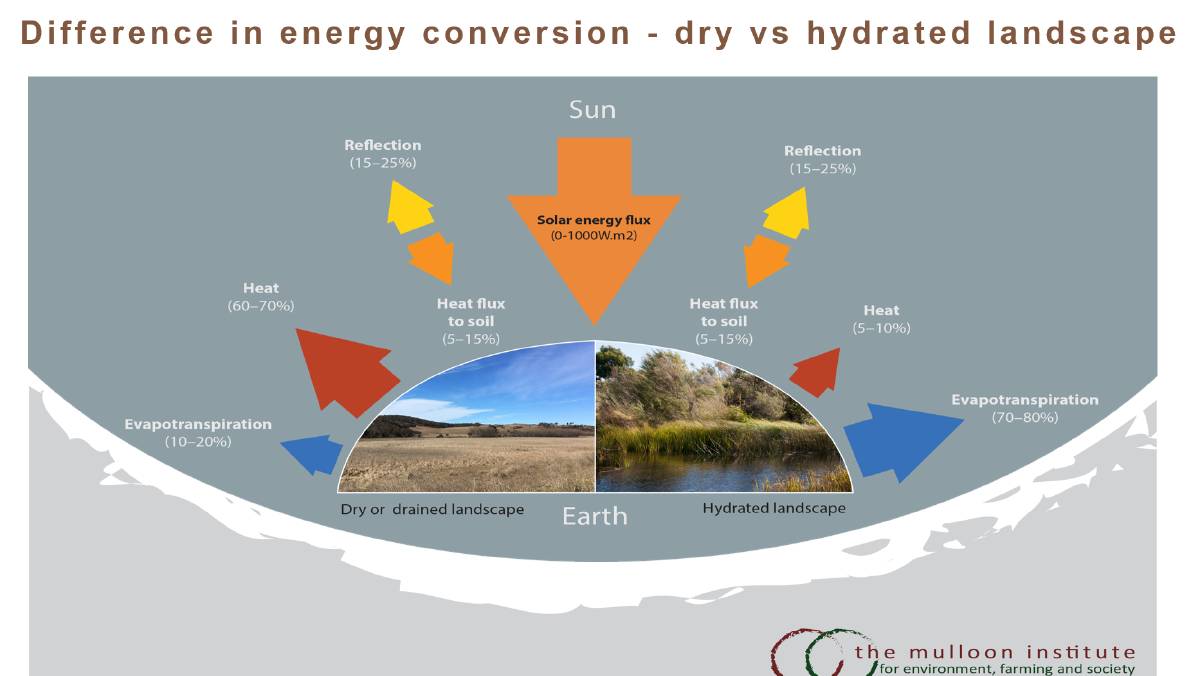 But Mr Hazell made the point that landholders need not just rely on rain events to provide moisture for crops or pastures.

"It is not just rainfall, this is where I get back to the idea that dew is also important. This is an area that hasn't been greatly studied," he said.

"You are actively influencing your micro-climate and you increase the chance of precipitation both as the result of rainfall and of dew."

Mr Hazell did want to note there is not a lot of empirical data around the effectiveness of dews increasing precipitation, but he would argue that on the tablelands you could increase your annual precipitation by up to 100mm if you can get your micro water cycle working effectively.

"You can make rain if you have a healthy landscape because, using the available solar energy, your landscape will naturally want to cycle water," he said.

"Planet Earth's ultimate climate moderator is in the coupling of the water cycle and its plant systems.

"However, a water cycle without plants is otherwise the most erosive force on the planet."