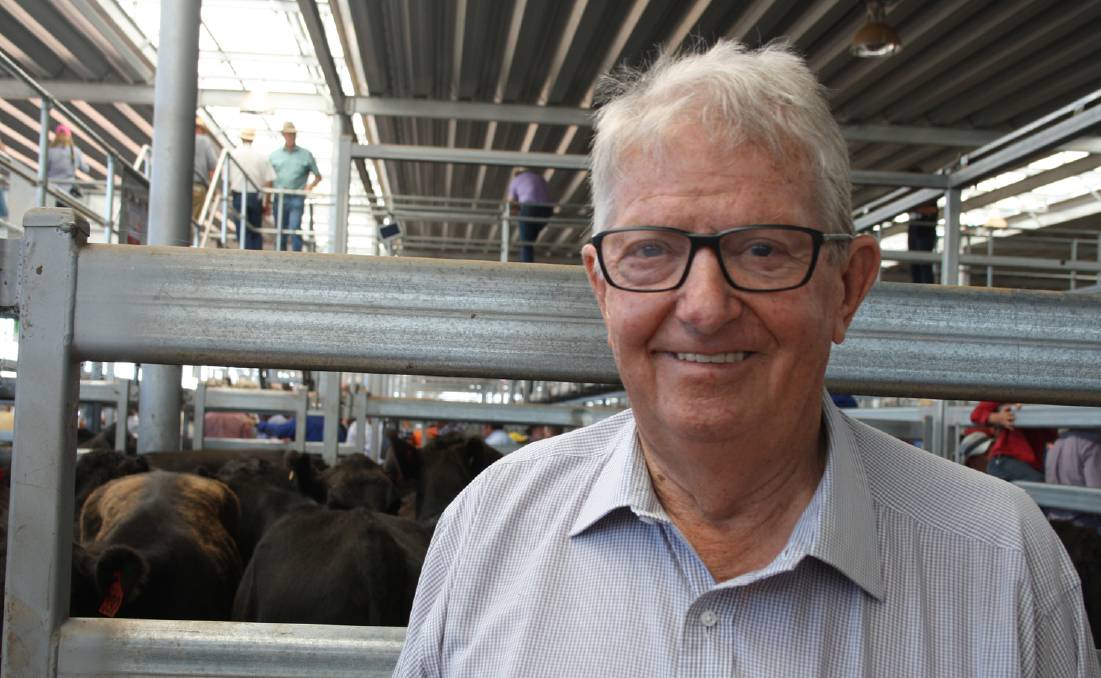 VALE: The late Brian Unthank at the opening weaner sales at Barnawartha in 2016 when he said he still got a buzz from attending the annual sales.

The livestock and real estate agency industry has lost an elder statesman with the death this week of Brian Unthank, Albury, NSW.

Born at Somerville and educated at St Patrick's Ballarat, he obtained his wool classing certificate while still at school.

After matriculating, he started with New Zealand Loan and Finance company as a cadet in the wool department in central Melbourne.

NZL store stock auctioneer for Victoria and Riverina at the time Pat Barry, encouraged Brian to transfer to the livestock department where he became a trainee auctioneer assisting Mr Barry.

He was appointed manager at Boree Creek, NSW, for three years until he was transferred to Albury to establish and co-ordinate a store stock business for NZL.

In 1966 Brian and his wife, Judy, decided to start Brian Unthank & Company and were joined by Jim Williams a short time later. EARLY DAYS: The late Brian Unthank was a strong advocate for auctions to set the price, he is pictured at the Running Creek sale. Photo: supplied

Brian obtained his auctioneer licence in 1955 and had more than 65 years of active agency work.

Today his sons Gerard and Michael operate the livestock side of the business.

Michael said his father was active in the business right up until his death.

He said Brian started at Newmarket and after "cutting his teeth" there moved to Boree Creek.

His father had always been a strong supporter of the auction system and "drilled that into us as well".

"He believed the open cry auction was the best barometer for price setting," Michael said.

He said his father also nurtured the young staff and taught many of them the ropes.

Brian was also a strong advocate for the private agencies.

Michael said his father was extremely proud of the involvement of family members in the business.

Brian's office was situated so Michael and his brother Gerard had to walk past it, and his father would always stop them to ask what was happening.

Gerard and Michael work in the livestock side of the business while their sister Susan Hanrahan and her two sons work in the real estate side.

Brian's long-time friend Graeme Ward said Brian had supported many in the industry, whether they were in the same company or not.

He helped a lot of people along the way.

Mr Ward said Brian based his selling style based on that of Pat Barry.

Brian had the ability to get a good price because of his style which appealed to all.

Mr Ward said he and Brian also ran some horses together, which gave both a lot of pleasure.

He said Brian always had a story to tell and a great sense of humor and was a accomplished after-dinner speaker - particularly "after a couple of reds".

Brian is survived by his children, Susan, Catherine, Gerard, Michael and Lisa.