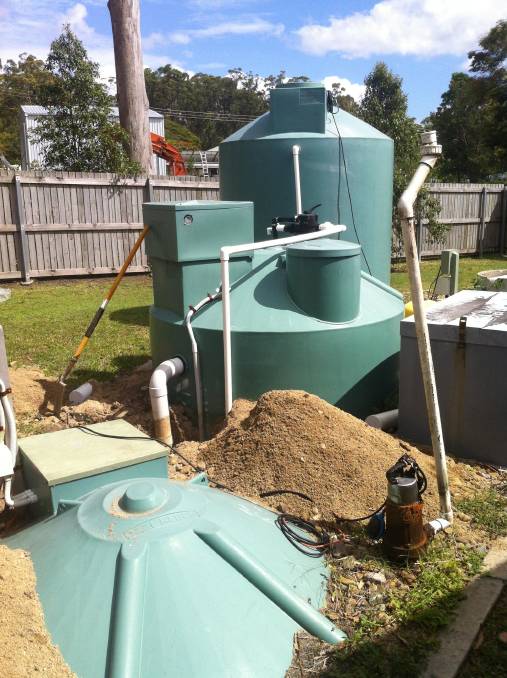 You might think that building standards are there to ensure the best possible outcomes in relation to our built environment. That's generally the case.

In fact, it is a standard that is not fit for purpose and which will likely cost Australian householders millions in coming years.

In 2019, I was commissioned by a wastewater treatment designer to analyse the economic impact of this new Australian standard, known as AS1546.3.2017.

This was deemed necessary as no state authorities appear to have completed a regulatory impact statement on the new standard, as may be required to do before implementation, and SA has not published a final draft of its own net benefits analysis.

My economic modelling concludes that the shortcomings in AS1546.3.2017 will generate significant and unnecessary costs for homeowners in the future.

They also signal a looming concern for all householders.

The central issue with the new code is that it requires domestic secondary wastewater treatment systems to have a minimum hydraulic capacity of between 1,200 litres a day and 5000L/day. Such a capacity is designed to serve households of between eight and 33 occupants.

The 2016 national census found that the average household in Australia has 3.1 bedrooms. Ninety-two per cent of homes have less than four bedrooms.

The new standard requires a wastewater treatment system that is designed for between eight and 33 residents, to be put in place in homes which, on average, have only two or three occupants.

This stipulation begs questions as to why should consumers be required to pay far more to install and maintain a system that is technically far too big for their home and physically too big to fit on their block?

There are no size requirements on other household basics, such as hot-water systems for instance, so why is it deemed necessary for wastewater systems?

Passive wastewater systems do not require quarterly maintenance (although they do require periodic desludging) and do not use electricity. Also, they are completely underground. Unlike AWTS, they are easily scalable to any home size.

Despite these clear differences, passive system operators are now being forced into the new standard.

Standards Australia is simply ignoring the scope of passive wastewater technology. It is regulating out innovation, enshrining built-in redundancies and limiting competition.

I estimate the extra cost of installing a larger, non-passive wastewater system to meet the minimum hydraulic requirement in the new standard, to be $21,800 per household over the lifetime of the system.

I looked specifically at the state of Queensland and at projected costs of the new standard across the state.

If 30pc of the market used passive systems, my modelling suggests a saving of $72 million for Queensland households on an annual basis.

If we also factor in the administration cost burden for local governments to maintain quarterly inspection reports of about $144 per year per household for the 30pc of households that might potentially take up passive, low-capacity systems, we can add a further $7.2 million saving to the evaluation.

That's a total saving of $80 million per year on a 30pc market share projection. These potential savings are denied householders as the new standard sets the capacity minimum, as we have seen, at eight people.

As modelling for Queensland alone shows, this shapes as a significant lost opportunity for individual householders across the country.

The numbers flag a completely inadequate standard that does not consider the net economic impact it will have.

In recent years, a spate of building disasters and too many cowboys in the construction industry have shone a harsh light onto the building industry and on regulators.

The pressure is rightly on to ensure better standards and accountability in urban and regional construction and planning.

But, calls for better governance all round around how our built environment is created and managed remain unacknowledged and undeveloped by regulators.

The current indicates that those who are regulating the system are seemingly prepared to ignore basic economics and to eschew valid aspirations for a more sustainable built environment, in what appears to be a nod to old technology and to the business models of well entrenched providers.

It is still possible, and relatively simple, to amend the new standard to avert a cost disaster for Australian households and to incorporate new technologies.

Until then, the Australian consumer is stuck with a new standard designed for old technology that is simply not designed for today.