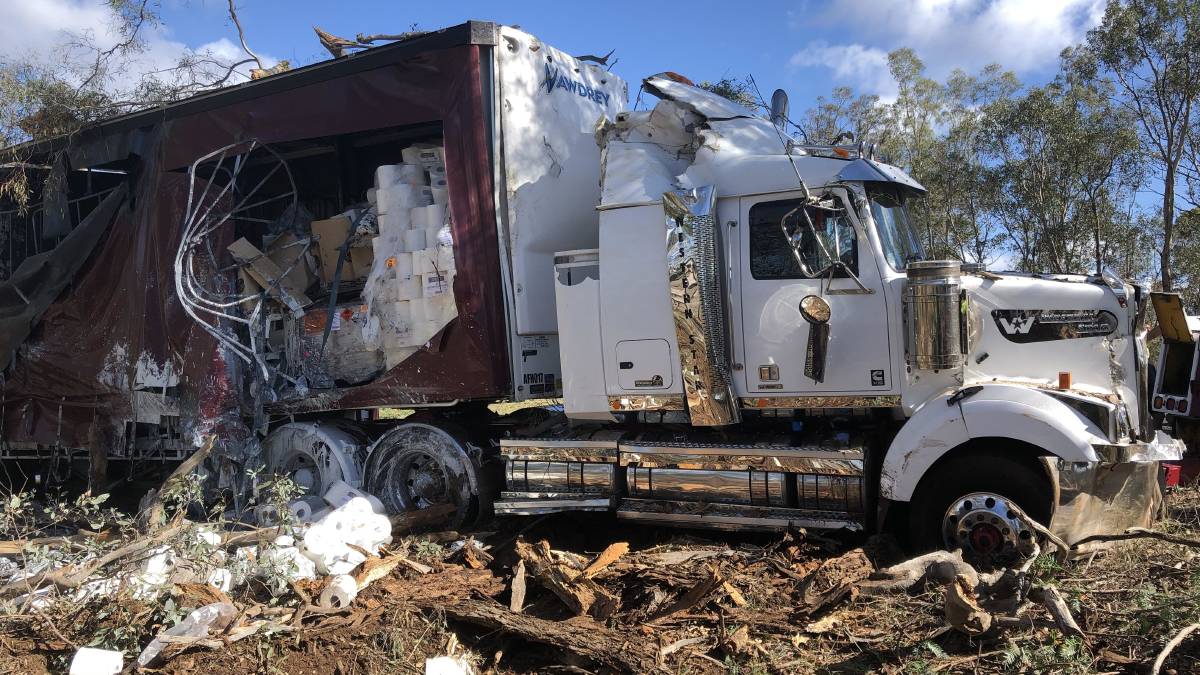 The rare necessity is splattered with pain and covered in dirt on the side of the road.

A truck driver has escaped his rig unharmed after a crash north of Wagga on the Olympic Highway on Sunday.

Still, the aftermath was almost enough to make your eyes water - toilet paper strewn across the road, splattered with paint and scattered in roadside bush.

Emergency services were called to the scene north of Yathella Road, around 25km out of Wagga. 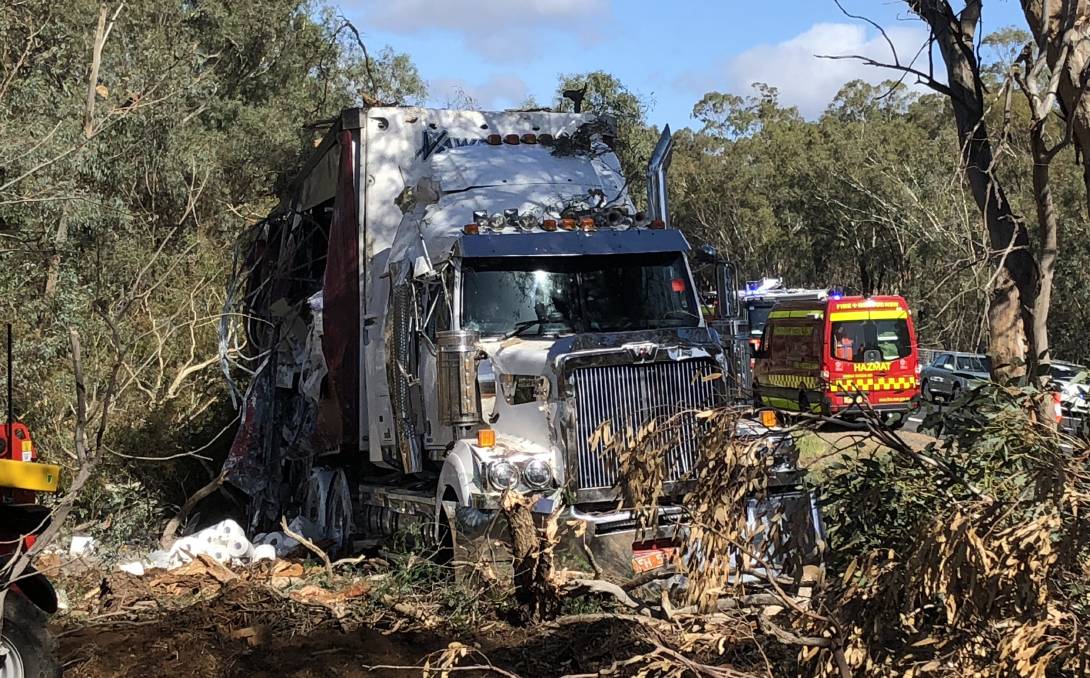 With the driver uninjured in the crash, what ensued was a clean-up operation that lasted several hours as salvage crews worked to clear the load, the road and the roadside.

"The truck came off road (and collided) with a tree, driver is fine fortunately," he said.

"We are out there to check the load - appears to be paint and other products, all seem reasonably intact but making sure it's contained."

The road was cleared and rendered safe by 12.45pm. Motorists had earlier been advised to allow extra travel time as they could only pass the crash site under stop-slow conditions.

The story Toilet paper strewn across highway after truck crash first appeared on The Daily Advertiser.