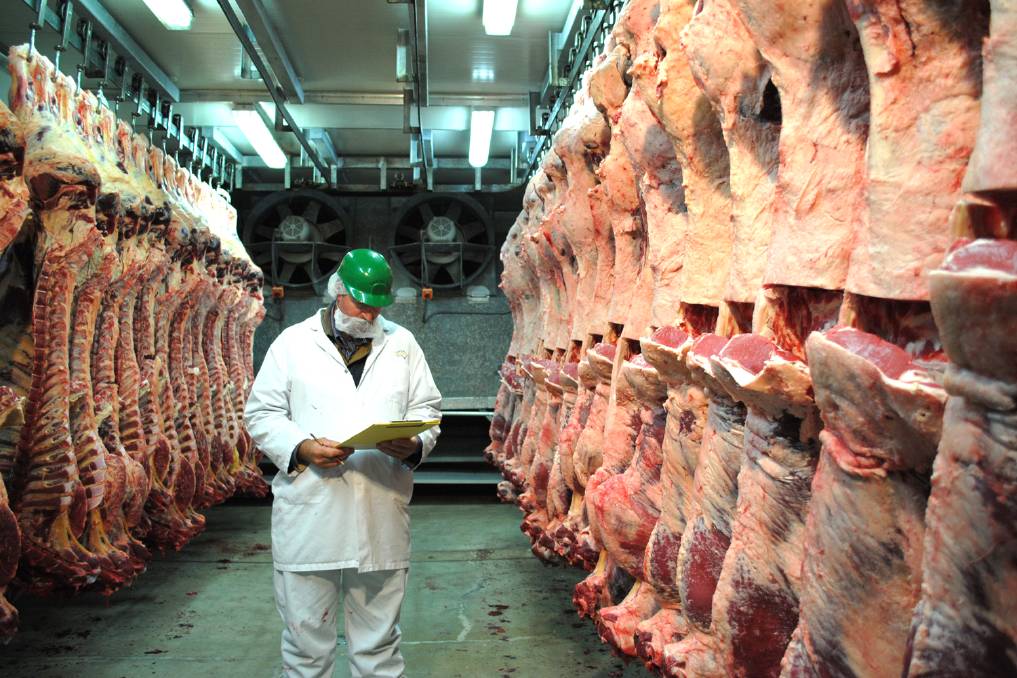 Market weaknesses will be exposed in the current global economic climate, say learned observers, but Australian agriculture is well placed to ride the storm.

Agriculture is one of Australia's economic high points at the moment, as long as we feed the market's desires. Staples are what people want.

"We're off to a fantastic start to the season," he said.

"Properties are still changing hands," he said, adding that while social distancing had changed the way properties were inspected, the coronavirus outbreak certainly hadn't stalled investment.

Generally about this time, machinery sales would start to pick up, said Mr Williams.

And the Tractor and Machinery Association confirmed this trend, reporting a huge rebound in sales across the board.

"It's now been a great start to the year," he said, despite January and February having looked a bit slim.

"It's better than just good," he said. Mid-sized tractor purchases to about 100 horsepower had been particularly strong since the government had introduced accelerated depreciation on purchases of $150,000.

"Accelerated depreciation has done what it was intended to do."

Mr Northover said once the rains started and became more widespread, sprayers had been the hot ticket item and then came seeders.

NSW Farmers president James Jackson said he felt there may be a greater appreciation for agriculture during and after the pandemic.

"People might reconnect with ag. When things go wrong it is useful to have something in the fridge."

Mr Jackson said it wasn't business as usual for supermarkets.

"The weakness of just-in-time supply chains has been exposed.

"When consumption doesn't follow the supermarket chains' modelling you'll find there's nothing on the shelf.

"And the existing monopolies of supermarkets have been reinforced, they're charging consumers more but that is not reflected at the farm gate.

"Our food supply chains are fragile and that fragility has been exposed."

Yet, NAB agribusiness economist Phin Ziebell says agriculture is a good business good to be in.

"Agriculture is the most positive part of the Australian economy," he said.

"And if you believe what the Bureau of Meteorology says, we're looking at a very wet autumn."

"One, you've got reduced pursuit of high-value commodities," he said.

"You also have a threat to transport links, both domestic and international. And food processing chains - for instance horticulture and dairy processing - could come under pressure."

Agriculture is the most positive part of the Australian economy. - NAB agribusiness economist Phin Ziebell

Yet the population's desire for staples places Australian farmers in a great position, he said.

"Half a century ago the economy was far more focused on the staples for life - you have to eat.

"We're looking at a serious stress test of our economy, and I think discretionary purchases will be reassessed. I probably wouldn't want to be in the fashion industry at the moment."

Mr Ziebell said about 55 per cent of the Australian economy revolved around consumption and many jobs in service industries depended upon a rapidly shrinking purse.

"The just-in-time supply chains are being unwound.

"Major exporters are starting to hoard commodities for their own populations (for example Vietnam suspending rice exports).

He said that meant it was time for growers of fibre to take a long, hard look at which crop would serve them best.

"You might find growing rice, rather than cotton, matches market economics better, but it's a tough call to make, considering the consequences are a year out."

He also said now was the time to be looking at a herd rebuild.

"It takes a crisis like this for people to realise what's important.

Rebuilding our national herd is a task Rabobank regional manager for central NSW Toby Mendl says will take time but is already underway.

"The rain has been a real positive, particularly when you look at western NSW, things have already begun," he said.

"Despite the uncertainty, participants in the agriculture industry are making the most of what is in their control and they're just getting on with it."

He said bridging the divide between rural Australia and people in the cities remains a challenge for agriculture.

"But if this offers us up an opportunity to help educate people about ag, then that is a real positive."

Mr Mendl said there had been a surge of demand for long-life products - for instance pasta, noodles and flour.

"It's a positive time to be in ag and not living in the cities, people in the bush aren't cooped up, which is positive for mental health.

"The Aussie dollar and where it sits internationally (at US 0.618c on Tuesday) is also cushioning us somewhat."

He said sentiment is "through the roof compared to where it was last year".