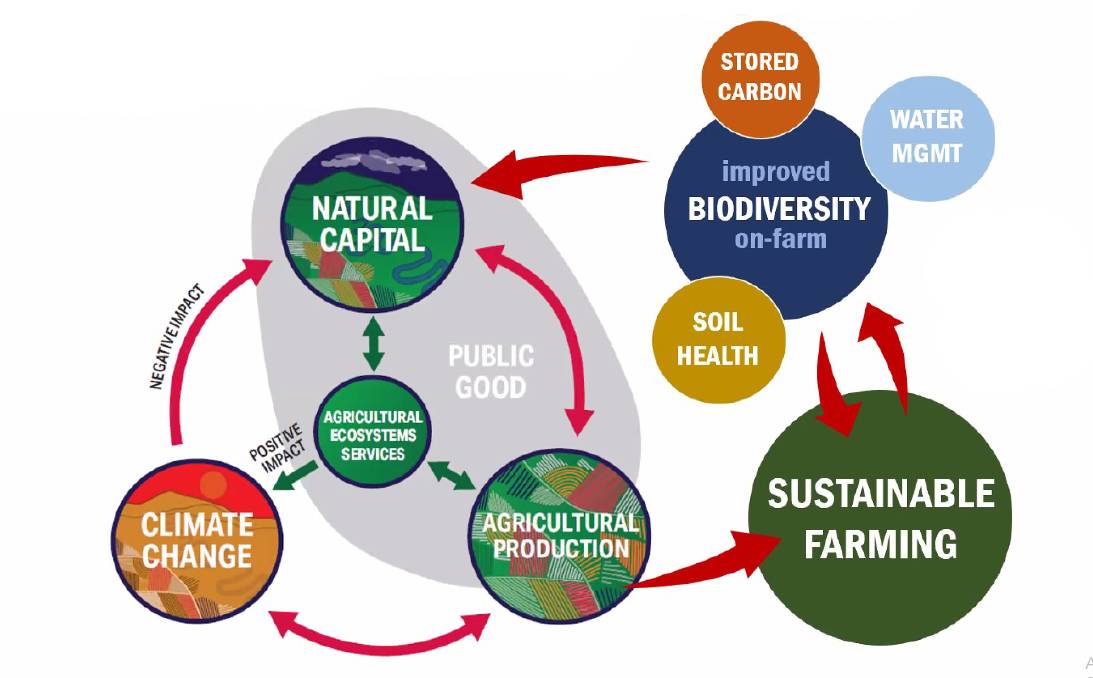 How high will the bar be set when it comes to entry level, and how rigorous the accreditation will be to claim status as a biodiversity steward will require careful balance.

To help position Australia as a suitable market competitor, the Australian Farm Institute travelled by Zoom and the online world to the NSW Central West on Tuesday to nut out a plan for what will become a broad agricultural land stewardship package.

Ireland is on track to claim its place as the greenest food producing nation in the world while Brazil can already prove to key customers that its best branded beef does not come from paddocks razed of rainforest.

To help position Australia as a suitably responsible competitor, the Australian Farm Institute travelled by the web conferencing program Zoom to the NSW Central West on Tuesday to nut out a plan for what will become a broad agricultural land stewardship package.

At its core, the AFI will spend $34 million in federal funding to develop and trial a scheme designed to retain and improve market access, build wealth among farmers and maintain and improve declining ecological habitat.

"Part of the overall thrust is to reward the farmer," said AFI CEO Richard Heath, explaining that the National Farmers' Federation administered the program, contracting AFI to conduct trials.

The early development of this Australian-designed program is expected to last "a couple of years" and will study the track of others to learn what can be successful.

"Right now our work is all about discovery and consultation," he said. "This is the critical success factor to make this work and for it to become embraced by farmers."

Schemes that promote ecology while rigorously demonstrating that outcome to interested buyers include the sugar refiners' program Bonsucro - adopted by NSW Milling Co-operative, or Sunshine Sugar, and resulting in real improvements to Northern Rivers' estuary health.

Australian Dairy Sustainability, the Marine Stewardship Council and the Canadian Round Table for Sustainable Beef are other programs that prove industry viability in a new age to interested and premium-paying markets.

Mr Heath said whatever the outcome there was no intention to replace or dominate any existing activity.

"This will be a scheme of schemes rather than a replacement," he said, noting that discussions were ongoing with industry groups, environment groups and peak bodies to help simplify and harmonise the process.

Other areas being investigated included group certification, such as a cluster of small farms considered together.

How high will the bar be set when it comes to entry level, and how rigorous the accreditation will be to claim status as a biodiversity steward will require careful balance, warned Ian McConnel, global commodity leader with World Wildlife Fund, saying the top money would go to the projects that could prove their worth through data.

Viewers online were told that former federal minister for agriculture David Littleproud was on the receiving end of a common question when detailing new trade agreements: Was the primary produce sustainable?

"We need to produce food in a way to increase or at least stabilise biodiversity," he said. "We need to increase trust between farmers and customers and we need to be able to measure that."

When it comes to paying farmers for their efforts, Mr McConnel said only those that could show an increase, or "additionality" in creating biodiversity through improved habitat would meet market expectation. For those farms that already have something to show for their efforts, the most likely form of recompense would be from better branding and access to premium markets.