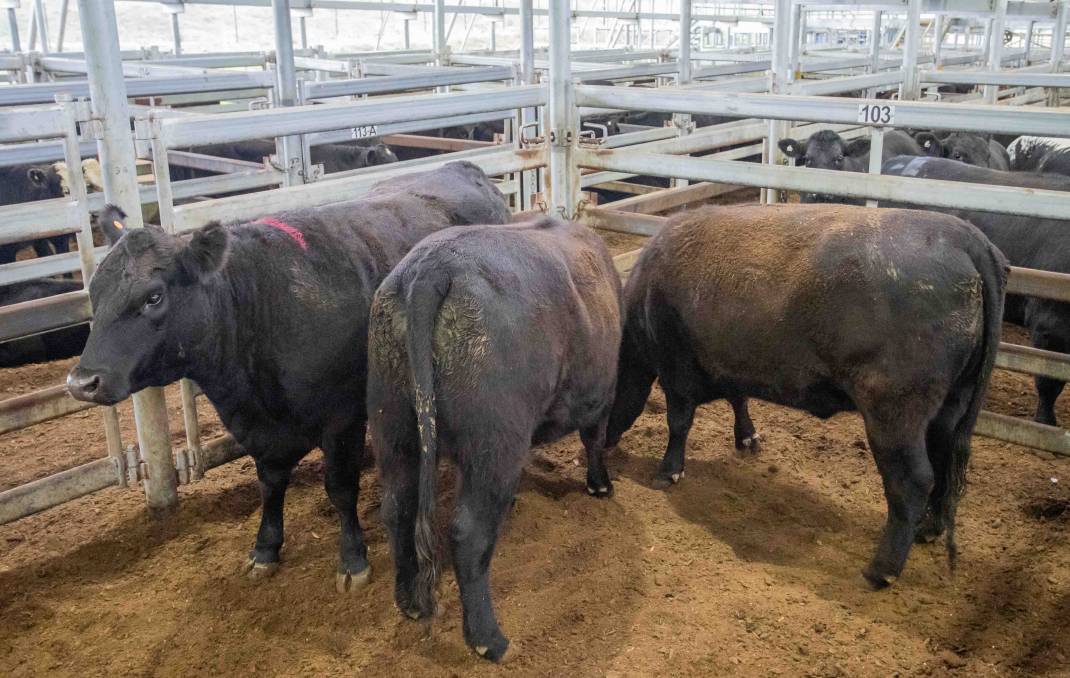 A 'sugar hit' just before Easter has pushed up NSW young cattle prices.

THE rush to restock country after more rain in the past fortnight has given NSW cattle markets a sugar hit heading into the Easter break.

Nationally, prices may finally be showing signs of stability after trending lower since mid-March. Meat and Livestock Australia's new National Yearling Steer Indicator (COV19) sits at about 340 cents a kilogram which is slightly better than last week.

But the upward trend is more pronounced among restocker cattle grades in NSW.

While the quality was mixed at the Dubbo prime sale last Thursday, supply increased due to a large number of weaners in store condition from the far west.

Young cattle to the restockers finished dearer with the young steers selling from 226c/kg to 538c/kg, while the young heifers sold from 280c/kg to 446c/kg.

A day earlier the restocker were also active at Casino where the market held firm with the odd sale a little dearer. Restocker weaner steers made to a top of 452c/kg, according the MLA's report, while trade vealers topped at 360c/kg. Feeder steers sold to 404c/kg, and the heifers to 364c/kg.

Recent rain across the region, pushed the prices up for restocker cattle at Tamworth on Monday.

Chris Paterson Stock and Station Agent principal Chris Paterson, Tamworth, said it was a very strong market even though the yarding was back to around the 500 head mark.

"The big increase on the day was the restockers," Mr Paterson said.

"Some good weaner steers made around 530c/kg and good yearling steers to be put away were making around the 470c/kg to 480c/kg mark.

"It seems to be with the low numbers and the rain about, the market is going from strength to strength."

Gunnedah's yarding on Tuesday was also reduced by rain and apart from the regular buyers, there was also plenty of restocker competition. Feedlots paid to 400c/kg for yearlings, while restockers paid to 340c/kg.

Meanwhile, most of the yearlings were bought by the restocker and lot feeder orders at Scone.

The lightweights to the restockers made from 408c/kg to 436c/kg, while mediumweights to the feeders sold from 375c/kg to 400c/kg in a dearer market.

In news further north, Gracemere prime sale was postponed this week after one of its staff members had close contact with a person who has tested positive to COVID-19.

AAM Investment Group managing director Garry Edwards said on Monday there was no certainty as to whether the staff member had the virus.

"Once our staff member's test results are known ... we will know if contact tracing and further action will be required," Mr Edwards said. "It is expected that sales will return to normal at CQLX on Wednesday, April 15."