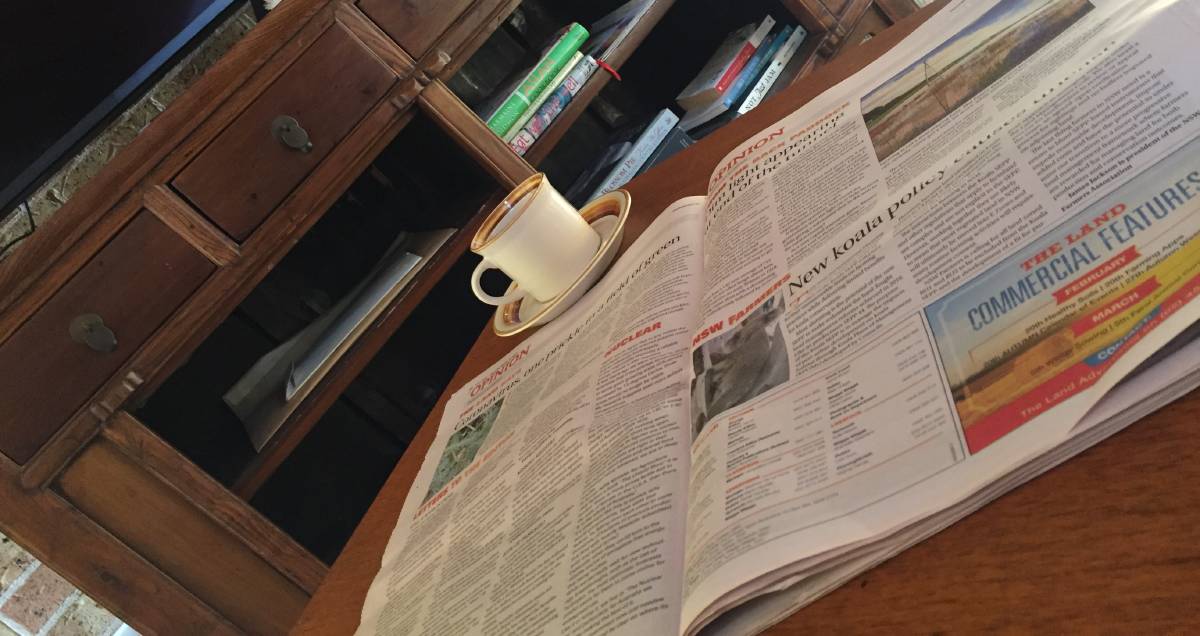 Country Press Australia has called for the federal government to release all $48 million worth of funds allocated to small, regional papers to help them get through the COVID-19 crisis.

The Barrier Truth Daily and The Sunraysia Daily to print once a week.

The federal government has released $5 million to support public interest journalism during COVID-19, but industry groups and unions say it's not enough to save small regional papers.

Broken Hill's The Barrier Truth Daily and Mildura's The Sunraysia Daily were two of at least 16 regional papers in NSW and Victoria to reduce or stop printing in recent weeks.

However, staff at both mastheads put their hands up to work as volunteers to enable one edition to be printed a week.

The $5 million from the federal government is part of a multi-year $48m Regional and Small Publishers Innovation Fund, which was announced in 2017 to boost sustainability in the modern media environment.

A statement from federal Communications Minister, Paul Fletcher, said the fund had now been enhanced, with more organisations able to apply for the $5 million, including metropolitan publishers and "other content service providers".

Chairman of Country Press Australia Bruce Ellen said although they welcomed the $5m, all of the $48m from the fund should be released and the government needed to ensure it was used only as intended, for small and regional publishers.

"We are concerned about the Minister's statement that more organisations will be eligible to apply," Mr Ellen said.

"We are seeing newspapers that have served their communities for more 100 years shut their doors and lay-off workers but the best the Government can offer is to bring forward a paltry $5m out of a $48m fund - a fund whose purpose is to promote regional journalism, local jobs and innovation," Mr Strom said.

"More funds, that are already earmarked for regional media, must be pushed out of Canberra and into the regions and rural towns that desperately need them."

Member for Murray, Helen Dalton, lobbied the NSW and federal governments to support regional papers, arguing people in isolated towns were being denied their main news source during a national emergency.

"This is not just an economic issue. It's a public health issue. Many older residents are not online, so newspapers are their only source of information on how to stay safe during this crisis," Ms Dalton said.