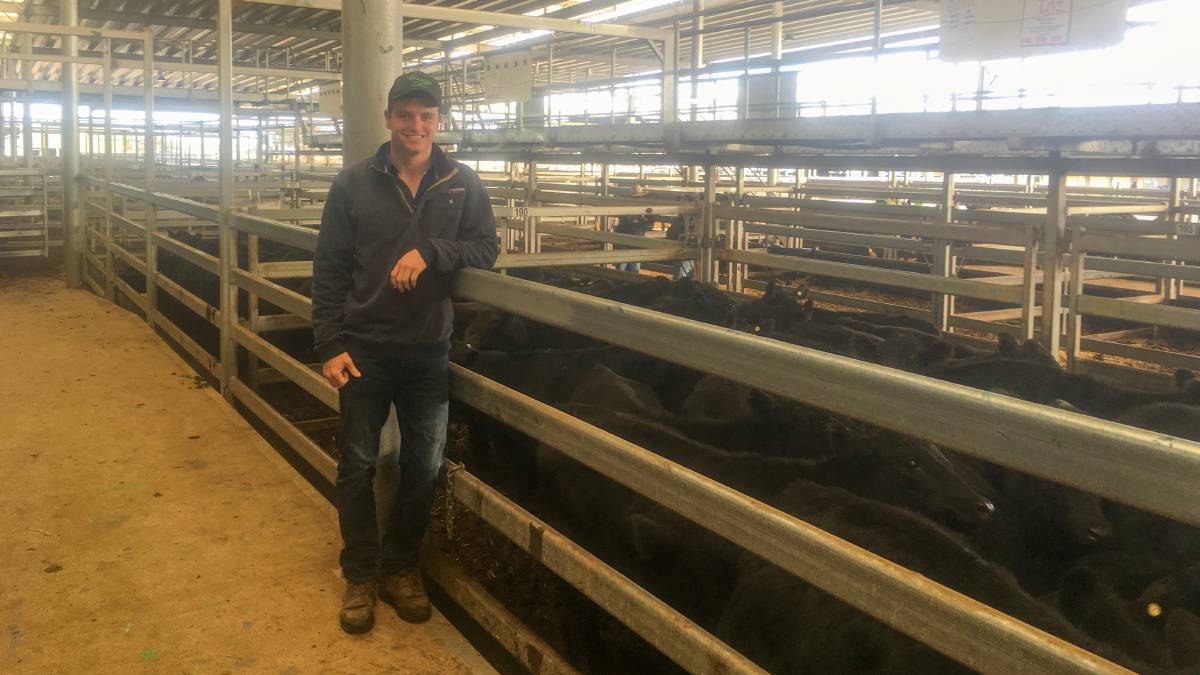 Jackson Meehan, Corcoran Parker with the tops of a run of 220 Angus steers from Fairfield Park, Greta South, Vic. This pen of 60, seven to eight month-old calves, weighed 255kg and sold for $1290/hd. Photo by NVLX.

One of the dearest sales of the year for Wodonga.

There was only 663 head of cattle yarded at the Wodonga saleyards on Thursday but it was one of the dearest sales of the year, prices up by 10-15 cents and large runs of weaners selling for 540 cents per kilogram.

There was a very small number of grown steers in the draft, Corcoran Park livestock agent Bo Helwig said prices were firm on a fortnight ago with most making anywhere from 340 to 380c/kg.

He said the feature run of the day was the 340 Angus calves, aged seven to eight months with Lawsons Angus blood, offered by Fairfield Park, Greta South, Vic.

Mr Helwig said the prices showed there was still a huge amount of confidence in the job.

"We've probably had the best autumn break we've had for nearly 10 years, we've had 200 mils from the start of March so things are starting to look pretty good here," Mr Helwig said.

He said there were northern buyers at the sale from the Bathurst region who competed strongly for restockers.

While, the very small yarding was put down to the fact that the bulk of the young cattle in the region had already been sold.

"The majority of the cattle in our area our Autumn calvers and the bulk are already gone," Mr Helwig said.