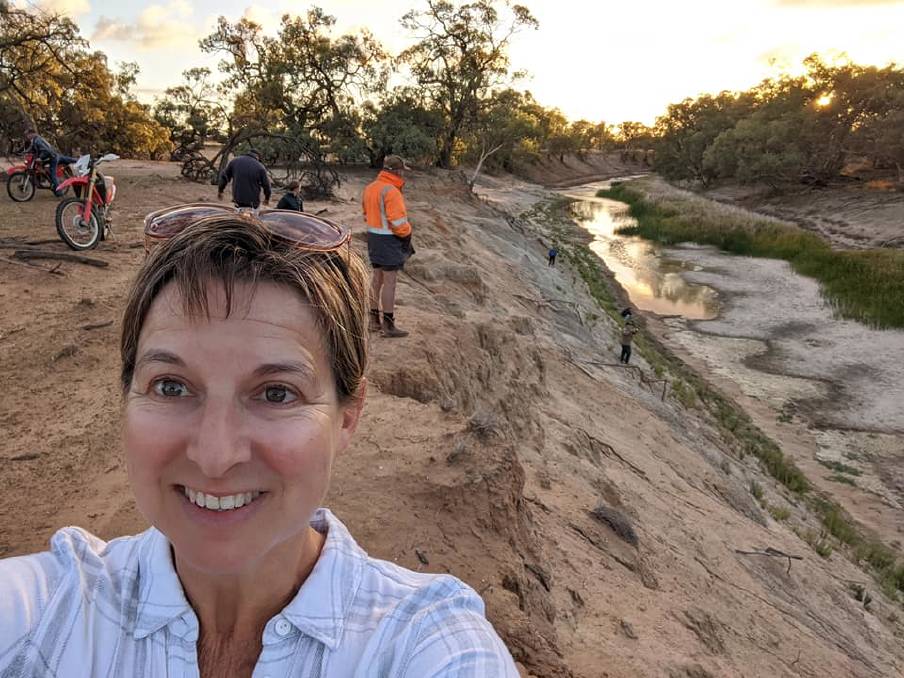 Rachel Strachan and her family at Tulney Point Station walked with the flow for five hours after it showed up on Saturday for the first time in 18 months. Photo by Rachel Strachan.

For the Strachan family of Tulney Point Station, between Pooncarie and Wentworth, this Easter will be one to remember.

Their property runs alongside a section of the lower Darling River and on Saturday, for the first time in 18 months, water arrived.

"We started following the flow at daylight and walked with it for about five hours," Rachel Strachan said.

"The relief is immense, it's a feeling that you can't describe.

"When there's no water here you get through and you make things work, but when it arrives, the elation is indescribable, you're floating on air, it's beautiful." 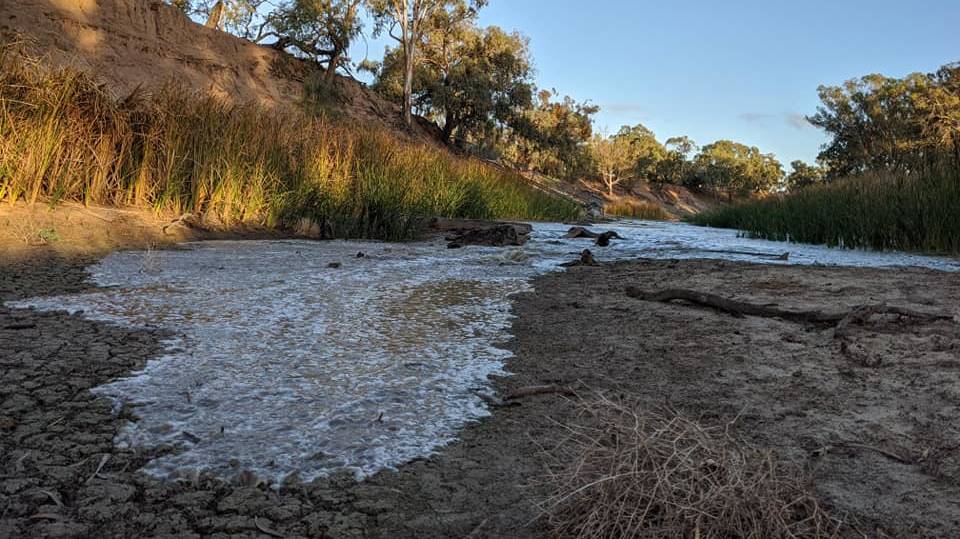 Water has now reached the Murray weir pool at Wentworth, connecting the Darling River with the Murray River for the first time in two years. Photo by Rachel Strachan.

The flows have now reached the Murray weir pool at Wentworth, connecting the Darling River with the Murray River for the first time in two years.

The Murray Darling Basin Authority said the Lock 10 weir pool at Wentworth will be lowered to draw the flow out of the Darling.

The Euston Weir will also be dropped to boost the flow rate into the Murray, diverting some of the highly saline water to Lake Victoria where it will be diluted for managed releases back into the Murray.

MDBA River Management Head, Andrew Reynolds said the good news was that behind the head of the flow, the water coming through the Darling was high quality.

"This will bring a tremendous reprieve to everyone and everything that has coped for so long with adverse conditions in the lower Darling," Mr Reynolds said.

Water minister, Melinda Pavey said between 390 and 420 gigalitres of water was estimated to flow into the Menindee Lakes over the coming weeks.

The amount enough for WaterNSW to restart flows to the lower Darling.

For the Strachan's at Tulney Point Station, the flow means they have their boundary back.

"Because the lower Darling never historically dried, no one owns both side of the river here, that's a permanent boundary that's usually always there," she said.

"We spent yesterday moving sheep back into paddocks along the river that we have had destocked for over 12 months now because there was no boundary there at all.

"We're about to start lambing in a couple of weeks, so it will be nice that our sheep will remain on our side of the river with their lambs."

She said they had also moved their stock pipeline pump back onto the river, previously they had been relying on a bore.

"We didn't know how long the bore water would last so it's great that's back to Darling River water now," she said.

"It got really tight, the last six months have been the worst, over summer it got really dry, we were just down to remnant pools, then nothing.

"Now we've had a rain event so there's a bit of feed that's come up in the paddocks and we've got the water back in the river." 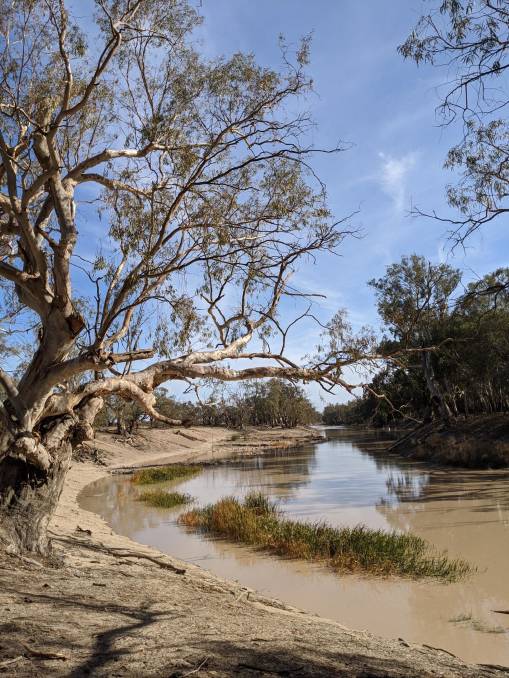 Burtundy Rocks on the lower Darling is now under water. Photo by Rachel Strachan.

Wentworth Shire Councillor Jane MacAllister said the connection between the Darling and Murray should not be an event to be celebrated, but a normal part of a healthy river system.

"We're applauding something that should naturally happen, we cannot forget that so much has been taken away from so many people for so long," Cr MacAllister said.

"The fact that they have been disconnected so many times since the Basin Plan was brought in shows that NSW has no desire to return health to the river system, that's the biggest disaster.

"My concern is that the state government will be happy to be sharing this as a win, when in actual fact it's poor water management."

She said there was something wrong with the system if irrigators were still on zero per cent general security allocations with plenty of water flowing down the Murray and water finally down the lower Darling.

"Meanwhile, people upstream have dams filled and have been taking 300 per cent carry over water, there is no equality and there needs to be equality under the Water Management Act," she said.