Gem was adopted from the pound and is now a champion yard dog. 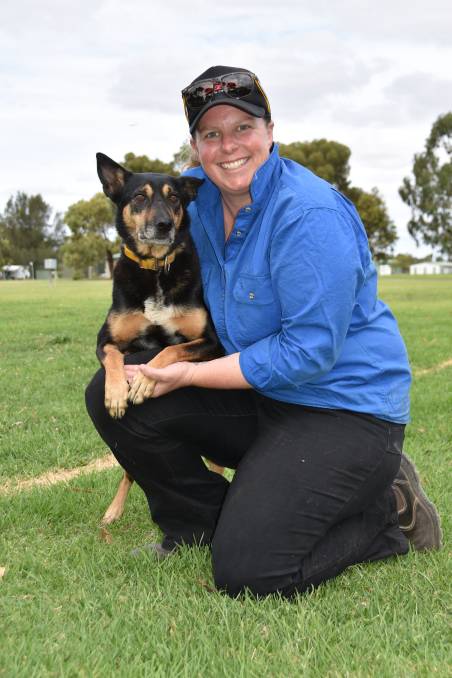 Dogs have been in Peri Chappell's life since she was given a border collie puppy with a pink ribbon around its neck for her fourth birthday. This year, the Deniliquin local, started not-for-profit organisation, Dogs4Jobs, which rehomes working dogs, the tag line, "there's a dog for every job and a job for every dog."

Dogs4Jobs has already had 53 working dogs come in and 76 volunteers.

"We believe that whether it's a retired working dog or doesn't fit into a particular family's life, we can find a purpose for that dog," Peri said.

"If someone is struggling with a dog and they don't know what to do with it, we offer them an option to find a more suitable home."

A Gem of a dog

Peri understands first-hand that the right person and approach is usually all that's needed for a working dog to reach their full potential. In 2016 Peri adopted two-year-old kelpie Gem from the Cootamundra pound.

Fast-forward to earlier this year and together, Peri and Gem, won the improver section at the National Yard Dog Trials.

"I call her my little gem," Peri said.

"When I first saw her she was shutdown, dead to the world, had no confidence, she wouldn't go near anyone but me at the beginning.

"She took to me instantly and has just been my little shadow ever since."

She's so far exceeded all the expectations I have for her and she helps me with the sheep everyday, that's more than enough. - Peri Chappell on Gem

Peri said for the first 18-months Gem wouldn't back up sheep, but now she's a yard dog champion.

"Gem and I started trialing three years ago, I was a complete newbie, neither of us had any idea," Peri said.

"But through a lot of trial and error we slowly made our way up.

"She won her first improver trial last year, which made her eligible to run in the open and she made a bunch of open finals.

"I had hoped that we could win another improver within a year to prove it wasn't a fluke."

It wasn't a fluke. Within a year Gem and Peri won the improver section at Australia's biggest yard dog competition, the Nationals, held in March in South Australia.

"It would be really cool, now that she's an open dog, to see if she could make the top 25 yard dogs in the country," Peri said

"It probably won't happen anytime soon but maybe in a few years time.

"She's so far exceeded all the expectations I have for her and she helps me with the sheep everyday, that's more than enough." 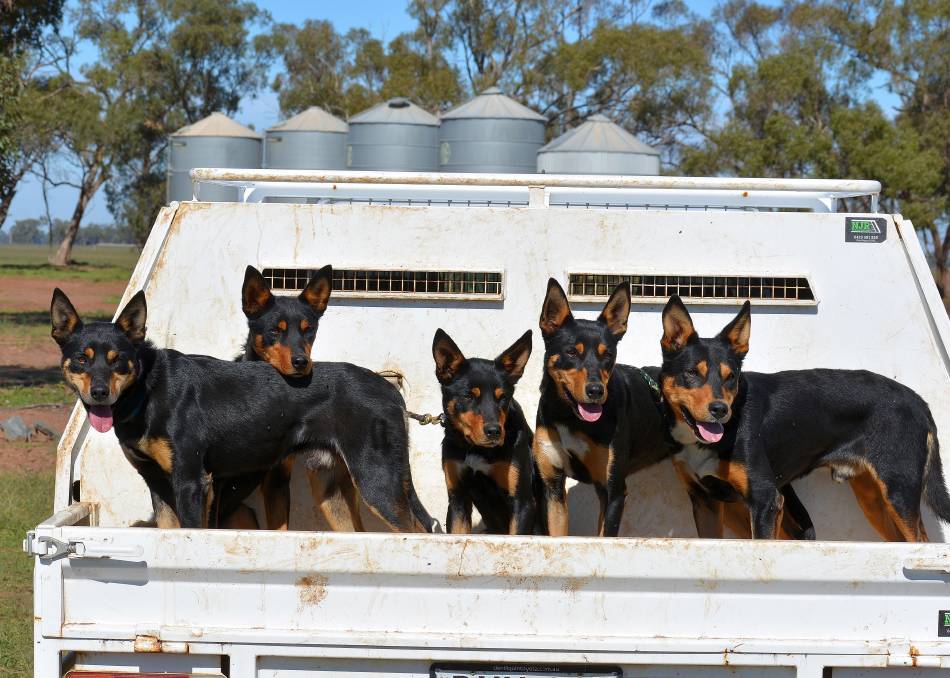 Five dogs recently taken in by Dogs4Jobs. They have been placed with carers in Canberra, Deniliquin and Melbourne. Photo supplied.

Peri said other dogs they had re-homed had found work in industries outside of agriculture.

"We had a dog that went to the pound because it was just too crazy for the farmers that owned it," Peri said.

"We actually placed that dog with the army as a detection dog. They loved her so much, she passed her two week trial in six days."

But she said most dogs found jobs simply as companion animals for farmers or active families in suburbia.

"We have dogs that will come with you everywhere on the farm and are not going to chase things when you turn your back."

She said they had taken in dogs from people affected by the bushfires and one person needed their working dog rehomed due to their income being impacted by COVID-19.

"If we can give them the means to be able to keep their dog with them, obviously that's the best outcome," Peri said.

"So we offer support in terms of dog food, funds to help them with vet care when a dog is ill or injured.

"But, if they're at a point where they feel they have to surrender their dog because they can't afford it, we're there to take it in."

More than 70 volunteers help care for the dogs

Peri explained that not all the dozens of dogs they took in stayed with her - "feeding time at my place is already crazy" - but were placed in the care of volunteers around the country.

"Our foster carers and transport volunteers put in a heap of time to get these dogs into the safety of our care," Peri said.

"We have volunteers all around Queensland, NSW, ACT, Victoria, South Australia and Western Australia who are the backbone of Dogs4Jobs."

While, the process for applying for a working dog was rigorous.

"Everyone has to do a written application, then a phone interview and send in yard photos to show they can actually safely and securely keep a dog and it's adequate space for a working breed," Peri said.

"Some dogs can be re-homed within two weeks, once their vet work is done, but sometimes they need a bit longer to work on their basic training, working on any little issues they might have or building confidence.