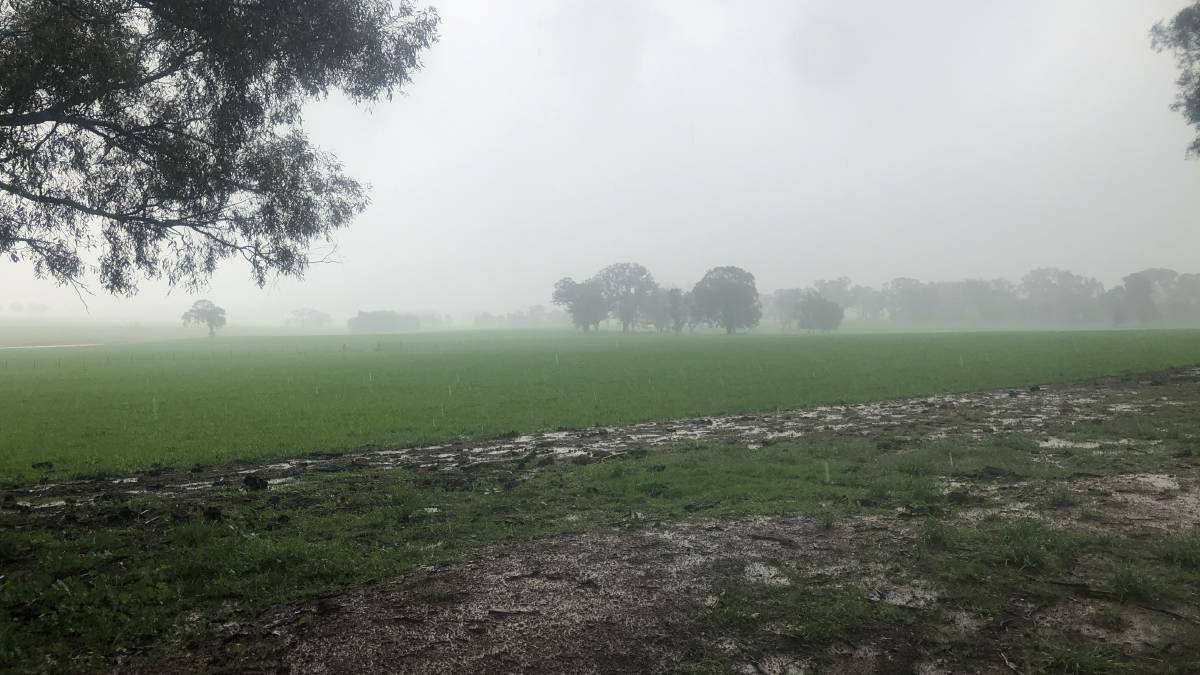 More of the good stuff this week. Photo by Hannah Powe at the last major rain event in early April at Molong.

Thirsty young crops get a drink right on time

It's what the crop doctor ordered - some soothing rain for young crops such as canola, and a nice soaking before a swathe of wheat and barley crops go in in coming weeks.

According to Weatherzone forecaster Esteban Abellan it's the "perfect combination" of a pre-frontal trough, tropical moisture feeding down from Western Australia, coupled with a strong cold front.

The system will bring widespread rain from the Victorian border from late Wednesday and then up through central parts on Thursday, right up to the southern areas of the North-West Slopes.

There'll be snow about Alpine areas, possibly stretching up to the Central Tablelands as the mercury plummets to near zero in higher areas. Up to 80mm could fall in the Alpine zone, while the cold will really settle in after the front, with Orange's minimum tumbling to just 1C from Friday to Sunday and not getting above double figures during the day.

Meantime, the central and southern cropping areas will get a soaking starting on Wednesday evening and then into Thursday.

Mr Abellan said there would be widespread 20-40mm across southern parts of NSW on Wednesday into Thursday and then on Thursday there will be 20-50mm of rain across the Central-West and Central Tablelands with places such as Dubbo and Parkes possibly getting more than 50mm.

The rain will also fall in the lower parts of the Upper Western district, stretch across to Bourke, that may get 10-20mm, with rain from Walgett to Narrabri.

Mr Abellan said there may be a few storms on Wednesday as the front moves through, but the rain will be widespread and soaking.

Riverina Co-op agronomist Glen Smith said some canola crops planted in early April had been drying out on the surface a little, so the rain was timely. He said the rain gave a wonderful basis for wheat plantings heading into early May. (Wagga Wagga had about 8mm over the weekend).

Many farmers were putting in their normal winter cropping program "with a few extra hectares" and it looked like the weather patterns would be favourable throughout the growing season, Mr Smith said.

Lupins and faba beans were also going in.

Soil temperatures were still high in parts of the central-west at about 16c, it was reported.