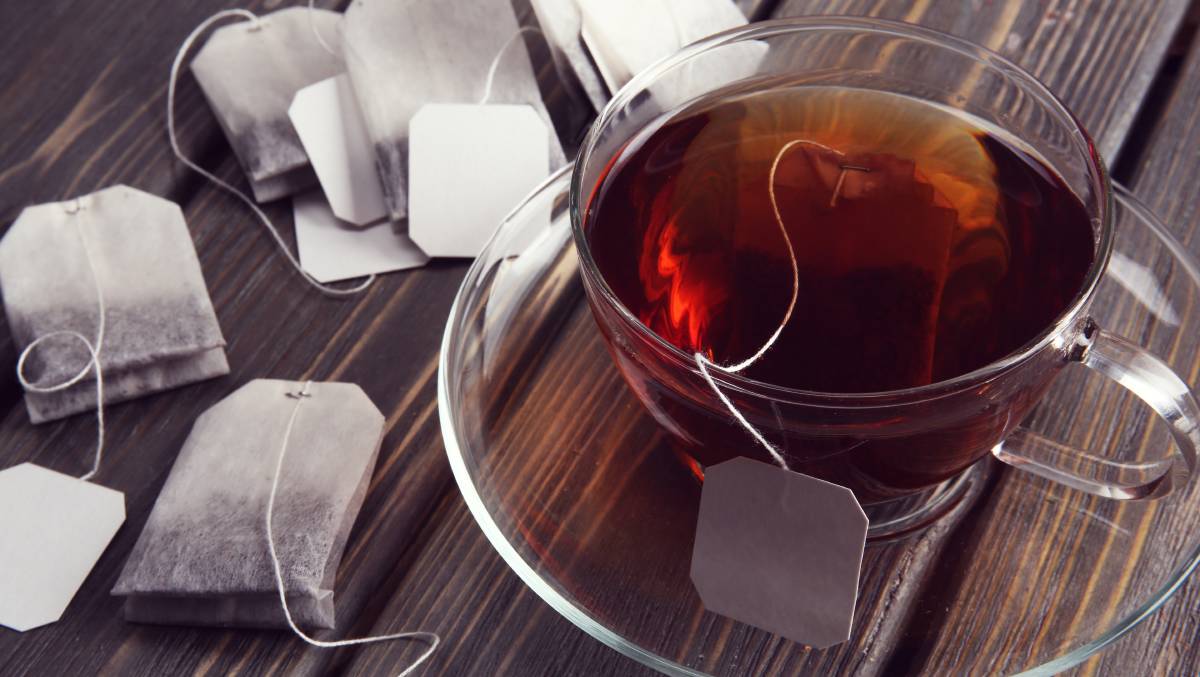 Australians drink about 298 cups a year, shamefully less than one a day. Picture: Shutterstock

It turns out that when the virus hit and some rushed around to the supermarket to clear the shelves of toilet paper, we also panic-bought tea bags big time.

Now we know it's serious.

Some Australian tea-bags are being sold without tags because of the coronavirus crisis.

It is a perfect illustration of how the world economy is linked tightly, with a global supply chain that reaches from Europe and Asia to the cup of tea you may now be sipping.

It shows how once a link is broken in our interconnected world, the effects are felt far away.

You may have noticed that some boxes of Madura tea have bags without tags.

There's an apology on a card: "Dear Customer, With the current global upheaval we have been short supplied tags for our teabags, a matter outside our control."

It turns out that when the virus hit and some rushed around to the supermarket to clear the shelves of toilet paper, we also panic bought tea-bags big time.

The man from Madura told The Canberra Times that sales nearly doubled (up by 90 per cent).

But that put the company based in northern New South Wales under a lot of pressure because it gets the components for bags from all over the world. 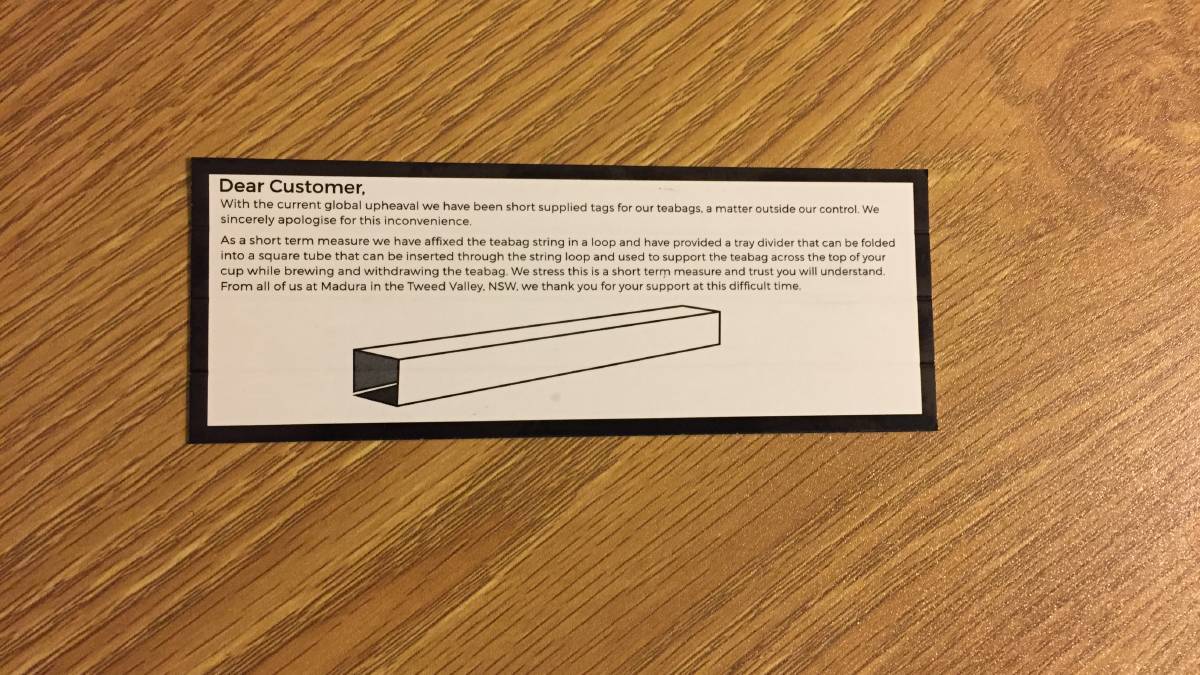 But the tags on the bags were impossible to get. They normally come from Spain and Madura normally buys them in batches of 70 million.

The string attached to the tags comes from Germany as does the tissue paper which makes up a tea-bag.

In normal times, the components are bought and transported to the Madura tea estate north of Byron Bay.

There, the tea-bag is assembled by three Italian contraptions known as IMAs after the Italian company which makes them (competing Chinese machines are also available).

The IMA machines feed in a (very big) ball of string and the components of the bag - the tissue paper and the printed tag itself - plus the tea to fill it. Some of the tea is grown in Australia and some is imported.

But in March, Spain was closed down. At one stage, it was the worst-hit part of Europe - and that meant production of the tags ceased. Madura tried Sri Lanka but without joy.

The company says it has now got tags so future batches of tea will be tagged - which is a relief, though untagged bags will continue until they are all sold.

Some customers have voiced anger. The best tip to them is: relax and use a clothes peg to pull the bag out. A toothbrush also works.

We're all in this together: Spanish tag makers, German string and paper makers, Italian machinery manufacturers - and Australian tea-makers.

The Italian tea-bag machine manufacturer IMA has also been wrestling with the virus problem.

Its chairman, Alberto Vacchi, has told his employees (or quality masters, as he calls them): "I am glad to inform you that IMA has just concluded an important trade union agreement to provide all our employees with job and economic guarantees."

We're all in this together: Spanish tag makers, German string and paper makers, Italian machinery manufacturers - and Australian tea-makers.

By the way, Australians drink a lot of tea at the best of times and at the worst thirst seems to have increased - or at least the fear of running out did.

But we are not champion drinkers.

According to the industry, Australians drink about 298 cups a year, shamefully less than one a day (and shamefully fewer than New Zealand).

This compares badly with the world's top tea drinkers. The Irish and the Brits drink two or three cups a day - 874 cups a year in Ireland and 774 in Britain (on the industry assumption that a kilo of tea delivers around 400 cups).

The true champions, though, are...

Not China (226 cups a year, and without milk) but Turkey (1.259 cups, though actually more because they drink in smaller quantities and it's in glasses not proper cups).

The story How the coronavirus crisis affects your cup of tea first appeared on The Canberra Times.