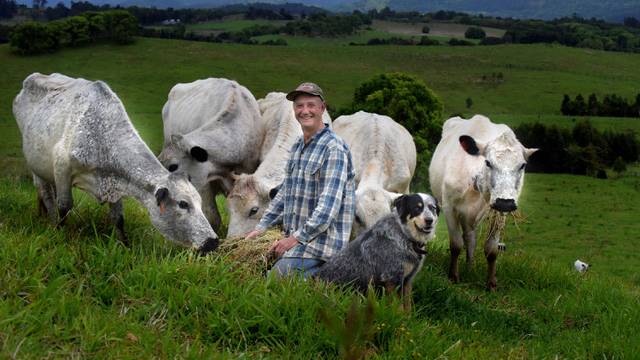 Challenging the norm, a British White steer has triumphed and taken out the light middleweight category.

BRITISH White may be considered as a hobby breed to some, but they have proved their commercial value during the Wingham Beef Week carcase competition, winning the light middleweight class and jackpot.

When Myocum based beef producer Lindsay Murray, Dingo Lane Farms, returned to his farming roots 10 years ago his interest in preserving genetics in rare breeds led him to British Whites.

It's a choice that has proved worthwhile as his calves make their mark at steer competitions and saleyards.

"Their colour pattern interested me for heat tolerance, they hadn't been overly selected for feedlot production and I wanted to run a 100 per cent grass fed, and they are polled and extremely docile," he said.

Running about 56 breeders, Mr Murray has a 100 per cent grass fed operation and managed to get through the drought without any supplementation.

"They really thrive ... no feed was bought in during the drought, and they maintained condition and got in calf," he said.

Steers are grown out on-farm and sold direct through the butcher to locals, while excess steers are sold through the saleyards.

"We had the top steer price at Casino saleyards recently, with a four-year-old steer going to market at 580kg," he said.

"We aim to grow them out to three years because we get better flavour. We are purely grass-fed, no hay or silage, so they are a bit slower growing which I think the breed is but they suit a grass/pasture system.

"We want to promote them as a commercial option particularly for grass fed operations ... there seems to be a lot of interest in that.

"They are known as a hobby type, but we want to change that perception - it is a genuine purebred, not a cross bred, and they have eating quality." 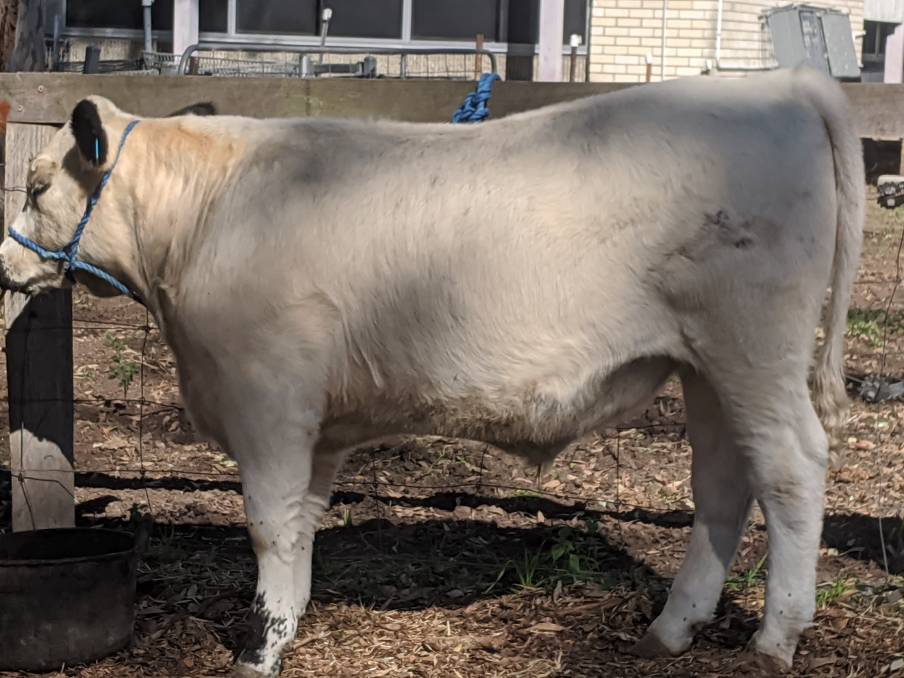 Mr Murray's Wingham success was a joint venture with Chatham High School, who fed the steer Ridley finisher pellets since the end of November.

Weighing 406 kilograms (live), the steer scored 92.057 points which sat him fifth overall in the leaderboard.

With a HSCW of 214kg, it measured 7mm and 5mm at the P8 and rib fat sites and 87 sq cm in the eye muscle area, with an AusMeat marble score of 2, the equal highest of the section.

Scoring 39.057 out of 45 for MSA eating quality, 18/20 for market specifications and full points for saleable meat yield, "he made a good all round steer" according to Chaham's ag teacher Yan Kleynhans.

A passion for endangered species that are not found in your run-of-the-mil carcase competitions led Mr Kleynhans to introducing British White and a number of other rare breeds to the show team.

"This steer was originally targeted for Sydney, with another (that is now heading to Ekka) meant for Wingham but we wanted to give the breed exposure," he said.

"I want to show the students there is more to cattle showing than Angus, Limo, Murray Grey... we will have a Nguni for Ekka, and we've had a Drakensberger."