The Litchfield family's investment in technology from Allflex Livestock Intelligence is paying dividends within their southern NSW-based dairy farming operation. 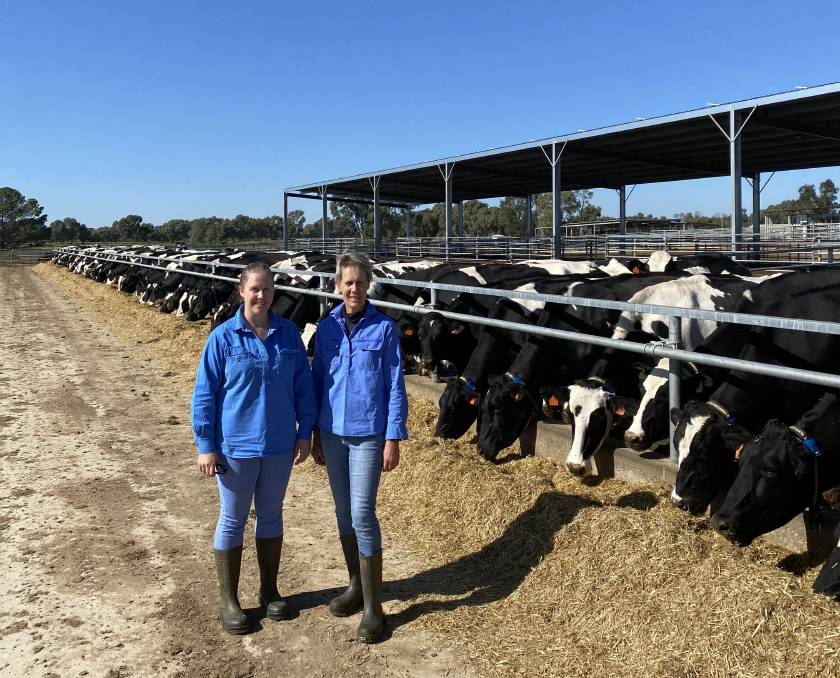 Easy monitoring: Amy and Karen Litchfield on Kariana with a selection of their Holstein dairy herd with their Allflex collars installed. Data is collected and extracted from sensors on the collars, which is uploaded to the Allflex SCR monitoring system.

The Litchfield family's investment in technology from Allflex Livestock Intelligence is paying dividends within their southern NSW-based dairy farming operation.

Ian and Karen Litchfield purchased the 182-hectare Kariana, situated near Mayrung in the Riverina, in 2000, and over the years they've purchased three other blocks, which including Kariana cover 760ha of which 600ha consists of flat flood irrigation country.

Together with their daughter Amy and son-in-law Jack, the Litchfields milk 800 Holstein cows each year out of a total milking herd of 950 head with their flat milk supply sold into the year-round milk markets.

"By operating with a TMR we efficiently utilise our feed base with a high producing and fertile herd that best converts feed to optimise feed cost margins," she said.

As herd numbers have grown the Litchfields are using fixed time AI programs every six weeks, and although they're getting good conception rates they were missing returns as the needling process was disruptive to the milking process for the cows and staff. 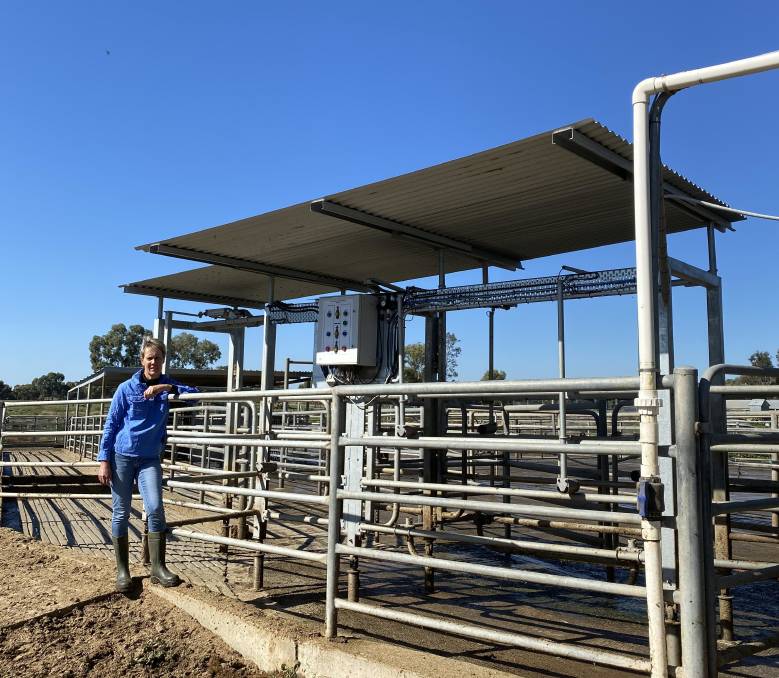 "We knew there had to be a better way to operate. We had been aware of collar technology for some time, and that it had become more advanced and affordable."

With this knowledge in mind the Litchfields purchased 1000 Allflex collars, which were installed in August 2018. Data is collected and extracted from sensors on the collars, which is automatically uploaded to the Allflex Heatime Pro+ software.

"We researched other companies, but the ease of operating the Allflex program is what sold us on going with them. With large herds you can't see or know every cow but with Heatime Pro+ we can quickly and easily have information on hand about every cow to allow individual monitoring and decision making."

Mrs Litchfield said they're very happy with the system.

"By using Heatime Pro+ we've been able to reduce our days to milk by 30 days to 160. We're also now more confident in using sexed semen through which we've been achieving good results."

She said rumination tracking has allowed them to quickly identify fresh cows that are having health issues as well as other cows in the herd with low rumination. 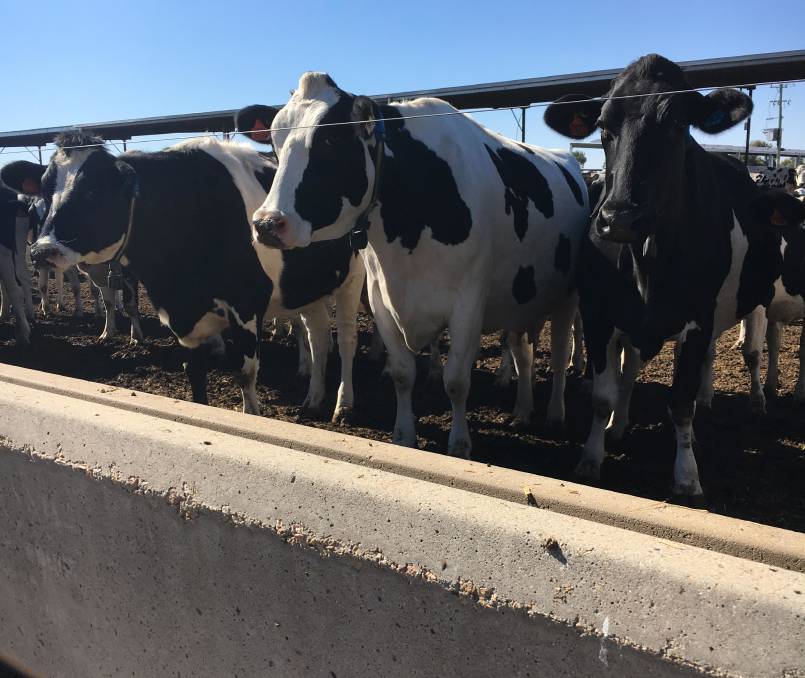 The operation: The Litchfields milk 800 Holstein cows each year out of a total milking herd of 950 head with their flat milk supply sold into the year-round milk markets.

"This along with milk meters and conductivity alarms in our milking system takes any guesswork out of identifying sick cows and allows for quick and more effective veterinary treatments.

"The software is also great for singling out cows with fertility issues, allowing us to cull strategically to improve our herd efficiency."

Mrs Litchfield said they're also rapt with the Allflex draft gate they installed in 2018.

"Being able to accurately draft cows is very beneficial. Cows are automatically drafted each morning for the AI program, so we now go in to AI knowing confidently all cows for breeding will be in draft race. It also allows us to draft any sick cows."

The family are also using the Allflex Tissue Sampling Unit (TSU), which is helping them quickly and easily identify A2 cows in their herd.