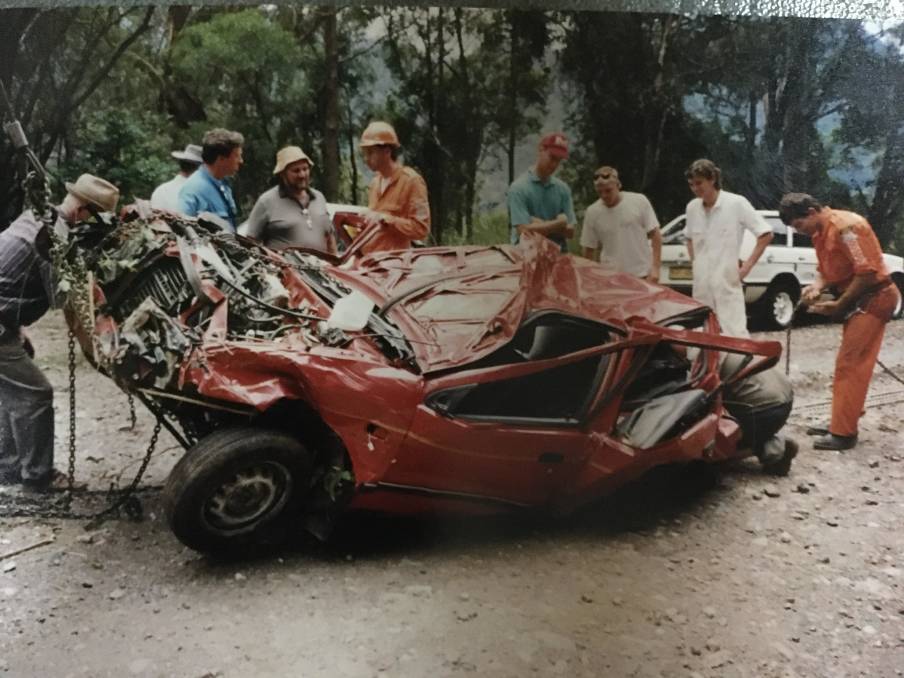 The Red Daihatsu Charade was pretty banged up after its epic fall.

Over the edge - Dairy farmer tells of his epic fall down Dorrigo Mountain and the rescue effort that saved his life!

It's well known that a dairy farmer works long hours, often alone, so it might not come as a surprise if one told you he tended to doze off sometimes, especially in the late afternoon - or during a night meeting. Occasionally such a farmer can find himself asleep at the wheel!

Wayne Burley, Dorrigo, works extraordinary hours - up before 3am to walk Jersey cows to the ten aside dairy, and again in the afternoon, spending the in between hours on all in sundry. Nights are filled with volunteer commitments working with the show society and show ground trust. Evenings at home might involve penning a grant proposal.

"I try to get to bed by 10pm," he says, but admits to an occasional quick nap before a long winded meeting. "I'd fall asleep, otherwise."

On a wet February afternoon, 27 years ago, this dairy farmer cleaned up after milking and readied himself for a special family birthday party, held down the winding mountain road at Bellingen.

This farmer was courting a girl named Robin, now his wife, and she was at the party early, and wondered why Wayne, normally quite punctual, was running late.

She phoned Wayne's mother, who lived next door to the dairy but was told he had driven out of the drive some time before. Robin's immediate next step was to phone her sister Lesley, a volunteer in the State Emergency Service.

By 7pm, an hour and a quarter after Wayne left the farm - and just half an hour after he should have arrived at the party, calls were going out in a plea for information.

"Robin's what you might call a first responder," praised Wayne. "She got onto it early." 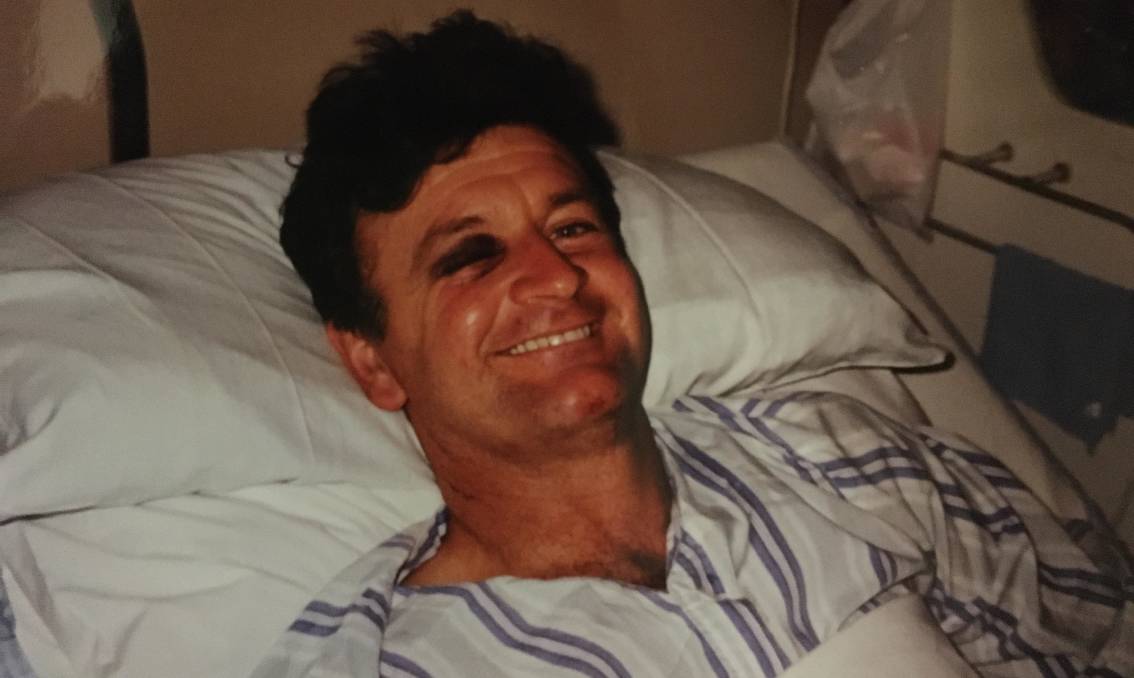 Just a shiner was the only sign of trauma.

Lesley, meanwhile, went for a drive while Robin's brother Stephen, who lived in Bellingen, offered to come along.

"He went to town and borrowed a torch and drove up to walk along the Dorrigo Mountain road," explained Wayne.

At the first waterfall from the top, Sherrard Falls, it looked to him like a tree had fallen and there was a smudge of red paint - a sure sign as Wayne was driving a little red Daihatsu. The car was typical of a dairyman's, being economical, maneuverable and could navigate out of trouble - provided the driver wasn't asleep at the wheel!

The doctor wanted me to take 12 months off but I said that wouldn't happen. I work 15 hours a day! - Wayne Burley

The family search party phoned the police and the call was in the process of being diverted to Coffs Harbour when the local Dorrigo copper overheard the missing person's name - a man who he had played tennis with the evening before. So he drove out to the scene but declared the marks as belonging to an old accident. He looked over the edge and shook his head. 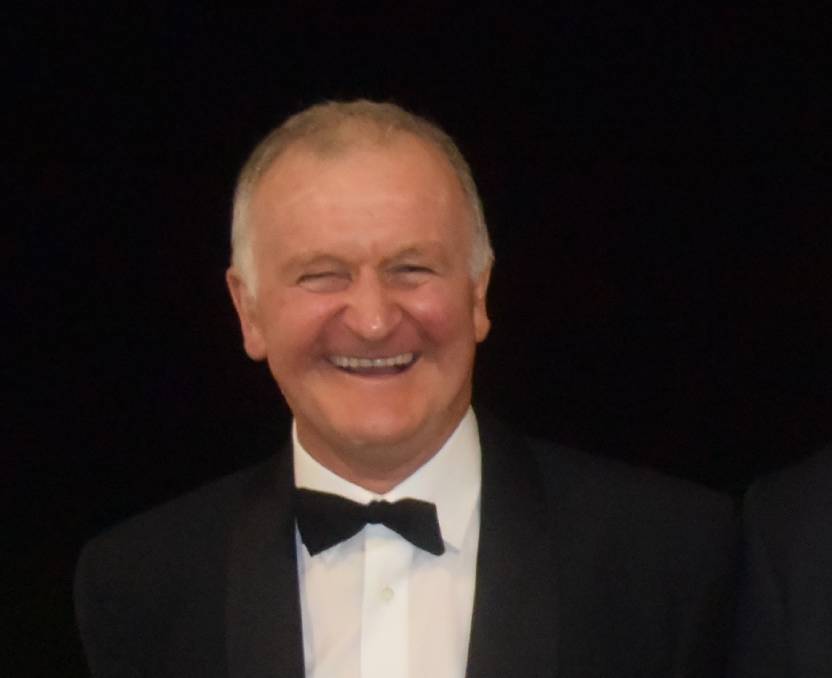 The SES, who had been inspecting a spot along the drop off, were also ready to give up. As some of them were climbing back up the slope a rock rolled out from under a boot and after it fell they heard a "twing" as it struck metal - away down the mountain.

Suddenly the race was on to find a survivor. Some new SES volunteers arrived as did ambulance officers who abseiled down and found the little red car "squashed the size of an apple box".

"I remember that they asked me my mother's name - Shirley - and they radioed back: "He's alive", said Wayne.

The crash itself remains a blank but he recalled reaching across the passenger seat to make an escape through the only working door. The change of weight caused to car to tip and roll - again - down a final 10m cliff to lie mangled and busted.

The SES wasted no time in making use of a modern piece of hydraulic kit called the jaws of life. Back in 1993 these tools were still brand new. But this one ran out of petrol and the volunteers had to drive back into the town of Dorrigo - most of it asleep at 1am - to knock on the door of David Beaumont's house, which had a bowser outside its front awning. 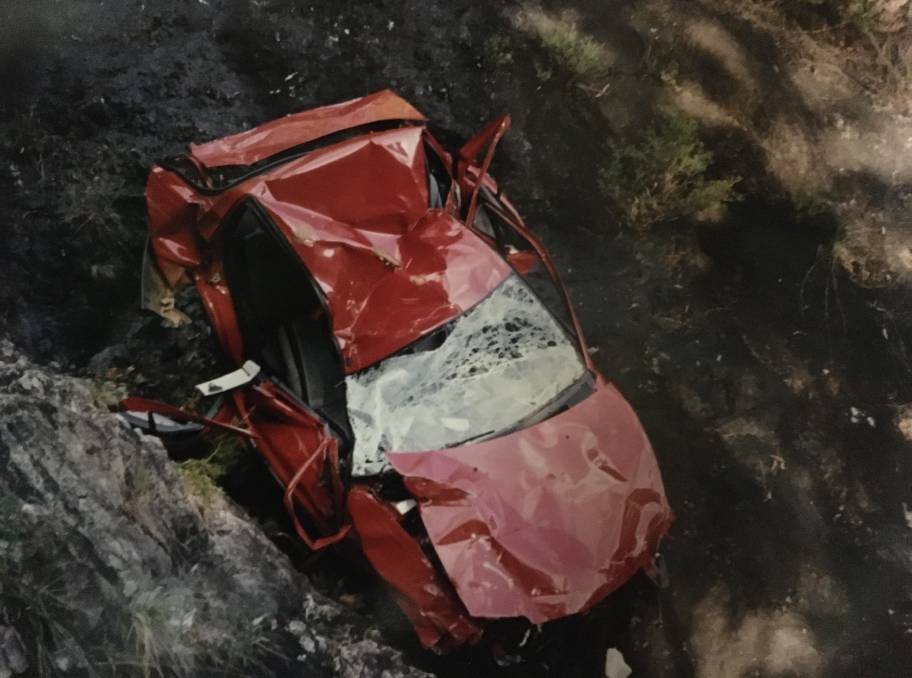 Wayne's red car resting on a ledge 240m below the road with another 60m to the bottom of Dorrigo Mountain.

Apparently David rubbed the sleep out of his eyes and digested the victim's name before responding: "Yep, he's worth saving".

Meanwhile, Alan Scott's tow truck from Bellingen was given notice to join the emergency but had to splice another 100m of wire rope onto the main spool and when that didn't reach they attached another 100m length. Then they began to haul Wayne back to the road, strapped to a stretcher.

The rescue authorities said it was 800 feet from where the car left the mountain road to its fragile resting place on a ledge before the mountain careened downhill another 60 metres to the bottom.

Wayne was taken to Bellingen hospital where he was diagnosed with five broken vertebrae, a busted fibula below the knee, smashed collar bone and severe whiplash but with Wayne smiling at Robin when she walked into the room, the only obvious sign of his torture was the amazing black shiner around his right eye.

"I was crippled for a bit but I got over it,": Wayne recalls. "All it took was time."