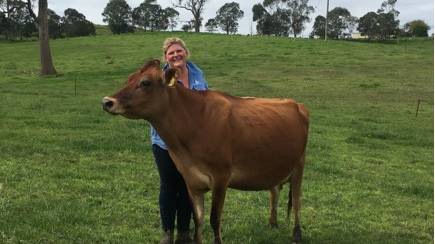 Meet Ashleigh Roods who is part of The Land's women in dairy series.

The Rood family dairy business is 'only young' but it has seen much in its short lifespan - drought, bushfires, the ripple affect from the collapse of a milk cooperative and a farm move at the end of the year when the current lease comes to an end.

But Ashleigh and Michael Rood are optimistic about the future in an industry that they are both forging leadership roles in, where they respectively sit on the Far South Coast Dairy Development Group and Dairy NSW board.

"It's noble to feed a nation of calcium and protein rich dairy products and we feel lucky to do that," Mrs Rood said.

The pair, who run Whitegold Holsteins and Jerseys, began lease farming in 2012 when they leased 207 hectares of farmland in the Bega Valley, the milking platform consisting of 44ha in irrigation and 20ha of dryland cropping areas.

Their main focus has been about getting the best margin, not necessarily the most per cow production. 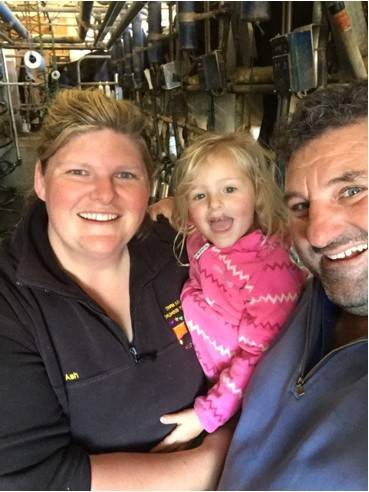 The Roods, who now milk between 160 to 180 cows and supply Bega Cheese, are still feeling the affects of drought and are on the road to recovery after bushfires ripped through their property twice.

"Our business is very young and it has seen a lot in a short time, however, would we change anything? No, not at all. We love what we do," Mrs Rood said

While they have overcome the obstacles Mother Nature has thrown at them, they now are looking for a home for their dairy herd, in which they have until October when the lease runs out.

"We're looking at all options within NSW and Victoria from greenfield sites to established share farms as well as equity partnerships or straight lease opportunities. Ideally we would like to purchase a farm, that's the end goal," Mrs Rood said.

While Mrs Rood was new to dairying, her husband grew up on a dairy farm and had previously been in the herd manager role for a 2000-cow dairy farm in the state's central west.

"We got into dairy as we had an appetite for change and I could see the passion my husband had for the industry... how he would speak about the cows at night gave me the want to try and see what the lifestyle was about," she said.

Looking at the snapshot of women in the dairy was important as Mrs Rood said they were the backbone of many farming operations.

"Women are incredibly important as not only farmers in their own right," she said.

"It's women that create the fibres that hold our communities together, raise one another up and cheer one another along they stand along side and support their partners while also running their households." 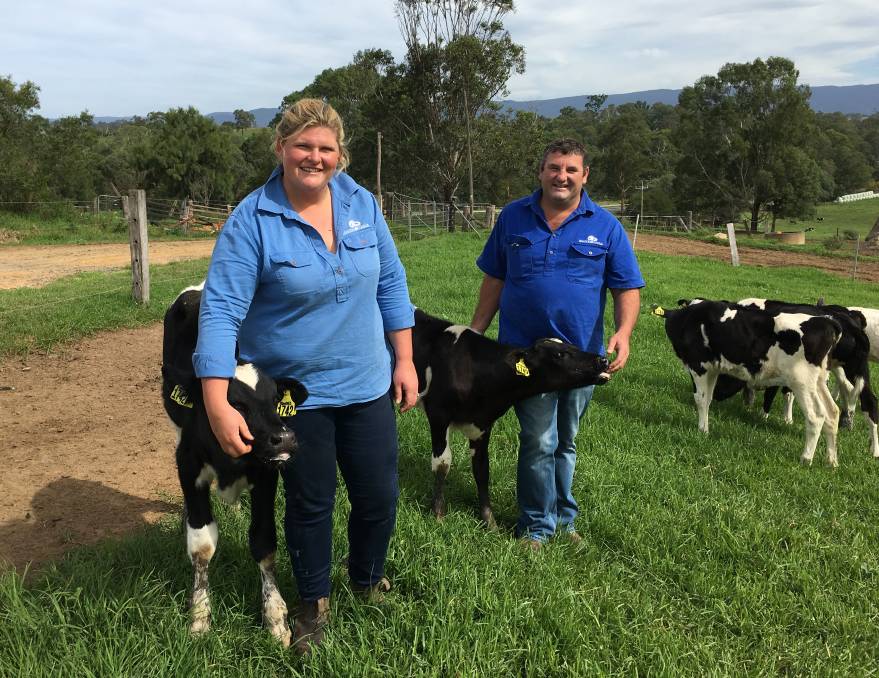 Ashleigh Rood along with her husband Michael milk between 160 to 180 cows and supply Bega Cheese. Photos: Ashleigh Rood