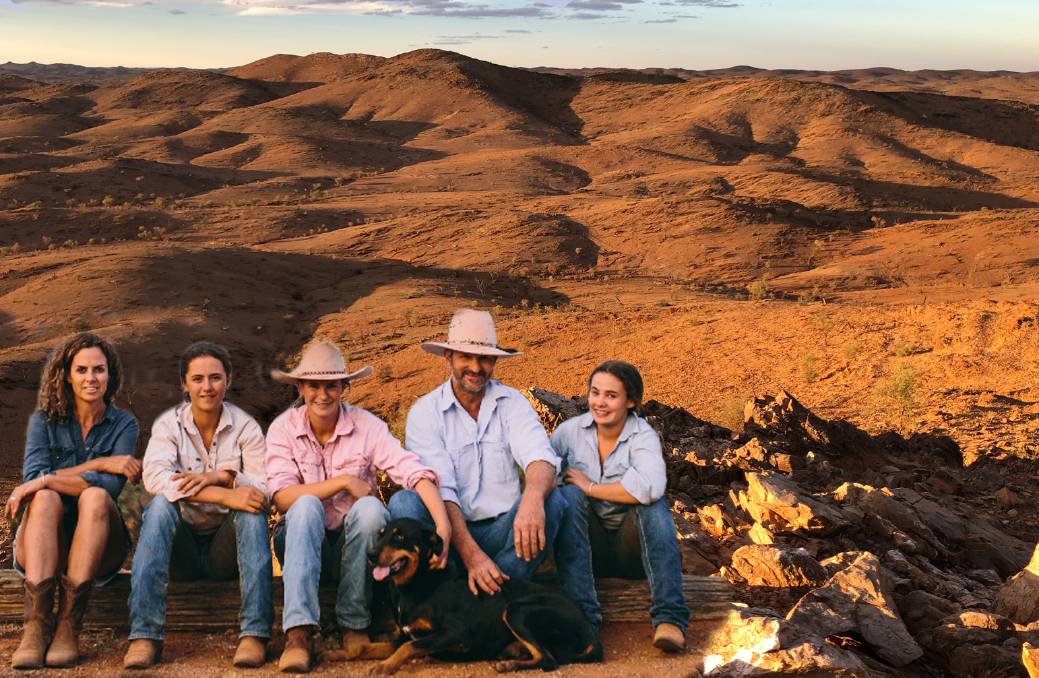 As travel restrictions ease in the state, why not leave your four walls behind for the vast open spaces of country NSW.

Its vast rugged terrain once travelled by our legendary explorers is the perfect backdrop to watch the sun set - and the best thing about it, you don't have to worry about social distancing.

As travel restrictions are lifted on June 1 in NSW, travel enthusiasts are being urged to look in their own backyard for their next holiday destination.

And where better than venturing to the ever-changing outback of NSW.

Pincally Station that sits on the edge of the Mount Arrowsmith Hills, in the one of the most remote corners of the state, is home to Matt and Zanna Gale along with their three daughters Bella, Lucy and Millie.

But don't let the stark arid landscape fool you as there is pure luxury awaiting your arrival.

Nothing beats watching the sky and landscape change colour at sunset with a vino in hand. Both land and sky turns from a brilliant shade of red and orange to the hues of dusty pink.

And maybe if you are lucky the odd friendly sheep will join the sunset drinks. The Gale's property, consisting of 65,893 hectares of grazing land under the western lands lease, was originally settled in the early 1900s by the Moyle famly.

It has been owned by the Gales since the 1990s who decided to create a station stay as additional revenue in dry times.

"Obviously we have the space but we wanted to show people our beautiful backyard, which we love," Mrs Gale said.

There are several styles of luxury accommodation from a two bedroom self contained cottage to the former governess accommodation and the shearer's quarters to cater for couples and groups.

And for those who don't want to drive, there is an airstrip on the property.

Pincally Station is among 70 businesses who have signed up to the Stay in the Bush (SITB) social media phenomena that was launched off the back of the Buy from the Bush campaign (BFTB) - the rural retail initiative started to boost coffers of regional economies in the prolonged dry.

SITB is a website filled with beautiful images of accommodation from across the state and is aimed at getting people to visit small towns during the holidays, and spend a bit of money at the local hairdresser or mechanic.

Those businesses in the program reported an increase in their social media followers, in some cases up to 500 followers.

Grace Brennan, founder of BFTB, said Australia had a tumultuous start to 2020 with drought followed by bushfires and now COVID-19.

"This current climate has given Aussies the perfect opportunity to explore their own backyard and play a real part in supporting our local economies," Mrs Brennan said. Deputy Premier John Barilaro says his electorate of Monaro was home to some of the most diverse and beautiful landscapes in the entire country.

At the same time businesses in regional NSW will benefit from a new interactive map launched this week on the NSW Government's Buy Regional webpage, which features 461 businesses and has seen more than 500,000 views since its launch late last year.

Map users can zoom in on any regional community in NSW to view a variety of local regional experience providers as well as wellbeing, fashion, food and kid's retailers with bricks and mortar stores who will be open and ready to welcome travellers.

Each of the businesses have been contacted to confirm they are ready for business, giving confidence to Sydney-based travellers who are likely to be unsure about how they can support communities that have been significantly impacted by drought, bushfire and COVID-19.

Deputy Premier John Barilaro said the launch of the interactive map allowed people travelling to the regions from June 1 to plan their travel and target their spending within local communities.

"COVID could not have come at a worse time for regional NSW, with towns already doing it tough due to bushfires and drought...so I encourage everyone to make plans to safely and responsibly visit their favourite regional holiday destination, or discover a new one," Mr Barilaro said.

"Regional NSW is home to some of the best quality fresh produce in the world and Buy Regional allows those in the city to sample what the people in the bush have been experiencing for years."

In his electorate of Monaro, one of the largest in the state, Mr Barilaro said it was home to some of the most diverse and beautiful landscapes in the entire country.

"The Snowy Mountains are home to our world class ski resorts and the National Parks are a massive drawcard for both summer and winter tourism for people looking to ski, bike or wet a line," he said.

With a passion for food, some of his suggestions while in the region was to visit Wild Brumby where his favourite dish is the Austrian Beef Gulasch, which is slow cooked beef with red wine, mash and green beans.

He also recommends the cream buns from Adaminaby Bakery, coffee from Cooma's Kettle and Seed, and a potato pie from Braidwood bakery. But when it's time to catch up his mates over a beer or lunch nothing beats Walsh's or the Royal in main street Queanbeyan.

"Monaro is also considered to have some of the best agricultural land in the world and our bustling local cafes and restaurants deliver an array of fresh produce with often just a day or two from paddock to plate," he said.

Other Stay in the Bush accommodation options 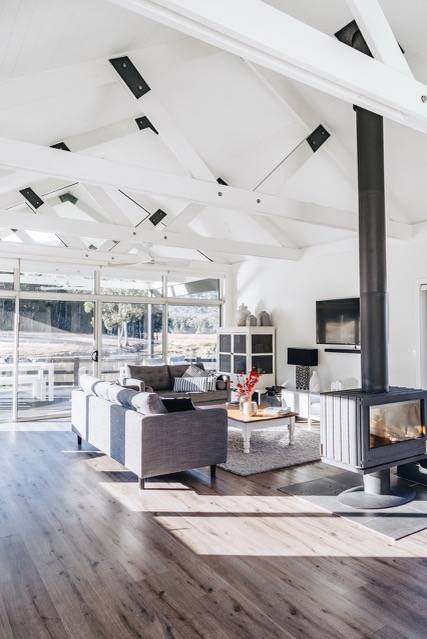 Sit by the fire as you enjoy the magnificent views from every window in this purpose-built house on John and Melissa Collins' working cattle property in the Megalong Valley.

Mrs Collins said the STIB social media campaign had been "amazing" for their business with bookings right up until September.

"We are so happy to be opening our doors again, we had to shut down because of the bushfires in summer and then COVID struck," Mrs Collins said.

The property in the Megalong Valley is just 7.9km from the bustling Blue Mountains town of Blackheath, which is bursting with great cafes and restaurants.

Not far away is the Megalong Valley Tea Rooms that have been serving up delicious menus since 1956.

But if you just want to relax and soak up the peaceful surroundings of Foy's Folly then sit on the deck with a glass of local wine from Dryridge Estate or Megalong Creek Estate wineries. 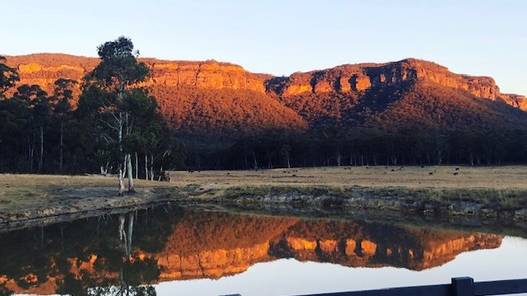 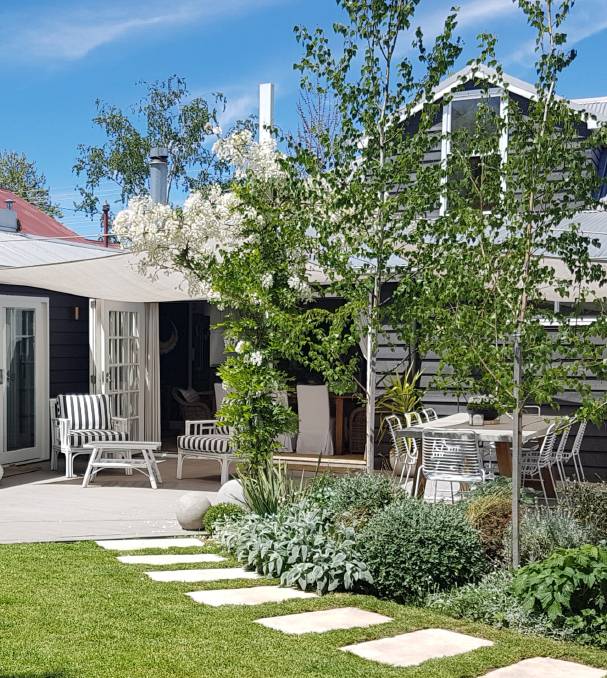 There are a number of accommodation choices in Orange but once you step inside the doors of this renovated cottage that oozes pure luxury a wave of relaxation washes over you.

With a background in interior design, owner Trish Walker, has created a stay that has a perfect mix of comfort and luxury with a fabulous kitchen and entertaining area to cook and enjoy the local produce from this region.

If you don't want to cook, then head to one of the region's restaurants and cafes where paddock to plate is at the forefront of many menus including The Agrestic Grocer, Groundstone Cafe, Union Bank Wine Bar and Byng St Cafe.

Either way food and wine lovers will certainly be at home in Orange as it's brimming with beautiful wineries and food. 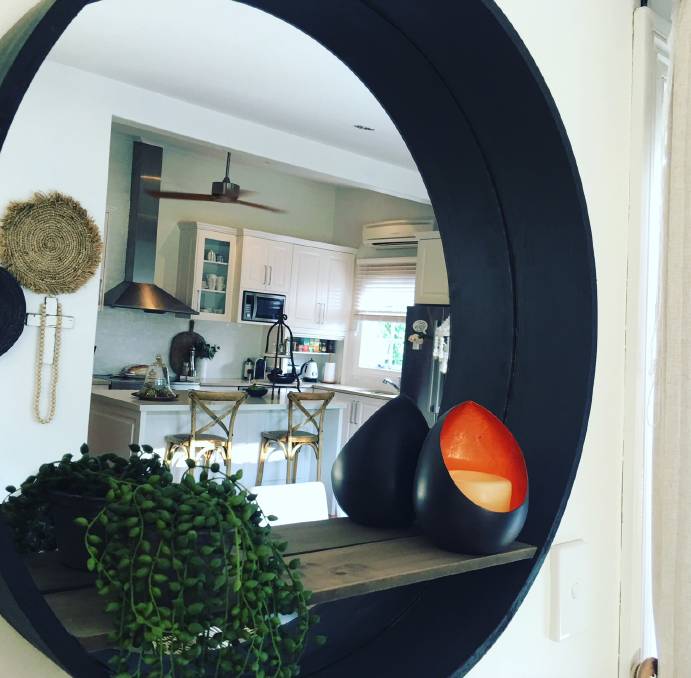 The Repose was originally built in 1904 as a humble workers cottage in the western plains but as the new custodians Ric and Moir Jones along with Bede and Jemima Aldridge, co founders of Saddler & Co, have been able preserve "a little piece of local history".

Jemima Aldridge said the earliest visual direction for this space began more than 18 months ago when they purchased the cottage in early 2018.

"The very slowness of this process provides a key into the heart of this space, we wanted to create a place of grounding where subtle links to the past weave their way through every room of The Repose," she said.

"Cross the threshold and notice the timber front step, worn by a century of feet entering through the door seeking rest and home comfort.

"We adore the high timber ceilings and original timber flooring rejuvenated with a white lime finish." 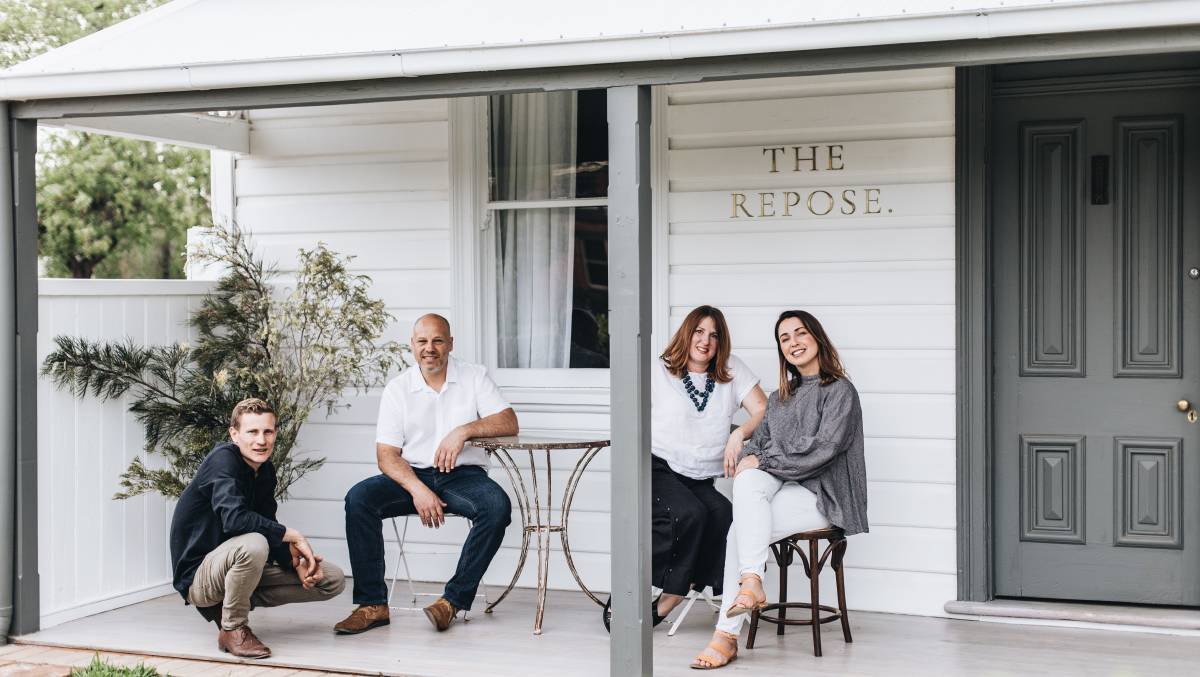 She said the bathroom had been designed around the original outhouse quarters and the restored claw foot bath while the hallway had been installed with a row of reclaimed French windows to welcome the light and breeze from the private courtyard.

"Our purpose is so much more than just providing accommodation or achieving a certain design status. Rather we have a vision for the heart of mindful hospitality, connection, and a place to rest your senses," she said.

"Luxury is defined not by ostentatious display but rather the feeling of true comfort and the aesthetic of home."