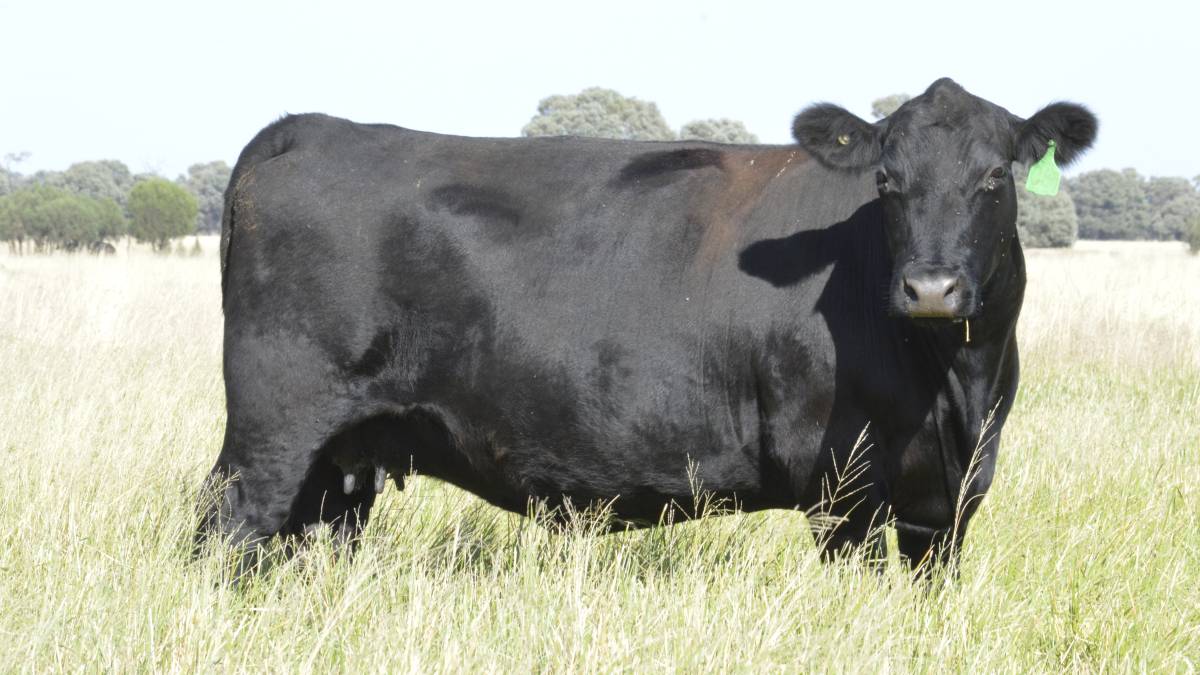 The genetic trend for mature cow weight shows Angus cows have increased in weight by around 40 kilograms in the last 20 years. Photo: Angus Australia

Angus cows are getting about 2.5 kilograms heavier each year raising significant discussion among breeders about future breeding directions.

Angus cows are getting about 2.5kg heavier each year raising significant discussion among breeders about future breeding directions.

During the Angus CONNECT research and development update last week, Angus Australia breed development and extension manager Andrew Byrne said survey work over the last 12 to 24 months found vast opinions on the trait, depending on individual enterprises and breeding philosophies.

With both commercial and seedstock Angus breeders leading the industry with the adoption of technology and genetic improvement, the breed has made significant gains in the last 20 years.

"One way to reflect is to look at the change in Angus Breeding Index (ABI), in this context reflecting the overall genetic improvement in a common production system," Mr Byrne said.

"At the moment making $3.70 per cow mated per year genetic improvement for the ABI, likewise in other production systems it can be greater."

This genetic improvement can be attributed to more growth in Angus cattle while not increasing birth weight, decreased age of turn off, significant gains in carcase quality and improved marbling leading to increased profitability.

Looking at the genetic trend for mature cow weight, Angus cow weight has increased around 40 kilograms in the last 20 years.

"There has also been changes in weight of cows due to changes in production systems," he said.

Angus cows are getting about 2.5kg heavier each year, which is continuing to increase in a fairly linear fashion as breeders continue to select for growth.

Mr Byrne said the general consensus agreed producers needed to focus on continuing to put growth in their cattle to ultimately decrease the age of turn off, but while moderating cow size.

"The challenge the breed has is to start breeding the modern curve bender," he said.

"We've had big success with putting extra growth in cattle without increasing birth weight and calving difficulty so we have bent that curve. Now we need to start bending it at the other end ... where we continue to put growth in, but hold our mature cow weight where it is."

This raised the consideration of better use of different sires to breed heifers to those breeding steers. But with only about 20 per cent of breeding cows in the seedstock sector weighed for mature cow weight data, Mr Byrne said more feedback was needed.

"If we look at the current levels of measurement within the Angus breed in terms of weighing cows at maturity ... we have around 10,000 to 12,000 cows being weighed each year and mature cow weights being sent into the TransTasman Angus Cattle Evaluation," he said.

"If we continue low level recording of mature cow weight ... we will continue to increase. If we don't have measurements at 400-day, 600-day and through to maturity, there is no way we can identify animals which follow a different growth pattern and use those within our selection."

Angus Australia and the University of New England have developed research breeding values for mature cow height and mature cow body condition, that are now being produced.