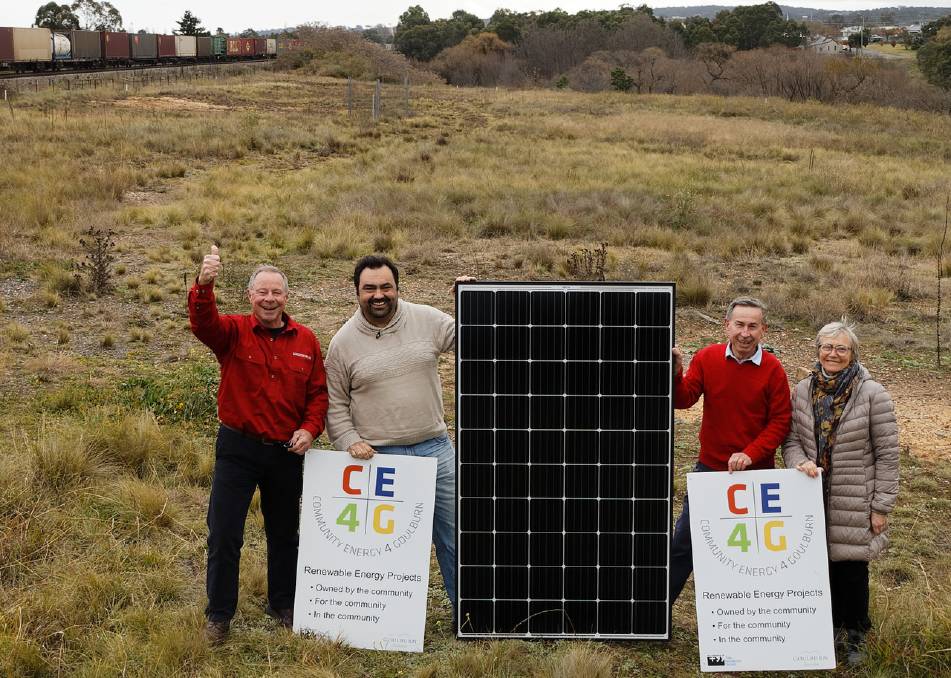 The Community Energy for Goulburn (CE4G) has recently secured a $2.1 million grant from the NSW Government.

The Goulburn renewable energy organisation, Community Energy for Goulburn (CE4G), has recently secured a $2.1 million grant from the NSW Government.

The grant, which is part of the NSW Government's Regional Community Energy Fund program, will enable CE4G to add battery storage of their solar farm project on the outskirts of Goulburn.

President of CE4G Ed Suttle heads a volunteer committee of five which had been driving the development for the past five years in response to community frustration at the then governmental mindset.

"So this group decided to take it upon themselves to something about it at local community level," Ed Suttle said.

CE4G is an incorporated association, founded in 2015 and its members believe that a transition to a low carbon economy is urgent, both locally and nationally.

Mr Suttle said the volunteer committee of CE4G have been extremely active in promoting the concept of a solar farm and the recent grant is evidence of the commitment from all parties.

"This shows that regional, community-led groups can lead the way in supporting innovation," he said.

"It gives a terrific boost to Goulburn's image as a twenty-first century city, playing its part in addressing global warming."

Mr Suttle said CE4G are appreciative of the support from the NSW Government which enabled the purchase of the batteries.

"We simply would not have been able to include the battery component without its assistance," he said, "and the batteries enable us to store electricity when prices are low at midday, and sell it when prices are high in the evening".

"And because all of the profits from the sale of the electricity stay within the community it assists in diversifying the income profile of Goulburn, which until now has been based mainly on primary industry.

"It's another example of renewable energy bringing more jobs to the Goulburn region."

After a career running his Executive Search business in Sydney, Ed Suttle now breeds cattle in the Goulburn district.

The 93 hectare property, "Kulathirre", was once owned by former NSW Premier and ex-Governor General Sir William McKell, and Mr Suttle and his wife Jane have built a solar passive house on the property.

"We breed Angus cattle and have also put aside 10 per cent of the property for regeneration and have planted over 1000 trees," he said.

Mr Suttle said the solar farm will generate sufficient energy to power around 450 homes and members of the Goulburn community will be able to join the co-op to manage the project.

"Shares will be available for purchase at $400, which will enable wide access to the community," he said.

"It is estimated annual dividends will be in the range of five to eight per cent."

The electricity generated will be sold either to local residents via a retailer, to a large institution via a power purchase agreement, on the wholesale market, or a combination of two or three of those avenues.

Right now CE4G is in the process of finalising some details to do with the land and the connection to the grid.

After that the whole process of tendering for supply of contractors (civil works, electrical wiring etc for all of which CE4G hopes to engage Goulburn companies) and of the required hardware (panels, inverters, transformer and batteries). Once completed, the build will commence.

CE4G anticipates hitting the "on" switch towards the end of 2021.