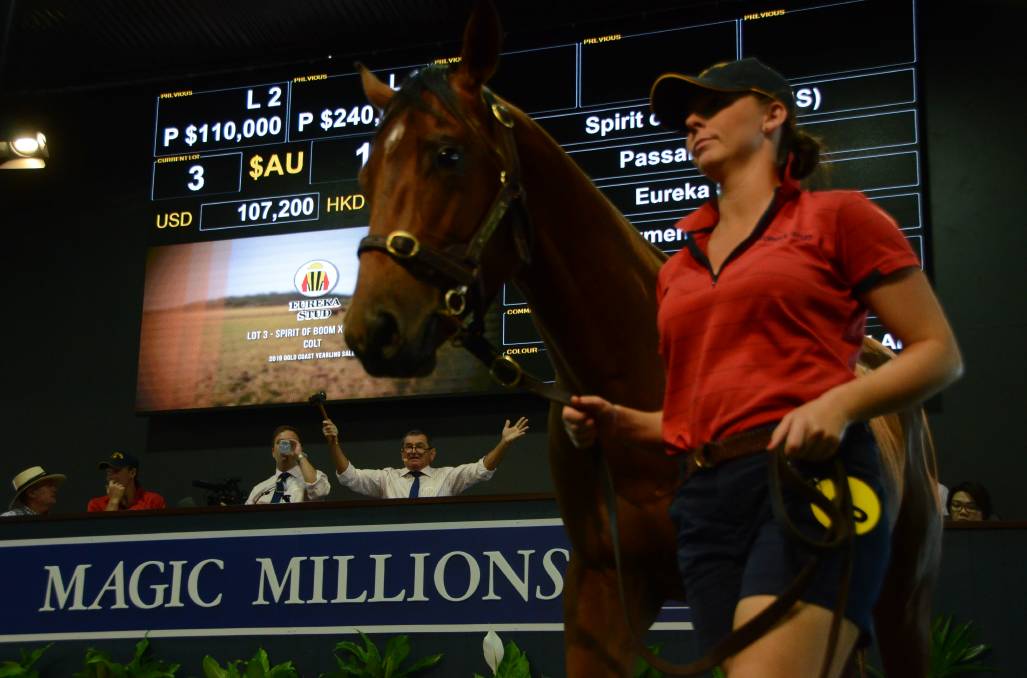 One of Australia's top mares up for auction

JULY is going to be a hectic month for breeders, sellers and buyers still looking to purchase a yearling, weanling or broodmare, judging by the "traffic" of what Australia's major thoroughbred auctioneers have planned.

Given that some restrictions on gatherings have eased, Magic Millions Bloodstock have also selected July for their rescheduled 2020 heralded National Broodmare and Weanling Sale for Monday 20 to 24. Given the closeness to the foaling season, Magic Millions signalled that any mares on an early covering date from last year will be offered but in absentia. They have slotted in its National Yearling Sale from Tuesday 28 to 30.

While not a requirement, vendors have had an option to break-in and educate their youngsters, which ultimately provides buyers with stock who are at a similar level as horses sold via earlier sales.

A massive drawcard for the broodmare section is recently retired four-year-old mare Sunlight, who is a triple Group 1 winner and an earner of over $6.5 million in stakes. Trained by Tony McEvoy, Sunlight belongs to the first crop by Widden Stud's star sire Zoustar, who is by Encosta de Lago's short-lived sire son Northern Meteor.

The four-year-old can be recalled winning the $2m Magic Millions Two-Year-Old Classic, before going on to be placed in Golden Slipper Stakes-G1, while the next season she won the Coolmore Stud Stakes-G1, the Newmarket Handicap-G1 and the William Reid Stakes-G1 in Melbourne.

In the rival Sydney headquartered camp of Inglis, its Scone Yearling Sale has had an update, the annual auction re-scheduled for Riverside Stables at Warwick Farm on Sunday July 5. This date change means that the sale will join Inglis' other revamped auction of Round 2 of the Australian Easter Yearling Sale.

Of course, these plans still could change with further governmental advice to come due to COVID-19. 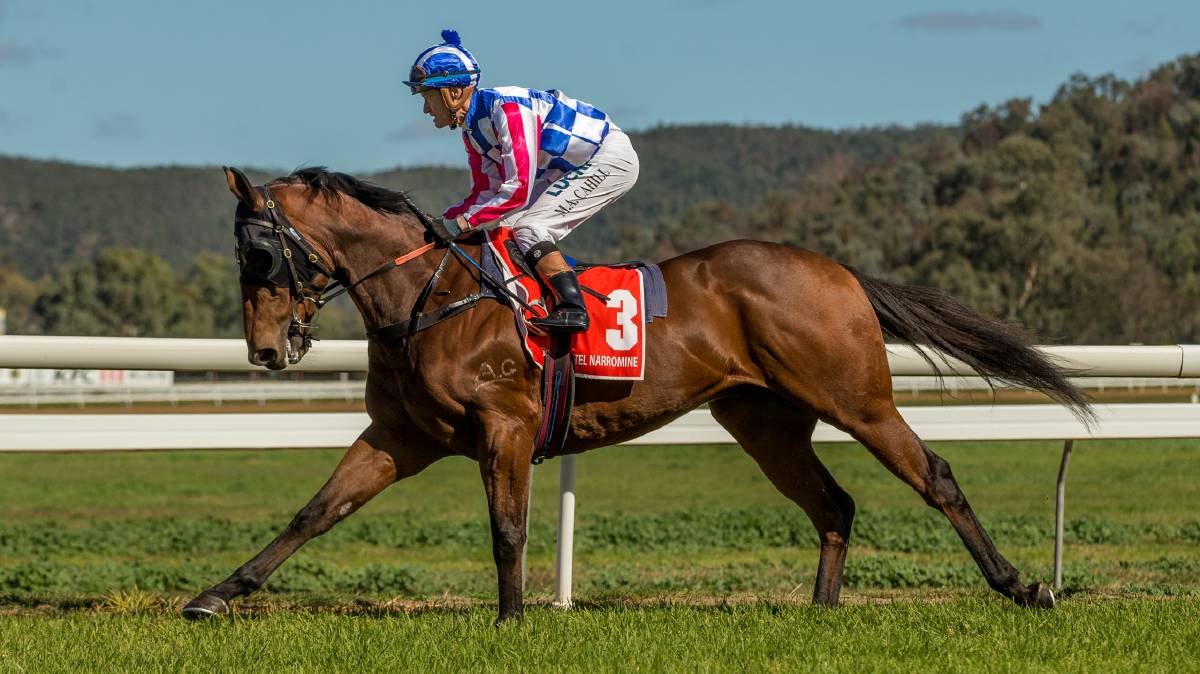 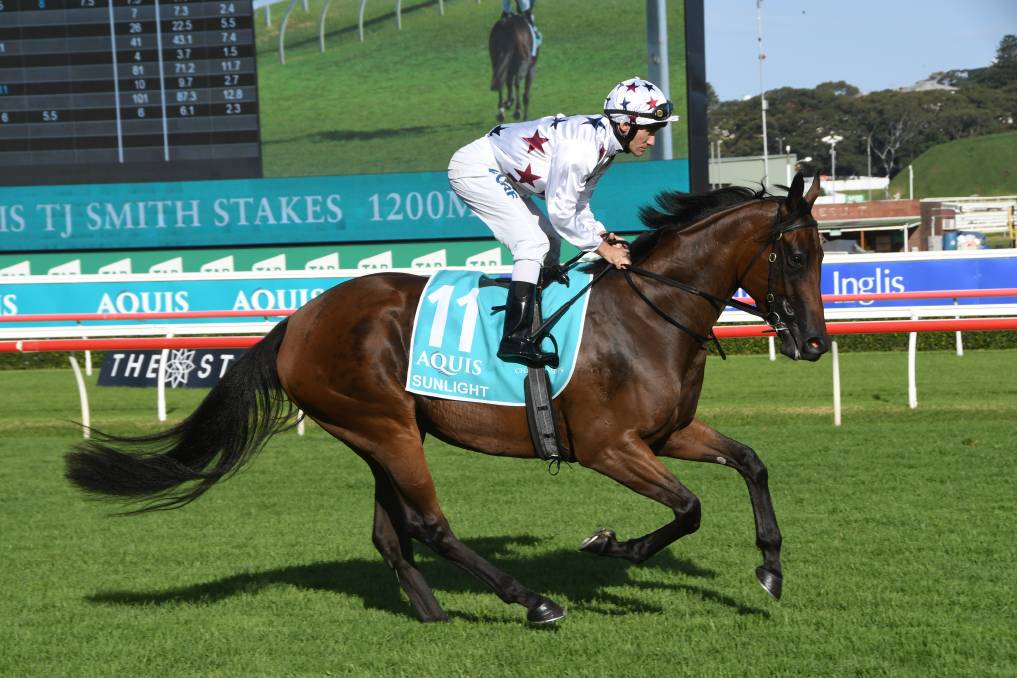 The second win from five starts (and two placings) by four-year-old Souchong at Armidale last week is good news for keen breeder and owner Louise Ellis of "Argyle", a vast grazing property in the Orange district.

Louise operates Argyle Thoroughbreds and stands Souchong's US bred sire, Mosayter, who is also sire of other recent winners Cotton On George (won at Wellington) and Isadora Twinkle (Goulburn).

Mosayter is the only son of US champion sire Storm Cat at stud in Australia.

The brown stallion began his stud career in Western Australia, where he was responsible for siring Mr Moet, a Western Australian Horse Of The Year, as well as the amazing stakes placed 12 year-old gelding Solsay, who up until mid-last month had raced 88 times for 12 wins, 11 seconds and nine thirds for $520,000 in earnings.

It's interesting to note that Mosayter belongs to one of the most celebrated English female families. His Mr Prospector dam is the stakes placed Bashayer, while his grand-dam is Group 1 winner Height Of Fashion, and his third dam GB bred Highclere, also the third dam of stud star Deep Impact.

I shuddered to read a report that New Zealand punters may now have to rely on the internet to acquire race information when our neighbours resume racing today, with daily newspapers no longer running form guides. The report said cost-cutting from its Racing Industry Transition Agency have caused the New Zealand TAB to stop funding form guides in newspapers. While there's excellent form on the internet, I still love "paper-form" and explore the Winning Post newspaper each Friday. This includes studying "Spot The Changes", looking for the 12 differences on the brilliant horse and jockey-based drawings by Mitchell Faircloth.