John Elliott might have relocated to Winton at the end of 2014 but any fears that his work as a photographer would fade from view as a result were dismissed this week when he received news that three of his works have been chosen to feature in different ways around the country. 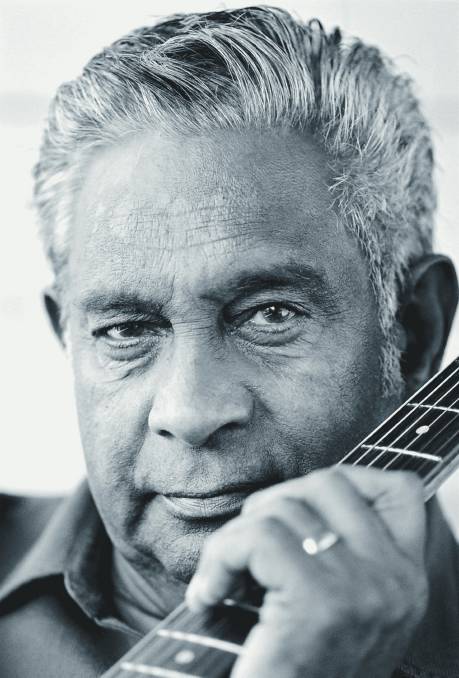 The portrait of Jimmy Little that the Walgett water tower art will be based on. Pictures supplied.

John Elliott might have relocated to Winton at the end of 2014 but any fears that his work as a photographer would fade from view as a result were dismissed this week when he received news that three of his black and white portraits have been chosen to feature in different ways around the country.

As well as a mural of Jimmy Little that will be painted on the Walgett water tower in western New South Wales, based on Elliott's portrait, his famous image of Slim Dusty and Dame Edna Everage will be on permanent display in the foyer of the newly renovated Her Majesty's Theatre in Adelaide, while his portrait of Mandawuy Yunupingu will be used in a new video clip for The Black Rock Band in their song Red, Black and Yellow.

All three originally appeared in his 2005 Thousand Mile Stare exhibition of rural Australians commissioned by the National Portrait Gallery.

Elliott said he initially thought living in a remote part of Queensland may have impacted on his work as a well-known photographer.

"Nothing could be further from the truth," he said. "I still have my work used in national publications and it is exhibited all over Australia". 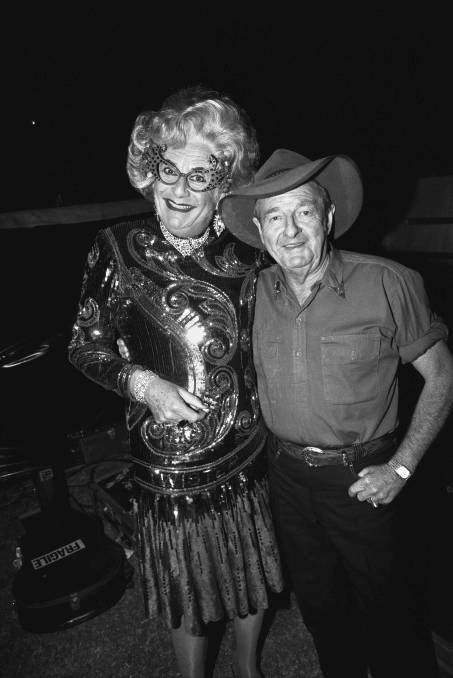 She and the Jimmy Little Foundation have been working with the local council to honour the singer and community leader, and Walgett Shire Council acting general manager Mike Urquhart said they were in the process of finalising arrangements for painting the water tower.

"Council has held discussions with a number of artists regarding various options and is also seeking input from a local Aboriginal artist who would assist with the painting," he said.

It means Walgett will join the growing number of silo and water tower art trails across the country.

There are two others close by at Coonamble and Gulargambone to the south and Mr Urquhart said they were having a phenomenal effect on the sustainability of these small towns through increased visitor numbers.

Ms Peters-Little said she was thrilled by the decision to pay tribute to her dad and recognise his contribution to reconciliation, indigenous health and education programs.

He was voted a National Living Treasure in 2004 and awarded the prestigious APRA Ted Albert Award for outstanding services to the Australian music industry in 2010. 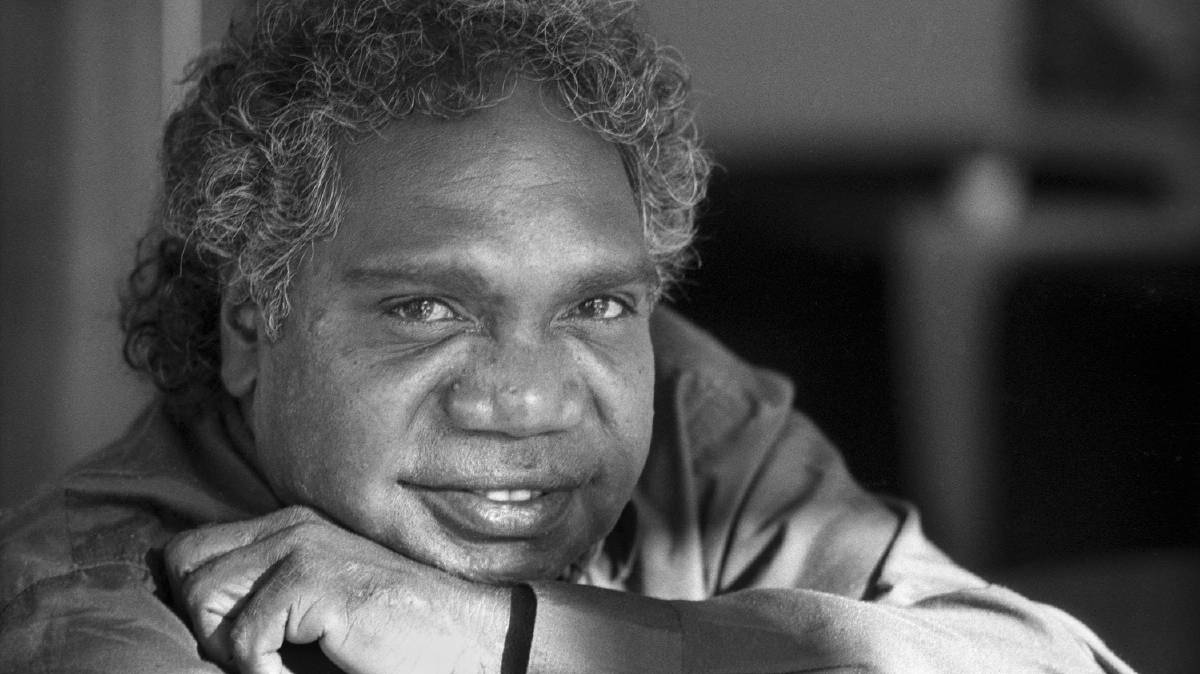 Darwin's Black Rock Band wants to use this portrait of Mandawuy Yunupingu in a musical video clip.

The photo of Dame Edna and Slim Dusty was taken in 1993 and will be printed on metal for hanging in Her Majesty's Theatre in Adelaide, while the Darwin band wants to use the image of musician and educator Mandawuy Yunupingu in a video clip.

Elliott, who grew up in Blackall, is well known for his iconic photographs of Australian country music artists such as Slim Dusty, Keith Urban, Troy Cassar-Daley and many others.

"I did these portraits because I admired the subjects as artists and loved them as human beings," he said.

"It is a thrill to see all of them being honoured in different ways.

"I was honoured when Franny Peters-Little invited me to be involved in this amazing project in Walgett.

"It will be incredible to see the finished work."