Tamworth's equine and livestock events centre has had a coronavirus glow-up, and won't be held back by Equestrian Australia entering administration. 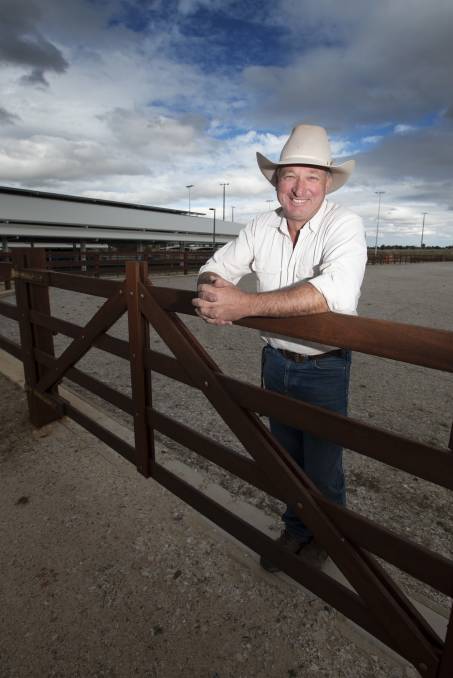 PLANNING AHEAD: Tamworth's AELEC manager Mike Rowland said the facility is set to host an array of events later in the year. Photo: Peter Hardin 100620PHB021

EQUESTRIAN Australia entering voluntary administration will have no direct impact on Tamworth's state-of-the-art equestrian and livestock events facility, its manager has confirmed.

He said AELEC hosts horse events primarily affiliated with the state sporting body, Equestrian NSW, which is separate to it's national counterpart.

Equestrian Australia announced on Monday it would go into voluntary administration.

Despite a three-month shutdown amid the COVID-19 pandemic, AELEC is ploughing on and planning for a packed program once coronavirus restrictions ease up.

"There's been plenty happening in terms of maintenance, site maintenance and getting ourselves ready for when we can finally kick off again," Mr Rowland said.

"But in terms of events and training days, absolutely nothing since mid-March when things shut down."

The facility's unique and diverse program is responsible for bringing a massive financial gain to Tamworth city.

Mr Rowland estimated more than $7 million in revenue had been lost to the Tamworth region through AELEC's cancelled events alone.

But the AELEC team have been making the most of a very rare break for the facility by giving it a makeover, which would otherwise have been impossible.

Arenas have new surfaces, hundreds of square metres of fencing has been painted, cattle yards have been rebuilt and even the paddocks are being aerated.

And it's all in the lead-up to what is shaping up to be a big finish to the year.

"We've got event organisers champing at the bit, we've got competitors that are mad keen to be back here ... and we're desperate to welcome them back to Tamworth," Mr Rowland said.

The National Cutting Horse Association Futurity should be wrapping up at AELEC this week, but the futurity and a number of other large events have been postponed until the last three months of the year.

The story Riding out the storm first appeared on The Northern Daily Leader.