Square Meaters are known for their calm temperament, but for Christine Wade at Silver Gully Farm, that's only the beginning. In the early morning light, the silvery backs of cattle glisten through the long grass.

Against the backdrop of tall shady trees, the Square Meaters wander lazily, grazing and enjoying the sunshine.

This is the view that greets Christine Wade as she heads to her on-property surgery each day. It combines her two great loves: being a doctor and raising cattle.

Christine, who owns Mountain Medicine at her Mangrove Mountain property on the Central Coast of NSW, has been raising Square Meaters for two decades, and she says they are the perfect breed for her.

Square Meaters were Christine's first choice when she and her husband Peter bought their 16-hectare property in 2000. 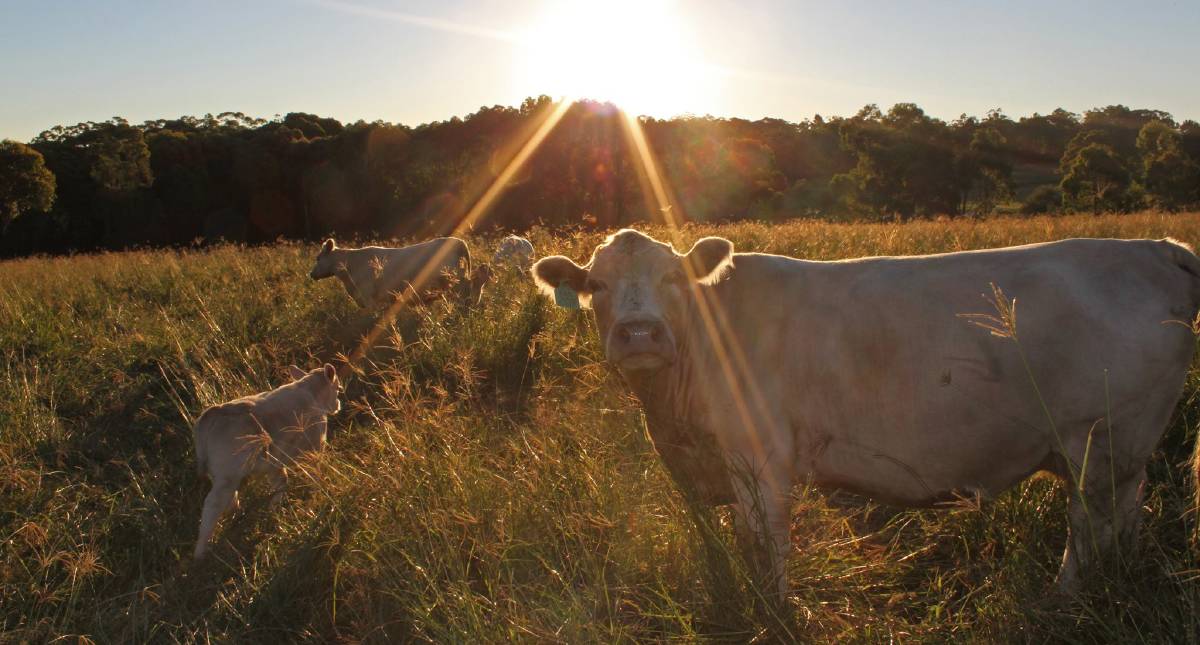 "We were looking for a breed that suited our lifestyle," she said. "You have to choose livestock which suit your abilities and set-up."

They bought two registered cows in calf, with a calf at foot to begin their Silver Gully herd. She said at that stage, the breed was in its early years, but there were many things that instantly appealed. "They are the true guardians of the genetics of the Murray Greys," she said. "They are the original size of Murray Greys: one metre tall and one metre long at 12 months of age."

Christine said their docility was impressive. "It's all about temperament," she said. "They are inquisitive. They have high fertility, easy calving and good maternal traits." The stud calves are tagged in the paddock, so the cows get used to having people nearby. "They are great mothers, but they are not fierce. They don't get aggressive," Christine said. But when her husband passed away in 2004, the benefits of the breed were made even clearer. Christine had three young children and was a full-time doctor, but she continued to run the farm. "It was only due to the qualities of the Square Meater cattle that we could keep going," she said.

Silver Gully has had success in the show ring, winning champion ribbons at both Canberra and Sydney royals. But for Christine, the most memorable time was when they were awarded reserve champion junior female at Canberra Royal with a heifer born on the day her husband passed away.

Today, Christine runs around 40 breeders on two properties. She said their early maturing was a big bonus. GROWING: Square Meaters are known for their early maturing.

"We finish them at around 15-months-old. And they are mostly pasture raised, but are just finished on pellets. They are grown with grass and love. We just love our cows."

And she loves having her children involved. Her daughters Hannah and Millie, son Joseph and their partners help with the farm and business in different ways. "Every member of the family contributes," she said.

The value is in the cheaper cuts. This is what Christine Wade from Silver Gully Farm has discovered, and for her, this is where Square Meaters come into their own. Christine, who is vice chairperson of the Square Meaters Cattle Association of Australia, started her own Paddock to Plate business around 10 years ago.

Their steers are finished on their Mangrove Mountain property, sent to the abattoir and then dressed by butcher Jake Forbes, Wyong. Customers pick up their premium beef packages from the butcher, which include a range of cuts.

Christine said the quality needs to be in the cheaper cuts of meat. "Anyone can pay big dollars for a premium steak," she said. "But the value is in being able to provide the flavour and tenderness in all cuts. We encourage people to use the whole beast. And we are teaching people how to use the cheaper cuts. The cheaper cuts are fabulous. Everyone raves about our mince. It is really good quality, lean mince."

Perfect breed for getting started

It takes time to learn how to work with cattle. And Christine Wade from Silver Gully Farm believes Square Meaters are ideal for someone who is just learning the ropes. CALM AND CUTE: Square Meaters are known for their calm temperament.

"A lot of tree changers have low experience with cattle," she said. "These are a good cattle breed for them."

"Even when we have friends coming out, or we take people in among our cattle, the fear factor is low."

Christine said this became even more obvious when her partner Jeff Genge joined the family.

"His experience was with plants. But he felt comfortable with the Square Meaters straight away. He trusts them," she said.

Christine said, as a stud, she takes her role very seriously.

"I have a responsibility as a breeder to make sure people have after-sale service," she said. "I support them through the journey, and make sure I will pick up the phone and answer questions."

"I know I can sell our cattle to people who don't have a lot of experience with cattle."