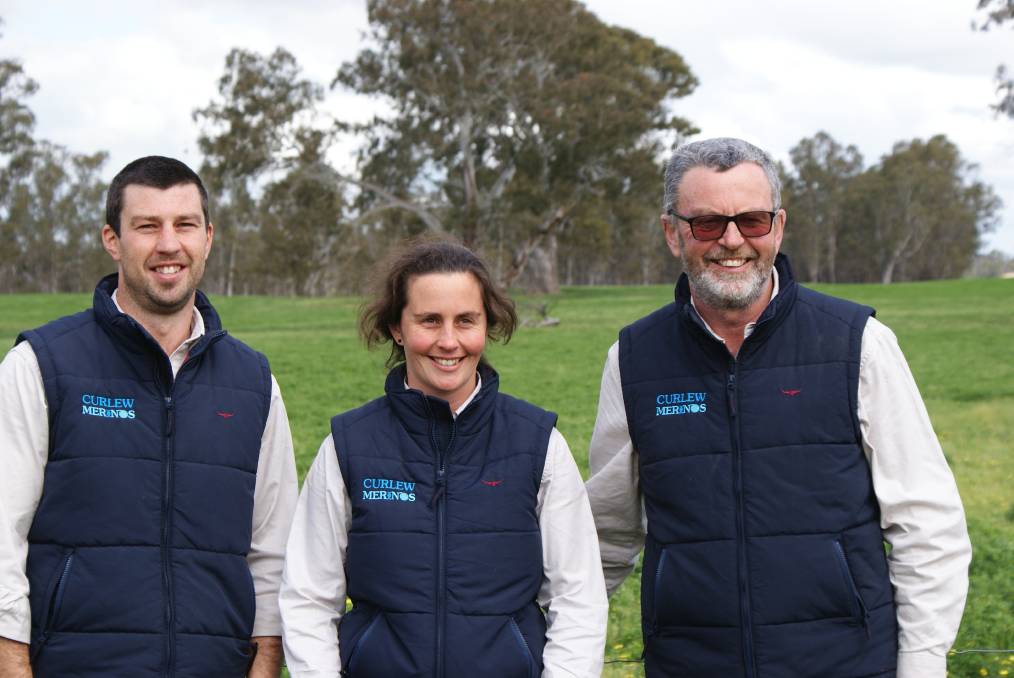 EXTRA weight gain, easy lambing and reliable performance - they're some of the benefits of using White Suffolk terminal sires in first or second-cross lamb production.

Elise Kealy, who farms alongside her brother Bernie and parents Tony and Ange, near Edenhope in western Victoria, has been using White Suffolk sires over 45 per cent of the family's self-replacing Merino flock for the past 15 years.

The 1900-hectare property Curlew runs about 12,000 sheep, including the Curlew Merino stud, with the farm split over two locations, 50km apart.

While the first-cross operation is a sideline business to the wool production, it's become a profitable enterprise in its own right, spreading market risk for the family and injecting more regular cash flow.

"Over the years we tried Border Leicester and Poll Dorset rams but we like the White Suffolk cross because they're a more labour efficient animal and reliable performers," Ms Kealy said.

"The first-cross operation fits the whole farm operation, with our season and pasture curve, extremely well."

The Kealys have been using Waratah and Pioneer genetics for the past few years, selecting genetics for low birthweight to suit the Merino ewes, along with extra growth and muscle, minimal fat and good worm resistance.

Running a highly fertile flock of Merino ewes means the family can run a split joining, beginning with a three-week joining.

"Eighty per cent of our ewes will fall within those three weeks, and there's only a small percentage in the second lot, which makes lamb marking and marketing easier because it's an even line of lambs," Ms Kealy said.

Lambs are finished on pasture, including phalaris, clover and lucerne, and sold as suckers at 16 to 20 weeks, usually weighing from 30 to 35 kilograms.

"Because of our winter dominant rainfall we get a big flush of pasture in spring and the lambs utilise that.

"When the season dries out then we get rid of the crossbred lambs, so the time of sale depends on the season that year." 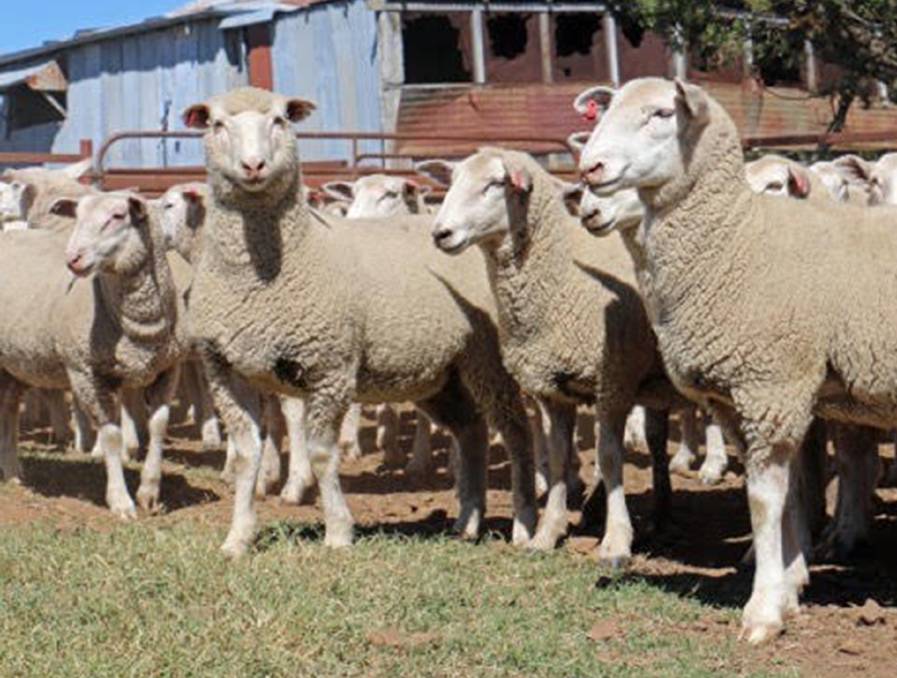 The wether portion is sold through the Naracoorte saleyards in South Australia and last year's ewe portion was sold privately.

"The breeder who purchased them was really happy with them, so we hope to sell the ewes to restockers again," Ms Kealy said.

"We believe in investing in good genetics and it's nice to be rewarded for that because others see the value in our genetics."

White Suffolk-infused sheep are growing in demand as producers look for an alternative to the traditional Border Leicester/Merino ewe used in the region.

We like the White Suffolk-cross because they're more labour efficient and reliable performers. The first-cross operation fits the whole farm operation, with our season and pasture curve, extremely well. - Elise Kealy, Curlew, Edenhope, Vic

"We had potential purchasers who were keen on the sheep before they were born," Mr Douglas said.

"It's sometimes hard to find traditional first-cross lambs in larger numbers and we were able to say to our clients that we do have sheep in our own area that would suit the job.

"Both our clients selling first-cross ewe lambs have very good Merino flocks, and they're buying top end White Suffolk genetics. A lot of people see them as a meat breed only but given the right environment they can perform as breeding sheep." 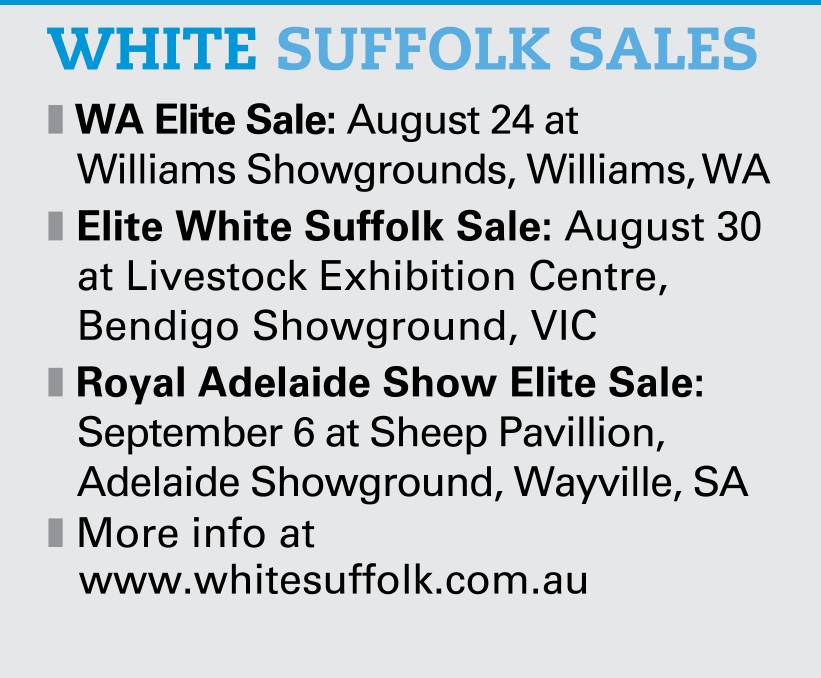