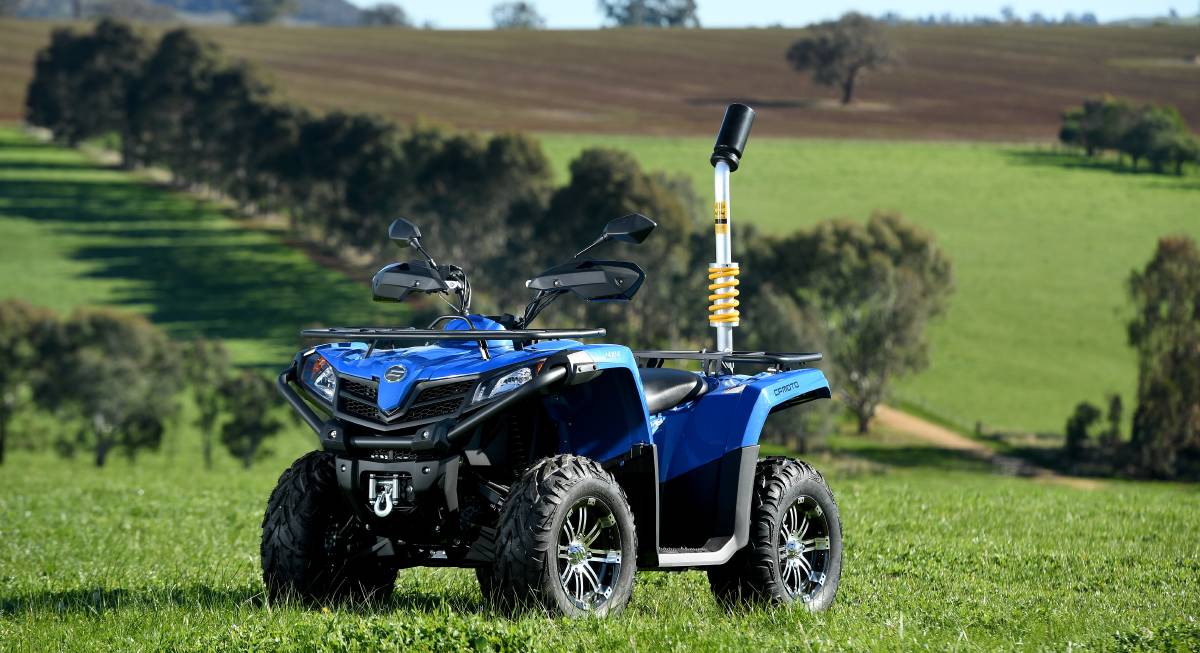 Motorcycle manufacturer, CFMoto, says it is taking steps to ensure all its quad bikes comply with new safety regulations a year ahead of the mandatory schedule.

Major motorcycle manufacturer, CFMoto, says it's in the Australian quad bike market for the long haul and has released a new 400cc model which complies with new mandatory safety standards due to apply from October next year.

CFMoto's Australian distributor, Mojo Motorcycles, said the entire CFMoto quad bike range would be updated to meet the requirements of stage 2 of the Consumer Goods (Quad Bike) Safety Standard by next October, a year ahead of the mandatory timeline.

The Federal Government announced the introduction of the new safety standards last October in a bid to cut quad bike deaths and serious injuries.

By October 11 next year all new quad bikes will have to be fitted with a rollover protection device and meet minimum stability requirements.

The new rules triggered an angry reaction from some manufacturers with Honda, Yamaha and Polaris announcing their exit from the Australian market.

"Following our own assessment of the new quad bike safety standard in 2019, we made the decision to remain in the Australian market with CFMoto quad bikes."

"To meet the rollover device requirement, Mojo Motorcycles worked with Quadbar, an operator protection device (OPD) manufacturer in Clifton, Queensland, on a tailored OPD solution that is installed by their dealer network during the pre-delivery process," Mr Poynton said.

"Quadbar was one of two OPD manufacturers listed in the Government standard. Being an Australian made product with 13 years of research and development invested in their design, we viewed them as a good partner to work with for the supply of OPDs to meet the requirements of stage 2 under the standard.

"The decision to release an updated model range one year in advance of the mandatory regulation is to help execute a smoother transition for CFMoto customers and dealers."

Meanwhile, the new CFMoto CFORCE 400 EPS is available from dealers for a ride away price of $7990.

The story CFMoto says its quad bikes are here to stay in Australia first appeared on Farm Online.