Rainfall has been patchy across the southern region 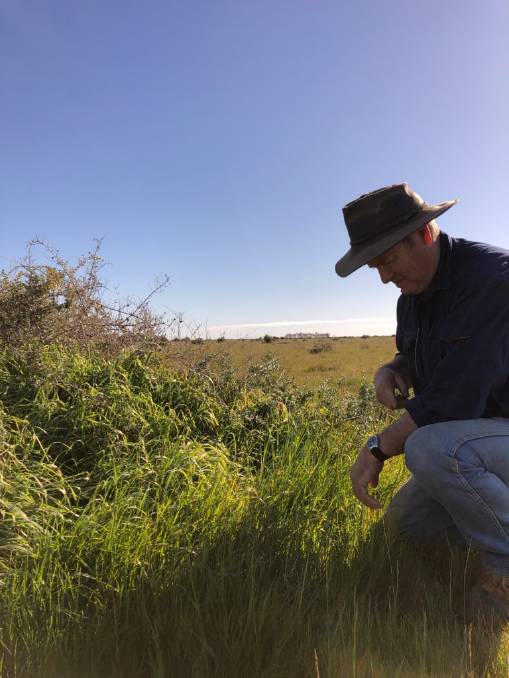 While other parts of the state have received reasonable rain, the Monaro has missed out on what landholders were hoping would be a drought-breaking fall.

On their Peak View district property north of Cooma, Brett and Jane Constance have taken steps to both look after their stock and their country.

Mr Constance admitted his country is not as bad as that south of Cooma, but he is not complacent about the short-term.

"We've had a couple of little breaks since Christmas but not enough to grow crops," he said.

"We have done a lot of de-stocking and have been lucky to be able to send a lot of our ewes away.

"But it will be tough soon when I have to bring the ewes home three weeks before lambing and we don't have any feed."

Mr Constance has started to feed again after a short break, and he is also shearing his wethers with six-months' wool and selling them.

"Half of our wethers will be gone by next week and the market is still strong," he said.

"It is going to be tight feeding the sheep now that the wool market has come back a bit. At least during the last couple of years the good wool prices have helped pay for the feed."

The ability to be able to send stock away on agistment has been a boon for Monaro producers, according to Schute Bell Badgery Lumby Cooma manager Ben Litchfield.

It has been a very tough time and the wind during the past 18 months has taken its toll.

"Stock numbers have been reduced with producers taking advantage of the good prices," he said. "Sending stock away on agistment has been a nice option as landholders reduce the pressure on their country.

Reports for seasonal response across the Riverina vary from the best start in 16 years to really needing a drink.

Whilst Magnus Aitken, manager Steam Plains, Conargo said it is the best start he has seen in 16 years, country closer to Denilquin could do with a good fall soon according to Mark Braybon, Nutrien, Denilquin.

"We are not desperate but there are areas which have been missing out on the big falls," he said.

"The black country is hanging on but the lighter country is going off but would respond quickly when it does rain.

"Clover and grass growth is good, as good as we have had for a while but we do need rain soon."

On Avenel, Wanganella, Colin McCrabb said he had a very good start to the season but is in need of a bit more rain now.

"Otherwise, the trefoil strike has been good along with grass and bush on the plains.

"We are one good rainfall event from a good spring."

Out west at Balranald, Tony Conway, Leo Conway Agencies principal said the district is not quite in desperate straits but could do with a decent fall soon.

"There is a green tinge of pasture and it is just hanging on with a bit of yellowing..

"North of Balranald towards Hatfield it is patchy while going east it gets better closer to Hay."

The country around Hay is very good according to Geoff Macdougall, Nutrien, Hay manager while around Booligal it is very good and Hillston district is also reasonable following very good rain in March.

"Pasture around Oxley has dried off by frosts and it is really dry at Homebush and Ivanhoe," he said.

"But generally the early break has been welcome.

"We are getting some very good lamb marking results, 136 percent to 138 percent is common."

Mr Macdougall attributes the good percentages to a cool summer which led to good conception rates, around 98 percent.

"Also with a bit of rain and dews the ewes don't have to move far after lambing for a drink so they can look after the newborn lambs for a bit longer before moving them."