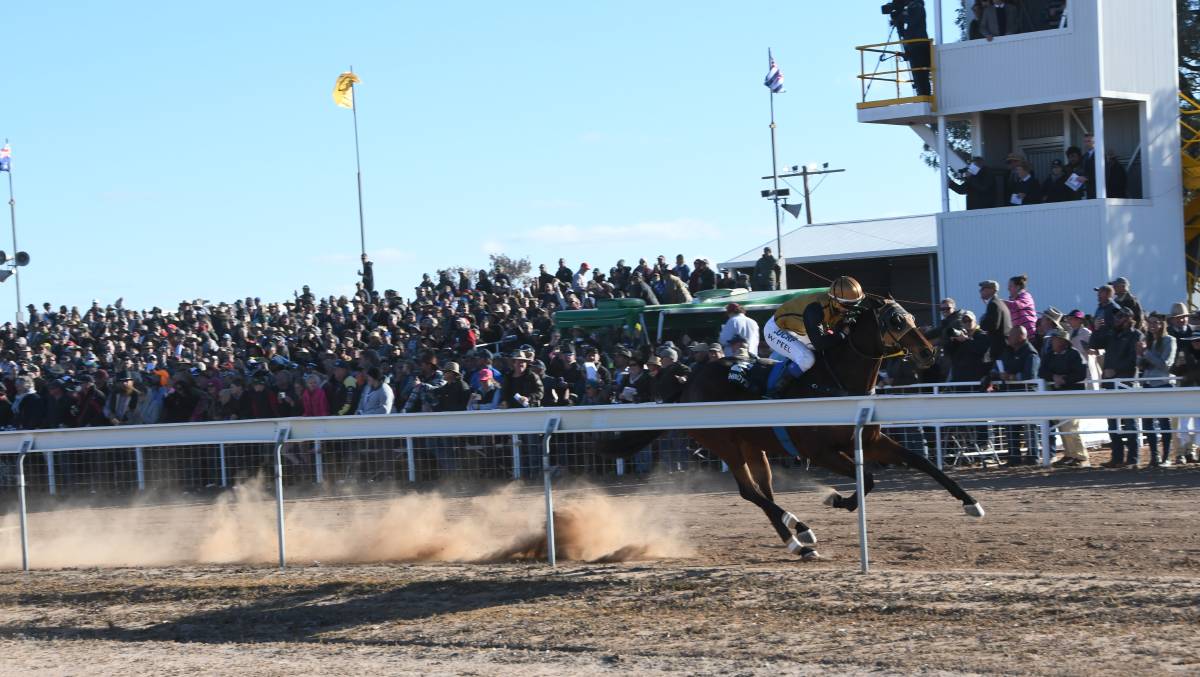 Staged return of owners to racetracks

IT is great that some owners are being allowed back to the city tracks, albeit under strict COVID-19 enforced conditions.

According to Scott Kennedy - Racing NSW (RNSW) General Manager of Industry and Analysis, RNSW are working to provide a staged return of owners and racegoers back to country and provincial racecourses, within guidelines of the NSW Department of Health.

"One of the key measures that we introduced which was essential to racing being able to continue during the COVID-19 restrictions was requiring NSW race clubs to reconfigure their premises," said Mr Kennedy.

He said that reconfiguring their premises allows for additional jockeys' rooms and segregated areas for trainers, given the four-square metre rule and the 1.5 metre social distancing requirements.

"This has meant that in the majority of provincial and country race clubs, the areas that were previously dining/bar areas have been converted to additional jockeys' rooms and segregated areas for trainers."

Mr Kennedy said that this has made it difficult for those race clubs to take advantage of the most recent easing of restrictions that allow race clubs to have up to 50 persons in "existing separate seated food or drink areas".

"RNSW is continuing to work closely with the government on the further easing of restrictions to permit owners, then racegoers, to be able to attend racecourses without being confined to an 'existing separate seated food or drinks area'".

THE easing of owner restrictions has not come quick enough for the Louth Turf Club, the committee making the decision to cancel this year's August event. However, connections are already suggesting a "bigger deal" at the 2021 Louth races. "We have started planning on a bigger and better Louth races for 2021," said president Jim Strachan of Lakemere, Bourke.

While we have to wait for more about the 2021 Louth races, interested visitors can begin their own planning for its date of August 7 next year. But for this year the news was understandable.

"We (committee) really didn't have any choice, we have hung on and hung on and hung on, but there are too many ifs, buts, and unknowns," Jim said. "We can't just put together the Louth races in a couple of weeks, we just had to make a call."

"It is very disappointing; we just couldn't see enough in front to do everything that is required to put the meeting together and I couldn't see the laws lax enough to allow four or 5000 people at the Louth races."

Annually Louth - a hamlet on the western side of Bourke and Cobar, attracts a throng of people from all over the State and beyond to enjoy the races as well as a number of other activities including a damper and a golf competition - with oiled "greens" in the preceding days.

Jim said that while it is a lot of work (to get the races going) he really enjoys it, and it is fantastic for the community and the district.

THE third successive win at Randwick recently by the Kris Lees prepared filly Wandabaa is not only good for connections of Newgate Farm, Aberdeen, but also for broodmare owners looking for an avenue for a proven Snitzel sire at a value fee.

Newgate Farm is home to Wandabaa, a first crop three-year-old daughter of Wandjina, his 2020 service fee being slashed by half to $5500. A Group 1 winner and a $1 million dollar yearling himself, Wandjina should also be recalled as the sire of his emerging second crop two-year-old son Mamaragan, who won the ATC Skyline Stakes-G2 on debut before placed third to Farnan Golden Slipper Stakes-G1 and Sires Produce Stakes-G1 earlier this year.

One of Wandjina's stable companions is five times Group 1 winner Dissident, who also offers broodmare owners a half-price service fee for 2020. Now a young sire of winners, Dissident was an Australian Horse Of The Year, and is a son of Widden Stud's now deceased outstanding sire Sebring, a Golden Slipper winning son by Vinery Stud's champion stalwart More Than Ready.

TEN-year-old French Command put in a gutsy effort on a heavy track to score his 16th win (also having 16 seconds and 17 thirds from 148 starts) at Port Macquarie last Sunday. Trained by Hilary Dew at Kempsey, the gelding is by Commands stallion Court Command. 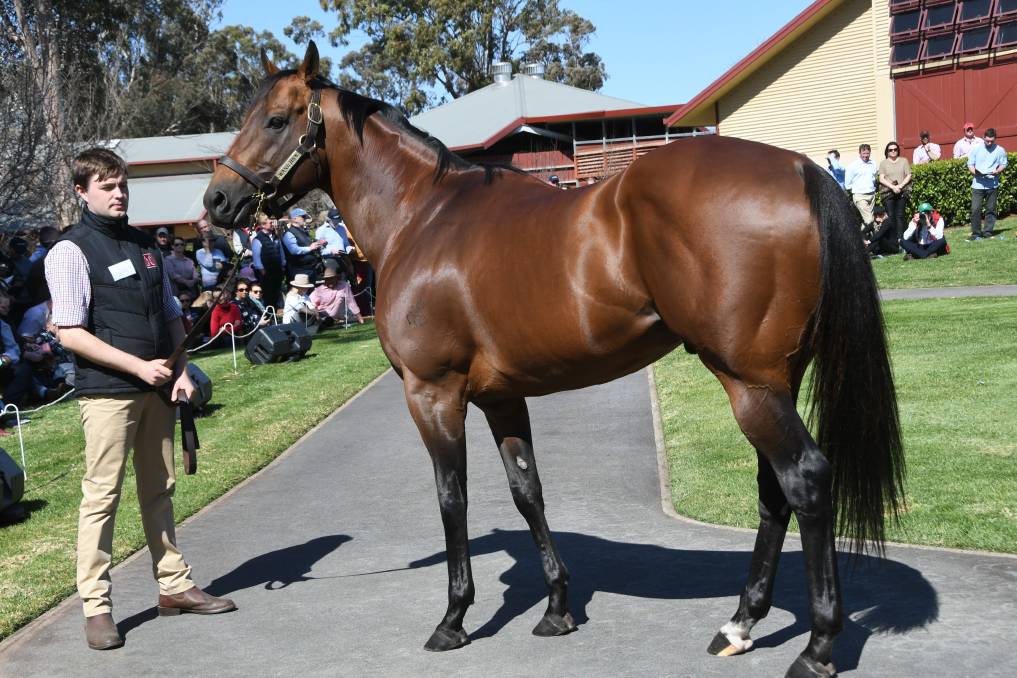 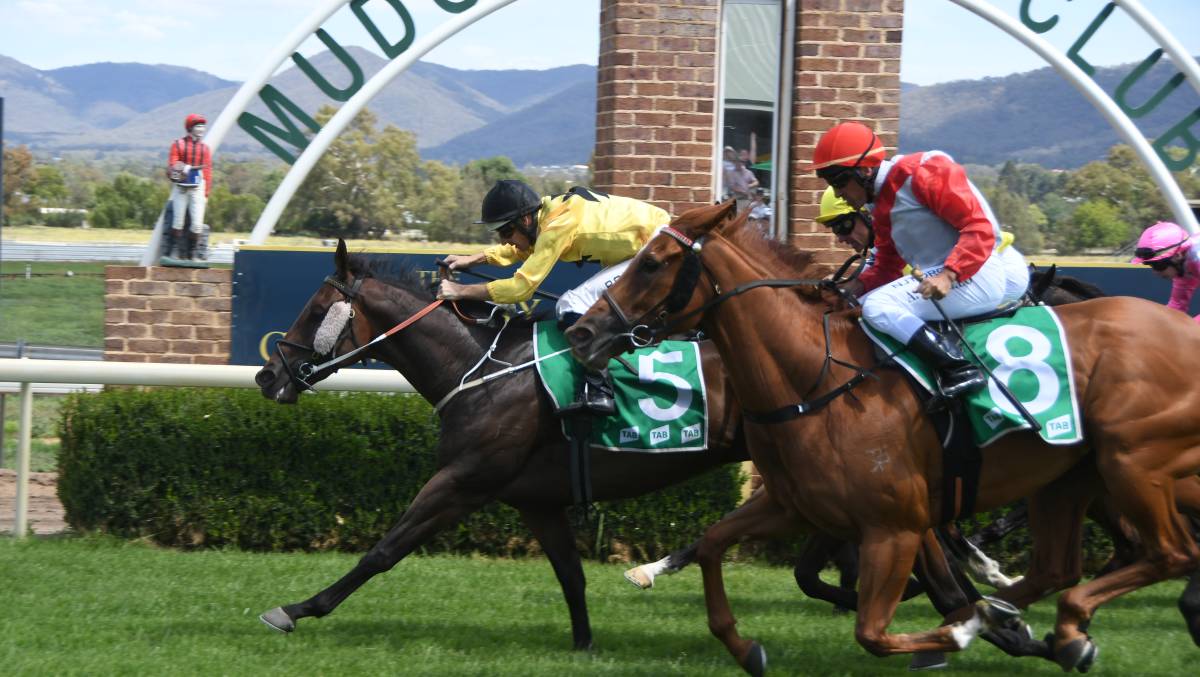